Zmeelov has collected an incredible “harvest” of rattlesnakes

A resident of North Bay (California, USA), who noticed that a snake had slipped under his house, immediately turned to specialists. 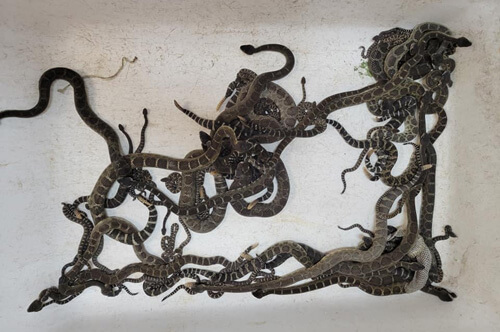 Zmeelov Al Wolf, who came to the rescue of the homeowner, really provided invaluable help, but the expert admitted that he would like such workdays to fall to his lot as rarely as possible. After spending about three hours under the house, Al collected an incredible “crop” of 92 rattlesnakes. Needless to say, the man was tired, worn out and dominated by not particularly pleasant emotions. 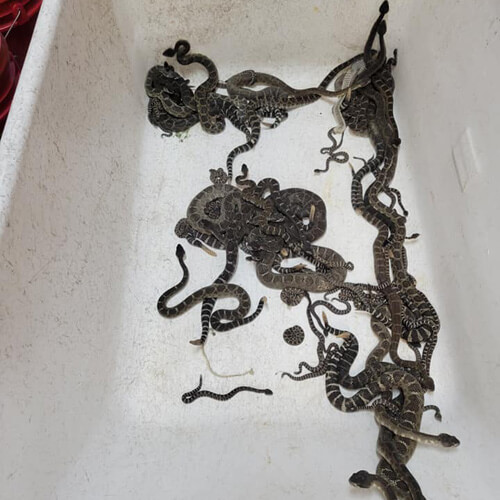 Later, snake catchers added that such an accumulation of reptiles is a rather rare occurrence. In this case, it is likely related to the recent drought. It is she who makes snakes massively go to areas where there is water and lizards and rodents are found, which can be hunted.

A small snake crawled onto the hood of the car, but it was not given a ride