Zhirinovsky revealed Furgal’s plans to resign even before the arrest 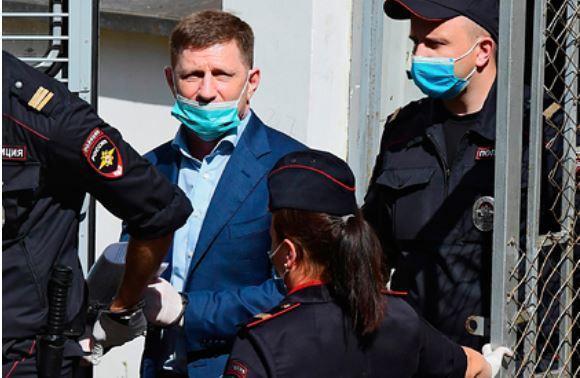 The former governor of the Khabarovsk Territory, Sergei Furgal, before his arrest, intended to submit a letter of resignation of his own free will. The plans of the arrested politician were revealed by the leader of the Liberal Democratic Party of Russia Vladimir Zhirinovsky, reports TASS on Wednesday, July 22.

“The governor was already going to come to Moscow on Tuesday, write a statement of his own free will. (...) He flew to Moscow, flew to me, I persuaded him, ”Zhirinovsky said.

Furgal was detained by the FSB and the Investigative Committee on July 9. The next day he was arrested. He is charged with attempted murder of businessman Alexander Smolsky and ordering the murders of two businessmen due to differences in business. The crimes were committed in 2004-2005 in the Khabarovsk Territory and the Amur Region. The 50-year-old politician denies his guilt. In his opinion, the criminal proceedings are connected with his political career, in particular with the governor's office. If they confessed, Furgal told his lawyers to call for psychiatric help.