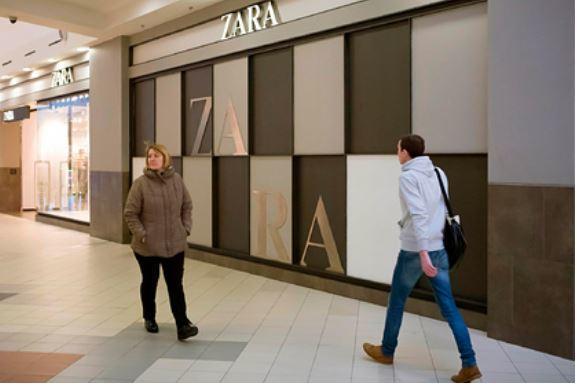 The Spanish company Inditex, which owns popular mass-market chains Zara, Bershka, Pull & Bear and others, will close its Russian stores of Lefties cheap clothes. This was reported by "Vedomosti" with reference to real estate consultants.

This information was confirmed by the manager of one of the shopping centers where the Lefties store is located. He stated that the owner of Inditex does not intend to renew the contract expiring in January 2021.

According to Marina Malakhatko, director of the CBRE retail department, the brand has encountered difficulties in Russia due to climatic conditions: it turned out to be expensive to produce winter collections in the low-margin segment.

In addition, in 2020, Russians were more likely to spend money on essential goods, health and education due to the pandemic and economic instability. On the other hand, they cut their expenses on clothing and entertainment.

Since 1999, unsold items from the Zara collections have been on sale in Lefties stores. In the future, under this brand, they began to produce budget lines of clothing, footwear and accessories. The first branches of the brand appeared in Russia 15 years later; they opened in Moscow and St. Petersburg in the former premises of Zara discount centers.

In October, mass-market maker Zara re-launched iconic garments from its own collections of the 1990s and 2000s as part of a new Archive Collection campaign. The brand's assortment includes updated items from the old lines, whose faces in the past were supermodels Kate Moss, Amber Valletta, Saskia de Brau, Stella Tennant and Caroline Murphy.