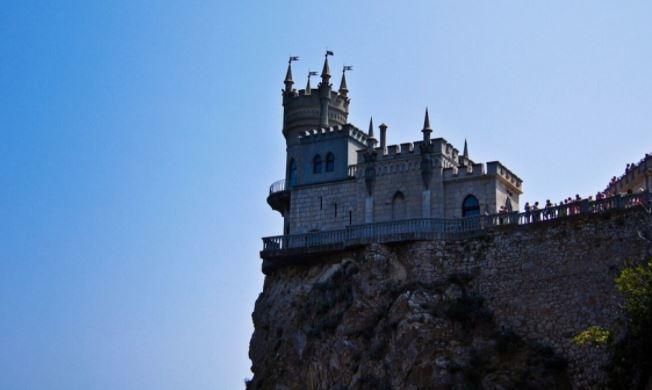 By deliberately introducing a water blockade of Crimea, Kiev violated its human rights obligations, enshrined in international documents. This was stated on Friday at a briefing by the official representative of the Russian Foreign Ministry Maria Zakharova.

She emphasized that the human right to water is a prerequisite for respect for human dignity, which in turn is linked to the right to life, food and primary hygiene.

Zakharova called such documents the International Covenant on Civil and Political Rights, the International Covenant on Economic, Social and Cultural Rights, the Convention on the Rights of the Child and the Convention against Torture and Other Types of Punishment. The representative of the Ministry of Foreign Affairs emphasized that these documents protect the rights of regular meals, freedom from hunger and approve a reasonable and equitable distribution of world food supplies. Zakharova also noted that Russia is constantly working to fully and effectively ensure for the citizens of the Russian Federation their human rights, including the right to water.

The representative of the Ministry of Foreign Affairs also stressed that Russia considers the deprivation of the peninsula of fresh water as "collective punishment of the Crimeans for a free conscious choice" and considers it harmful not only for Crimea, but also for the southern regions of Ukraine.

“If the Republic of Crimea, which was reunited with Russia, was able to gradually adapt to the new conditions, continuing its economic and social development, then the neighboring Kherson region of Ukraine faced environmental and sanitary-epidemiological threats. And all this once again testifies to the fact that in its Russophobic zeal, the Kiev regime is ready for any kind of adventure, up to the one that harms its own national interests and the citizens of Ukraine, ”she summed up.

Also earlier, the press service of the Ministry of Emergency Situations of the LPR reported that Ukraine had limited the supply of water to the territory of the Lugansk People's Republic.