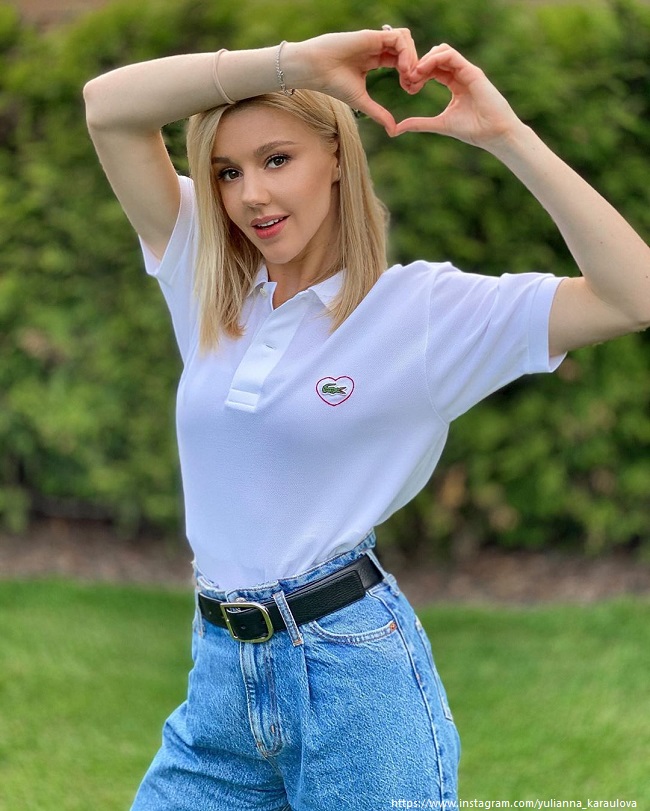 The actress informed the public about her pregnancy in a very original way, presenting a new music video, in which she showed her noticeably rounded belly. Yulianna Karaulova has not yet told whom exactly she is waiting for – a boy or a girl, but she does not hide that she was a little upset when she found out the gender of the future baby.

Julianna, no longer hiding, goes out into the world, does not hide the changed figure under baggy clothes, and also gladly shares the emotions that an interesting position gives her.

“Now I am beginning to notice the things that I didn’t pay attention to before. As for work, now I’m not as active as before, but I still have concerts. When a new life arises inside you, you need to make discounts to your body. Now I am not allowed to play sports, but I try not to eat sweets. I can say that I have already gained nine kilograms“, – said the 32-year-old actress at the press brunch of” Russian Radio “

Julianna already knows the sex of the unborn child, but so far she keeps this information secret.

“As for the name of the child, I have options. When he is born, we (the singer is pregnant by sound producer Andrey Cherny, – approx. “Z-ia.ru”) will see if we will understand whether this name suits him or not. Now I know the gender of the child. To be honest, I was initially tuned to a different gender, so when I found out everything, I was a little upset – probably, it’s hormonal. But now I’m happy that this is exactly how it is“, – noted Karaulova.