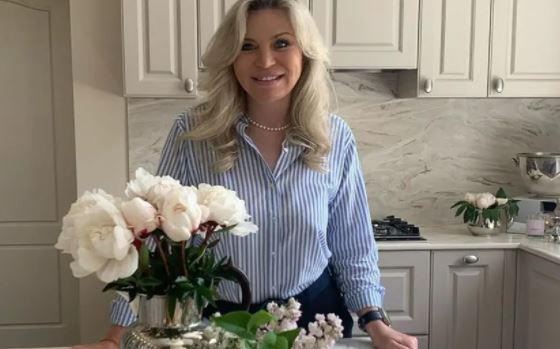 The wife of fashion designer Valentin Yudashkin Marina reacted to the news about the conflict with the actor Dmitry Dyuzhev. The wife of the eminent couturier denied such publications.

The media reported that at the recent screening of Yudashkin in the Kremlin, a scandal allegedly occurred with the participation of the artist. According to these reports, the actor allegedly tactlessly spoke about the designer’s cancer, after which he was kicked out of the event. According to Yudashkina, she and her husband have been close friends with the Dyuzhev family for many years.

“So this is an absolute lie. I don’t understand what nonsense they have invented. For me, this is just a surprise. There was no show. What are we talking about? If there was no show, what could he say? ” – the fashion designer’s wife was indignant in the comments to kp.ru.

Yudashkina called the news of the scandal with Dyuzhev stupidity. According to the couturier’s wife, this story was invented by journalists sitting at home during the lockdown.

The press secretary of the Fashion House Valentina Yudashkina, Polina Shavo, also did not confirm the reports about the quarrel between the actor and the fashion designer. According to her, couture collections are usually shown in the Kremlin in spring.

“That is, recently it certainly could not have happened, since they are writing about it now. And I have never heard of anything of the kind that took place at our shows, ”concluded Chaveau.

Dyuzhev himself also commented on publications about the scandal with his participation. He called this news feed fabricated and said that it was a “response” to his refusal to participate in a certain show.