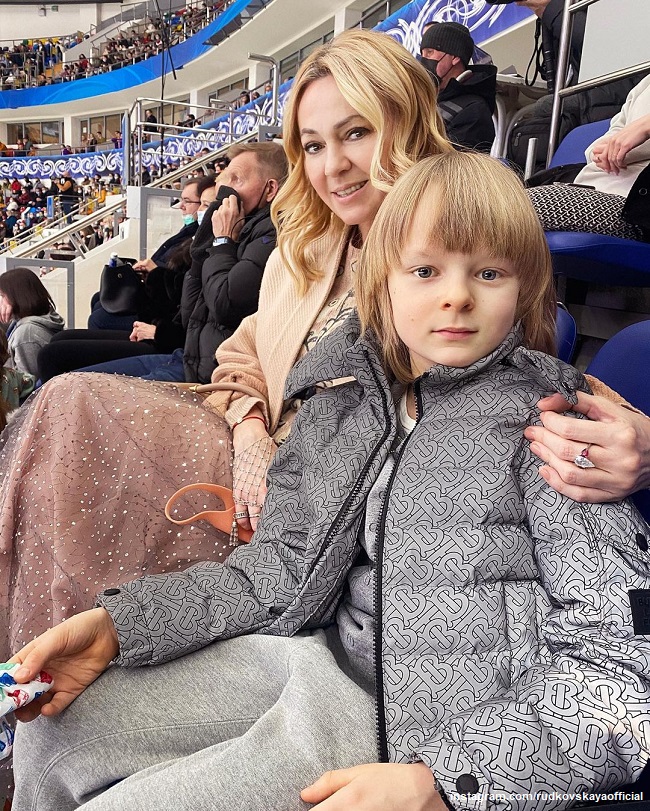 The star producer and skater have been happily married for 11 years. The couple have two children: eight-year-old Alexander, whom, with the light hand of his parents, everyone is used to calling the Gnome Gnomych, as well as little Arseny. The boy turned four months at the end of January: a surrogate mother carried him out for the star spouses. Yana has two more eldest sons from her marriage to Viktor Baturin. Andrey is now 19 years old, and Nikolay is 18.

Rudkovskaya plunged headlong into caring for her youngest son. The star never hid that she also dreams of a girl: she does not exclude that the family will expand further. Sasha is happy to help in taking care of the baby Yana. The boy was imbued with the role of an older brother.

Today, the famous blonde arranged a tender photo session with her younger sons. Yana appeared in a spectacular fluffy dress in a delicate shade, thanks to the miniature length of which her slender long legs appeared in all their glory. Sasha was captured in a home suit, consisting of a T-shirt and shorts. Yana was holding baby Arseny in a charming jumpsuit in her arms, and Sasha tenderly kissed her little brother.

Fans of the star family were delighted with how tender and warm relations the brothers bind. “Magic tenderness ☺️☺️❤️ “,”You are lucky that the elder loves the younger so much. My older brother, when I was born, told my parents “Take her back 😂“There was no question of kisses”, “You are the best mother”, “Happiness and health to your family”, “You look so cute. 😍 “,”How good, brothers ❤️ “,”Happiness to you and your family 😍 “, – wrote the commentators.