Yana Rudkovskaya provoked conversations about an affair with a German designer 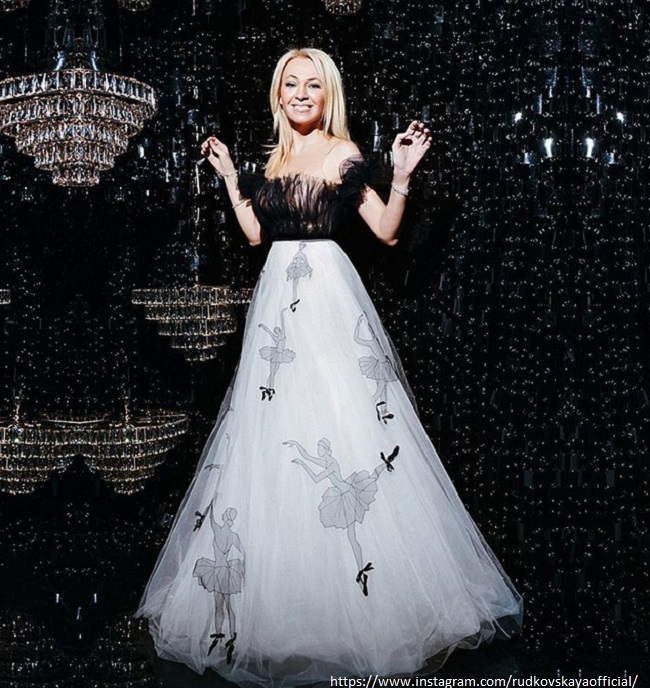 Yana stated that more than ten years ago she had a romantic relationship with German designer Philip Plein. The star spoke about this in an interview on the youtube show "Alena, damn it!" Yana noted that the romance happened when she temporarily broke up with Evgeni Plushenko. She said that the couturier even introduced her to his parents and was going to marry her, but at some point in Rudkovskaya's life a skater appeared again, and Yana chose him.

After the revelations of the popular blonde, Plain's unexpected commentary gave rise to a lot of rumors and gossip about the socialite. Philip appeared on the program "Evening Urgant" and answered the presenter's tricky questions. "Recently, producer Yana Rudkovskaya gave an interview and said that you had a secret affair and you wanted to marry her. I have only one question: have you ever seen this woman?"- quotes Urgant" RIA Novosti "with reference to a TV show on Channel One.

Looking at Yana's photo, the designer answered uncertainly: “I think I saw her somewhere. Once upon a time. But there are many beautiful girls in Russia ”. Urgant was extremely amused by the reaction of the world star. “Jan, I did everything I could, I reminded him!"- the TV presenter laughed, addressing Rudkovskaya. Yana's fans reacted with the expected sarcasm. "Well, Yanochka, we are waiting for an excuse about your alleged affair with Philip Plain, ”“ It turned out very funny. In an interview with Alena, she mentioned that he wanted to marry her, but then did not remember", - said the fans.