Yachtsman, billionaire, “Cypriot” – the owner of the mine, under the rubble of which the miner died

The mine in Kuzbass, where the roof collapsed, belongs to billionaire Viktor Rashnikov, who is said to be the owner of the 12th largest yacht in the world. Under the management of Rashnikov, one of the largest metallurgical plants in Russia - MMK - went to the Cypriot offshores. How it happened - in the material of Life.

On Monday, in the Kemerovo region, a collapse occurred in the roadway of the Chertinskaya-Koksovaya mine, at the time of the emergency there were about a hundred miners. One of them was killed, the other was missing. The mine belongs to the Magnitogorsk Iron and Steel Works (MMK). It is one of the largest metallurgical plants in Russia and the CIS, and is run by billionaire Viktor Rashnikov, who heads the board of directors.

It is interesting that all legal entities directly related to Chertinskaya-Koksova, including the trade union of the same name, have gone bankrupt or liquidated. This follows from the data in the SPARK-Interfax database.

In the 2000s, significant shares in the enterprise belonged to state structures: the Ministry of State Property of Russia, then Rosimushchestvo (17.5%), as well as various private companies, for example, ZAO A-Capital.

In 2010-2012, the state's share eroded, control over the Russian metallurgical giant was taken by the Cypriot offshore companies Minta Holding and Fulnek Enterprises Limited and the American bank The Bank of New York. This is evidenced by the data of the SPARK-Interfax database.

In 2017, the Cypriot firm Minta Holding held most of the company's shares - almost 85%. Its owner is called the dollar billionaire Viktor Rashnikov, who is also chairman of the board of directors of MMK. Together with him, his relative, apparently a daughter, Olga Rashnikova, participates in the management.

Billionaire Rashnikov is called the owner of one of the largest yachts on the planet - a luxury 140-meter Ocean Victory (one and a half times larger than a football field). As Life wrote, one refueling of such a car can cost its owners $ 500 thousand, or 32 million rubles. 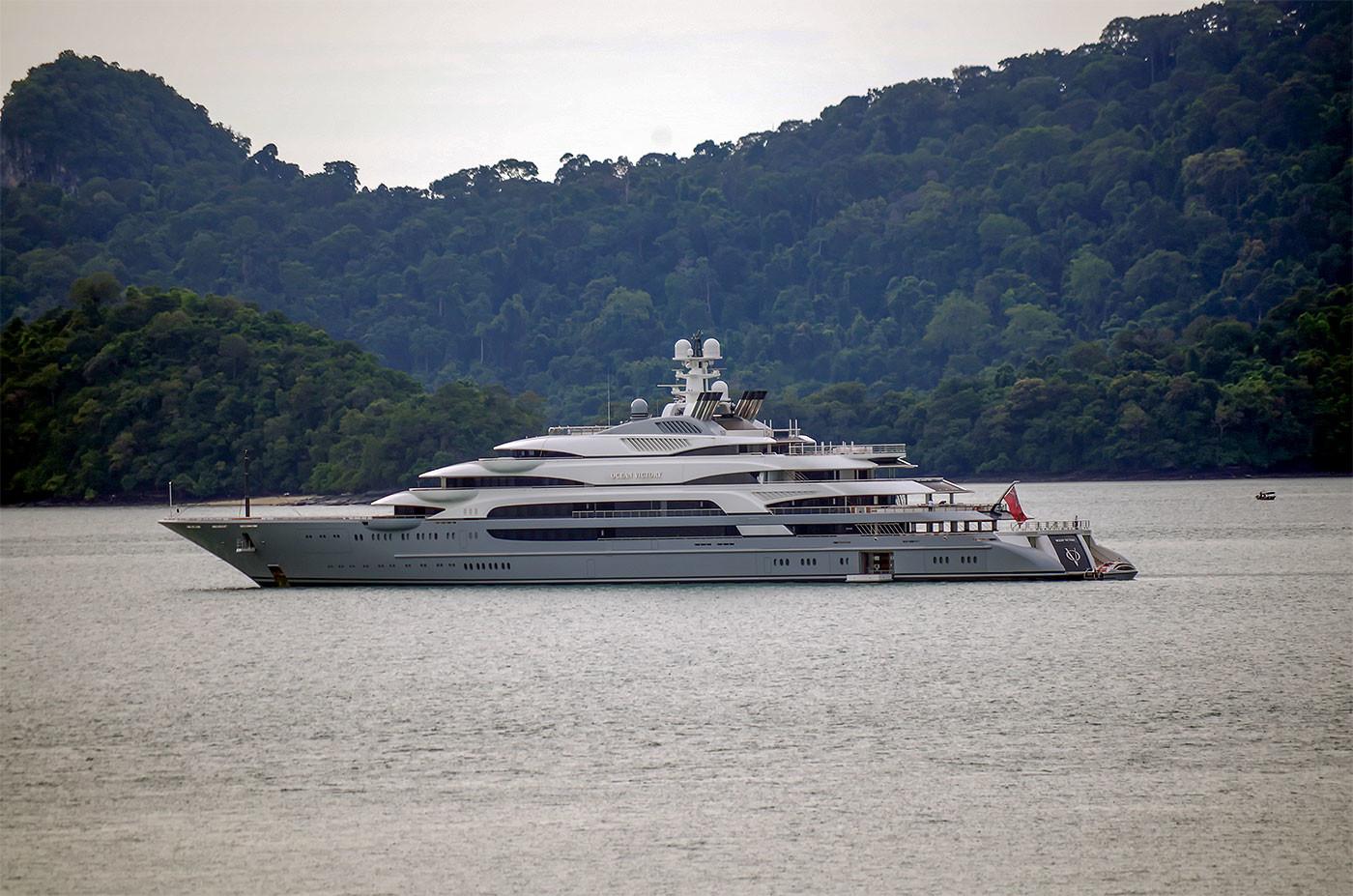 In addition to the yacht, Rashnikov is considered the owner of the Bombardier Global 5000 and Gulfstream G650ER business jets with an approximate cost of about $ 25 and 60 million, respectively. This assessment was given by the Forbes expert. 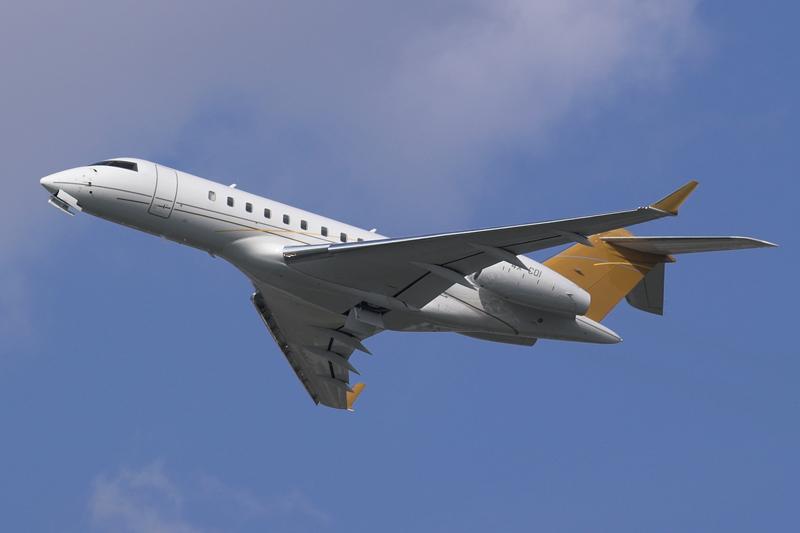 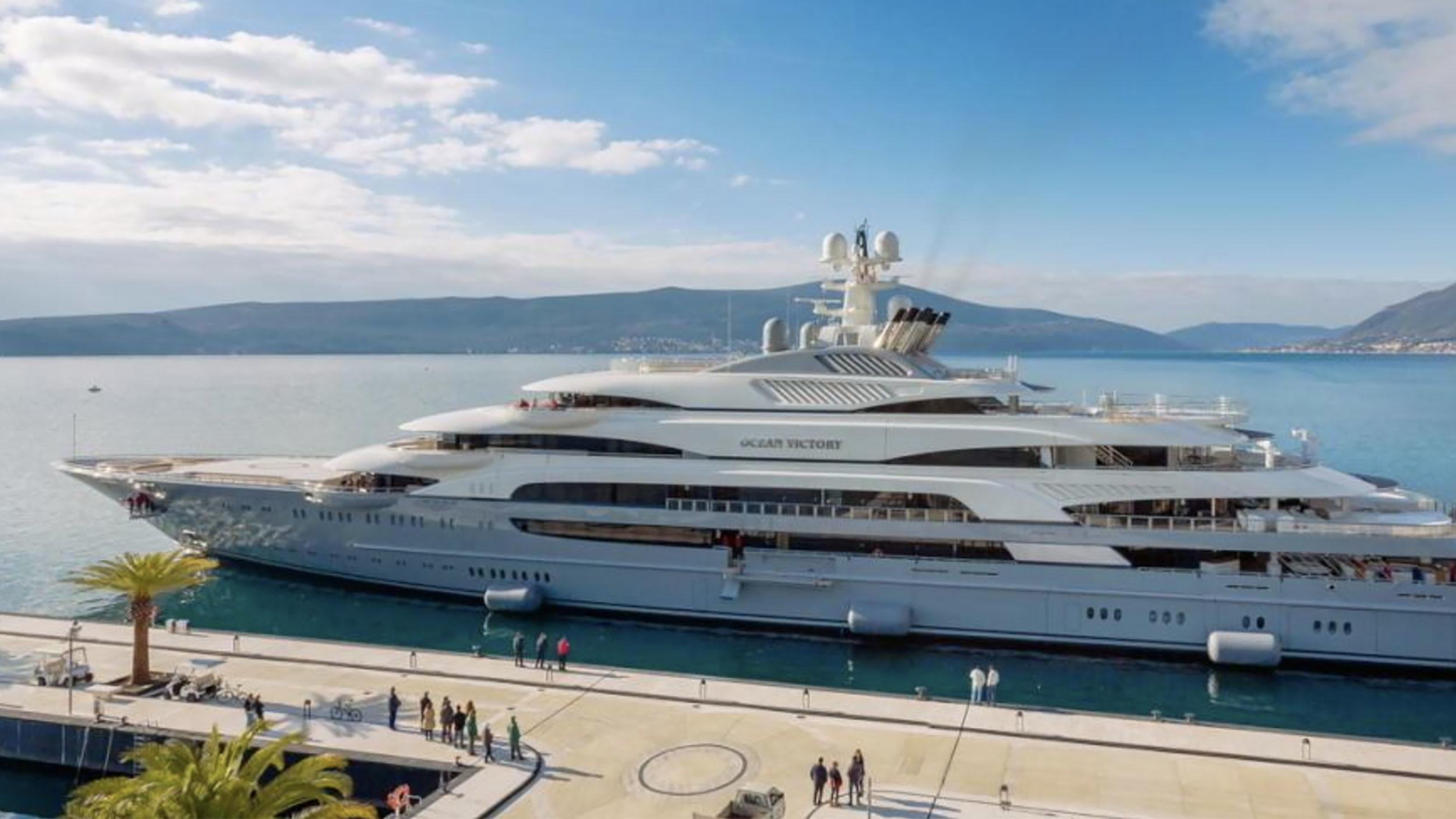 The cost of fuel in the Turkish port of Fethiye for refueling a luxury yacht, the owner of which is said to be a shareholder of the Magnitogorsk Iron and Steel Works (MMK), is comparable to the monthly salary of 500 employees of this enterprise.

The main factories of the company are located in the Chelyabinsk region, which from 2014 to March 2019 was headed by Boris Dubrovsky, coincidentally a native of MMK. Dubrovsky has been the director of the Magnitogorsk Iron and Steel Works since 2011. Before him, this chair was occupied by Rashnikov himself, who in 2011, it seems, decided to cede the operational management of the enterprise. 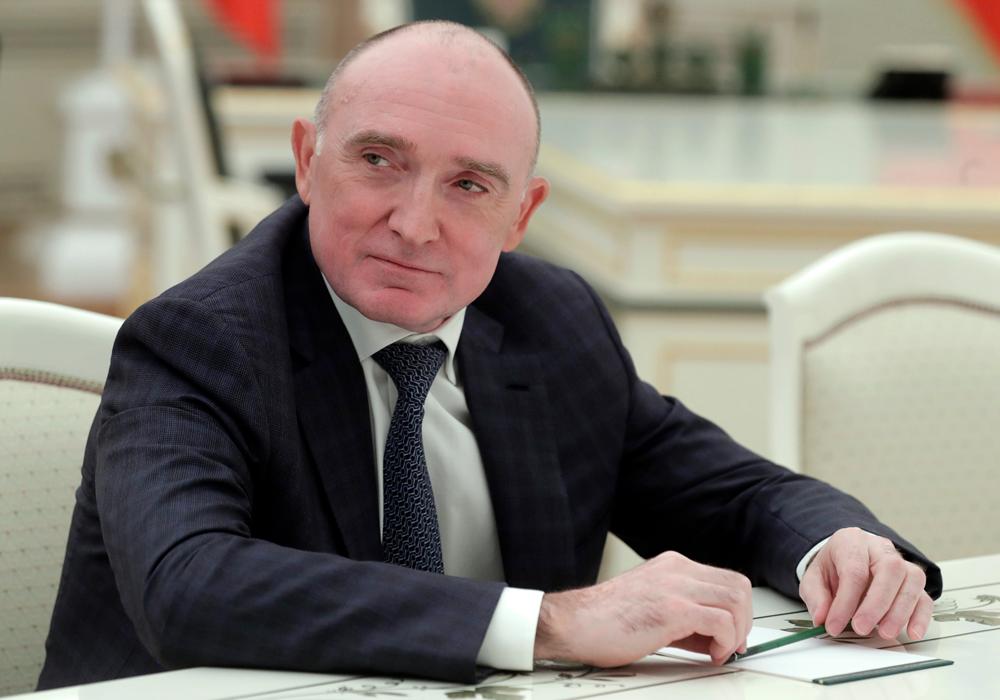 By the way, a pupil of the MMK Boris Dubrovsky left the governor's chair after a loud corruption scandal: the FAS Russia discovered a conspiracy between the head of the region, the regional Ministry of Roads and the large company Yuzhuralmost. The subject of the conspiracy was a road repair contract. By the way, Dubrovsky's predecessor also "flew" from the governor's chair with a scandal, becoming a defendant in a criminal case. Now, according to the media, he is hiding from Russian justice in Europe.

Kirill Kabanov, chairman of the National Anti-Corruption Committee and a member of the Council under the President of the Russian Federation, says that many large companies in Russia are still registered offshore. According to the interlocutor, this causes enormous damage to the country's economy.

- What does Cypriot registration mean? This means that our enterprises exist in Western jurisdictions. Assets, corporate profits and taxes go there. As a result, a narrow group of people is enriched, and social problems are not solved here, - explained Kabanov.

According to him, the assets of Russian enterprises were transferred abroad in the 2000s and the first half of the 2010s. Kabanov assigns the main responsibility for this to the Federal Property Management Agency, without the consent of its employees, offshorization could not have occurred, the source said. 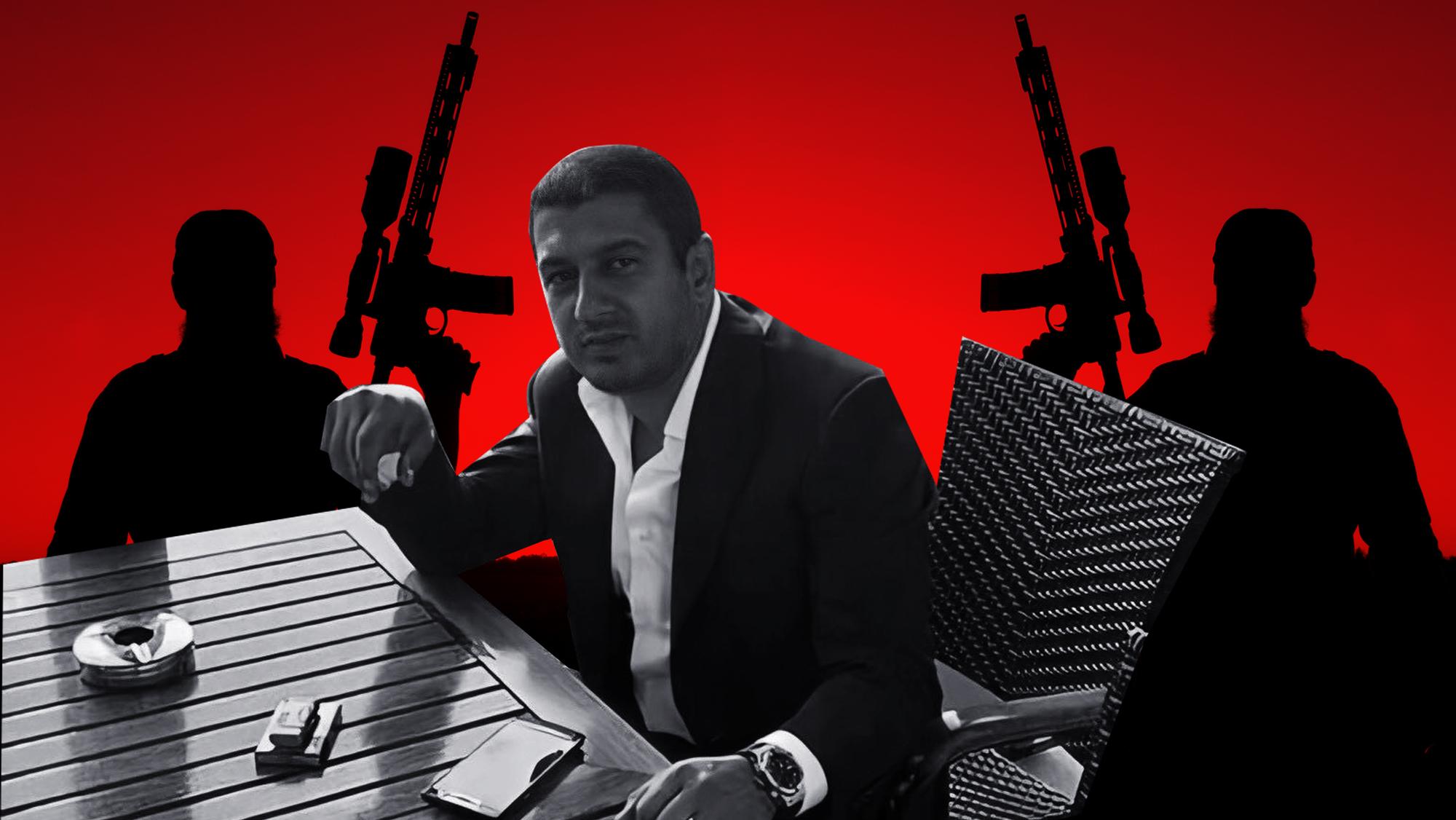 After the assassination of the famous thief in law Nadir Salifov - Lot Guli - power over his criminal empire passed to his younger brother Namik. Life was figuring out whether Namik could replace Guli and retain power over the Azerbaijani diaspora.

- The process of withdrawing liquid assets from Russian regions began in the early 90s under the State Property Committee, which was managed by Anatoly Chubais. Then the Ministry of State Property and the Federal Property Management Agency appeared. There was an attempt to unfold this process. Stepashin, who headed the Accounts Chamber in 2003, proved that privatization was proceeding with violations, - Kabanov recalls. In the 90s, the withdrawal of money from Russia did not end, the interlocutor assures.

According to him, the Federal Property Management Agency was once headed by Olga Dergunova, who was also Deputy Minister of Economic Development. Under her, a program for the privatization of state federal state unitary enterprises was prepared. Then the conditions for abuse appeared. They began to actively withdraw liquid assets from the regions abroad. It was impossible to realize this story without the Federal Property Management Agency. 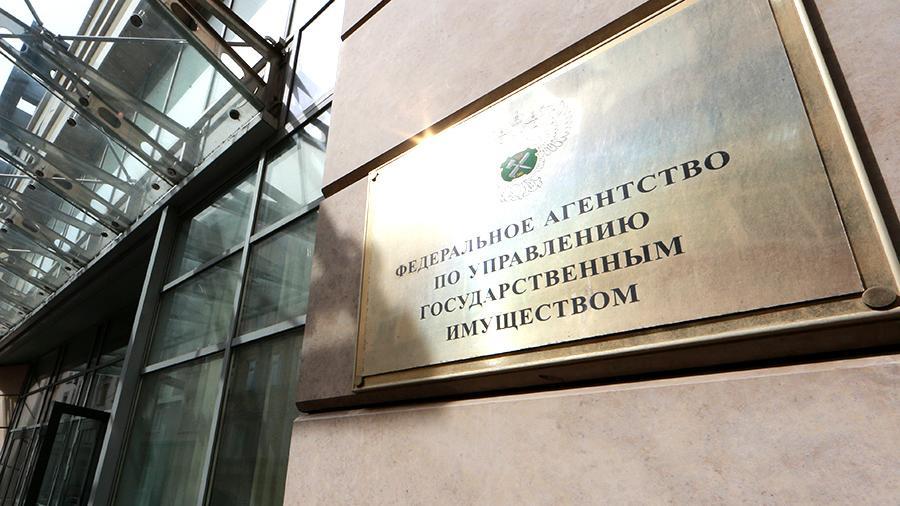 According to Kabanov, it is there that you need to look for ends, as well as in the regional elites.

- How did offshorization come about? Little by little they began to "blank out" the state share in enterprises, to reduce it. In fact, the withdrawal of Russian property abroad under Western jurisdiction is an undermining of Russia's economic security, He added.

- In order to return the assets back, the investigation must prove that violations were committed during the sale of the block of shares at the auction. For example, the selling price did not correspond to the real economic value of the enterprise share. Second, if it happened non-publicly. If there was a conspiracy, then it is necessary to find those responsible, with which of the officials the buyers had agreements, and so on. After that, the acquisition of assets is considered criminal, the transaction is invalid. And the assets are returned to the country. Owners can go to court anywhere, in The Hague, for example, but we now have it in the constitution that Russian law prevails over international law, - concluded Kabanov.