Woman rushed to hospital due to lip filler allergy

Lauren Evans has been going through a lip augmentation procedure for four years now, renewing her fillers every six months. 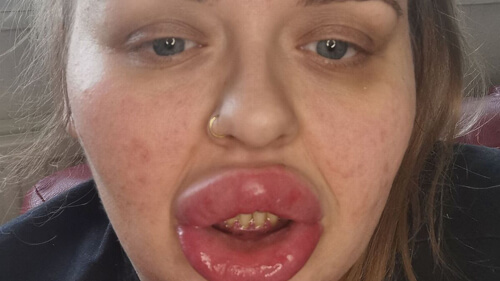 That is, such a process is quite common for a resident of Chester (England) and does not promise any trouble. Or rather, he did not promise, because the last procedure went awry and almost ended in tragedy. After visiting the beautician, Lauren realized with fear that her lips had increased about six times and began to resemble (according to her) the butt of a baboon. But appearance was not the main problem, because the lady felt that her throat swelled and it became difficult to breathe. Fortunately, the heroine of this story managed to get to the hospital, where she spent some time in intensive care. After treatment with antihistamines (including adrenaline), the patient was allowed to go home. The swelling subsided after three days, but even after a week, the lips of the unfortunate woman still hurt. 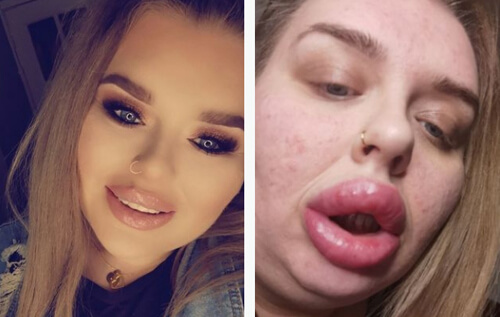 Now Lauren doesn’t know how to feel about her favorite fillers. It seems that even doing this procedure repeatedly, one cannot be immune from an allergic reaction. The woman is not sure whether she will give up lip augmentation for good, but she knows one thing for sure – until she waits with such an unsafe beauty.