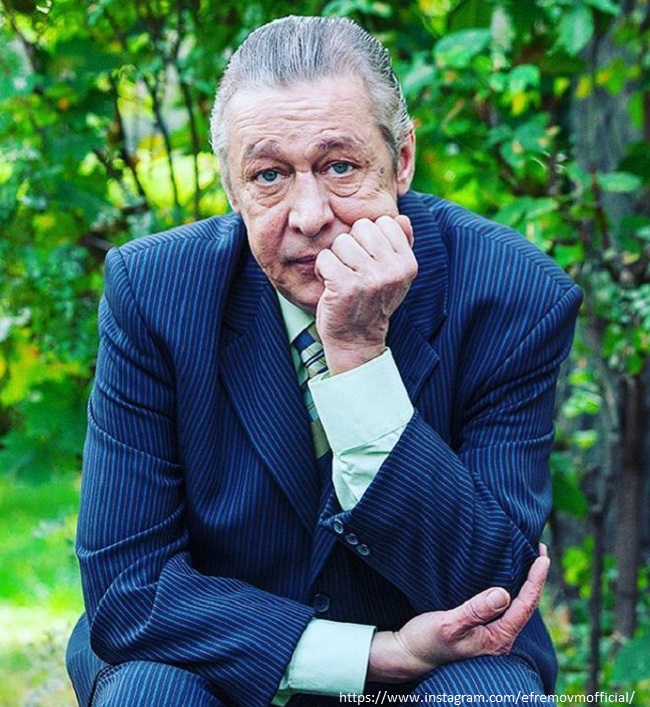 The victims in the case of a fatal accident with the actor Michael Efremov with each session increase the amount of compensation in the tens of millions.

In Moscow held its first meeting on the case of the deadly crash, which staged the representative of the famous acting dynasty. Michael was silent on the way to court and during the meeting. But his lawyer willingly handed comments.

After exiting the building of Presnensky court of the Pasha said that he and his client tried to apologize to the relatives of the deceased Sergei Zakharov, but they refused to communicate with them. Elman ironic about the statements Ryazan Rodney, who claimed that the money the actor does not need them. According to the defender of Ephraim, they still asked for money, and the demands of their rapidly growing.

"Relatives initially demanded 50 million rubles, then 100 million and then 150 million, Their appetites are growing and they continue to go on different talk shows", - said Pashayev.

The lawyer cited the events of "clowning". He noted that in the case of too many victims, while he considers the main victims elderly mother Zakharova that this list is not included. The woman told the truth about his son's death because of health. She reported that Sergei died from heart problems. Elman recalled that when the accident occurred, came to the hospital only the civil wife of the driver and his eldest son from his first marriage Vitaly. By the way, Irina sterhova also are unable to have her admitted to the victim.

Elman expressed confidence that his VIP client is not suffering from alcoholism. "Well, that drink sometimes, so perhaps he's the only one in Russia drink alcohol? I feel like a lawyer sometimes use", - quotes its "TV".

Pashayev confirmed that Yefremov does not admit his guilt. Because of this, the defense will not be able to ask the court to consider case in a special manner. In this mechanism, the court does not examine evidence, and the punishment in this case may be below the lower limit, that is, in the case of Ephraim - at least 5 years. Now to it threatens from 5 till 12 years of a colony.

At the same time, Elman said that Michael is ready to be punished. According to him, the artist is not afraid of responsibility, and prisons. Efremov will testify at the end of the trial. Pashayev reminded that the defendant by law may do so at any time.

The representative of the injured party also gave their comments. Alexander Dobrovinsky represents the interests of his brother Sergei, his lawful wife Margarita and younger son, Valery. The eldest son Vitaly your lawyer. The human rights activist suggested that the sentence, most likely, will be accusatory.

"I think so, based on the materials of the case that I see. They give every reason to believe that Yefremov was driving his car at the time of the accident, "said Dobrovinsky in the program "60 minutes."

Lawyer zakharovykh reported that the court announced daily hearings on the case. Given that it has five volumes and about seven hours of video recording, in this mode, the examination will take from four to six or seven weeks.