Wild traditions of the East and African countries amaze Europeans. They seem scary and cruel, although the peoples themselves perceive many rituals as part of everyday life.

Terrible habits are characteristic of poorly educated peoples and strata of society, but researchers also note some dissonance.

For example, among the wildest traditions of India, which is impossible to look at without horror, is dropping children from a height of 9 meters, and this ceremony is carried out far from the slums, but in the third richest and most developed state in the country. 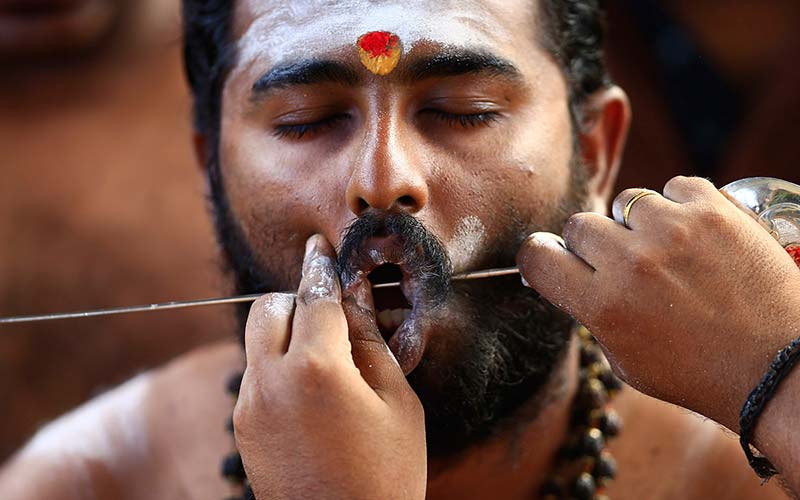 In India, especially in poor villages, the custom remains to choose a mate for your children. Parents agree with neighbors that as soon as the girl becomes a girl, they will play a wedding. They do not accept any objections from the young: this is how families live without love all their lives, since divorces in this country are considered a shame.

Among Hindus, getting a daughter in marriage is a real problem for parents. In Russia, it used to be a custom to prepare a dowry for the bride, but if our ancestors got to India, they would be very surprised at how big it should be. 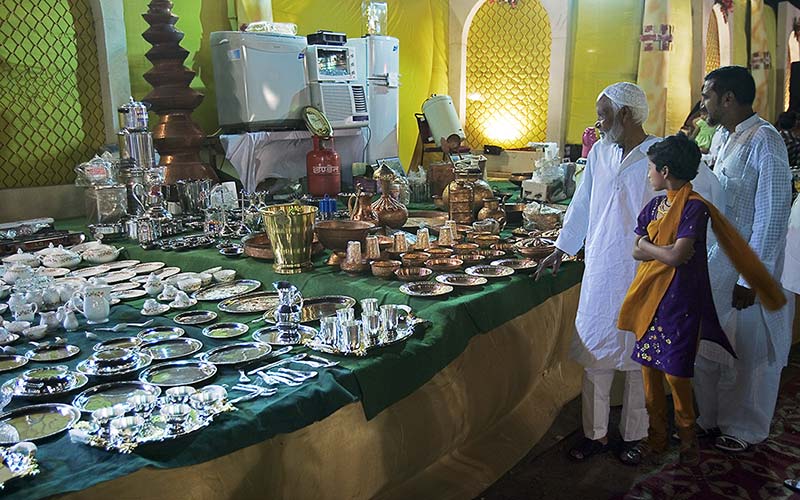 Rich dowry of the bride

The girl’s parents begin to prepare for the wedding almost from birth, since they will have to transfer their daughter to a foreign family fully provided for. Sometimes the dowry is measured by trucks. The relatives of the guy, before the engagement and the choice of a couple, evaluate how rich the party will be.

If in Russia it was customary to send matchmakers to a girl, then in India it’s the opposite: parents and older men from the bride’s family go to visit families where a guy is growing up and offer them their daughter. Sometimes, for consent, they pay for the future groom’s studies, give him a car, house, livestock.

A truck with things, which includes not only the bride’s personal belongings, but also furniture, household items, is not the wildest thing in the marriage tradition of India. The whole ceremony is also paid for by the girl’s parents, and this is a feast for several days with the invitation of numerous relatives and friends, who must not only be fed and cheered, but also bestowed.

Interestingly, after the transition to a new family, the girl’s dowry immediately becomes the property of her husband’s relatives, and the bride herself turns almost into Cinderella. The youngest of the women in large Hindu families does all the hard and dirty work. Daily cooking, cleaning, laundry and, of course, raising children falls on her shoulders.

To Europeans, another Indian wedding tradition seems wild: marriage with a tree. Previously, girls went through this ceremony to cleanse themselves of evil spirits before a real wedding. Later, it became possible for men and retains its relevance to this day. 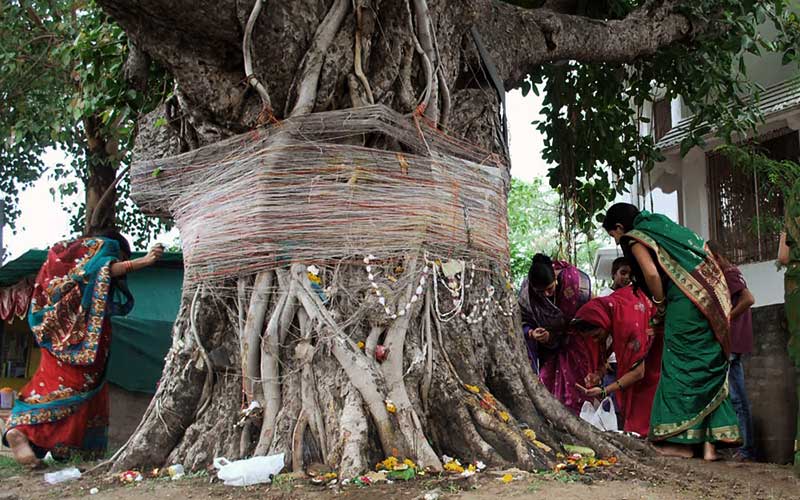 The Hindus have an unshakable rule: children marry and marry according to seniority. If the older brother is still a bachelor, and the younger one has found a mate, then they arrange a wedding with a tree. It means the virtual marriage of the elder, which opens the door for the younger.

At the same time, the wedding takes place officially: with a list in the documents, with the invitation of guests, only at the end the newlyweds are not sent to the wedding night, but a tree is cut down and the newly-made husband is immediately declared a widower.

The marriage bond for Hindus is inviolable. There are very few divorces in this country: in order to break the union, the husband and wife must simultaneously admit that their life is miserable. If they break up, then the man suffers less, since he can find another woman for himself. His ex-wife is left with her problems herself, since she cannot even return to the house of her father or older brother.

One of the wild marriage traditions of India is the change of wife if the marriage did not have children a year after the wedding.

Hindus always have large families, even among the lower class. Firstly, children are a blessing from heaven, and secondly, women here are ready to give birth and give birth, confirming their health.

If within a year after the wedding the wife did not give birth or is not pregnant, then without going to the doctor she is diagnosed with “infertility”. 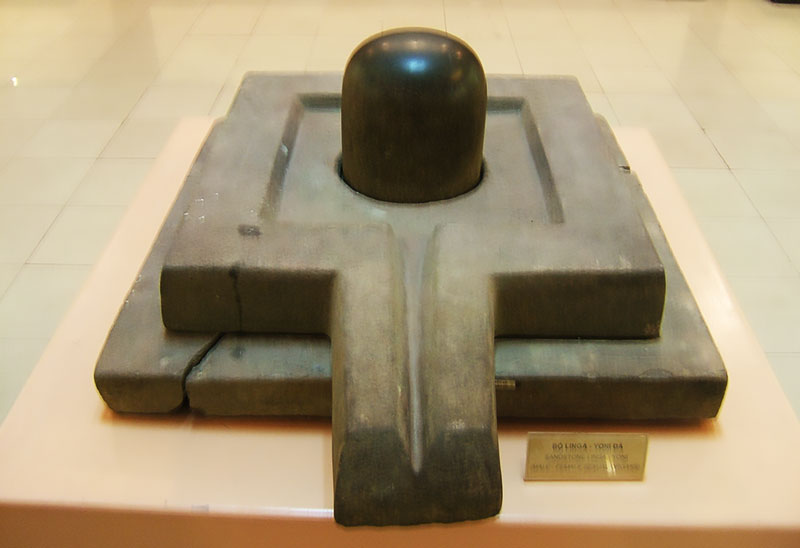 Lingam and Yoni are considered objects of mass worship among Hindus. These are figures that personify the masculine and feminine principles, which is why they look the same.

In India, there are many temples with similar statues. People believe that the human soul is enclosed in the Yoni, the spirit of the goddess Shakti also lives there, and the Lingam is the incarnation of the god Shiva.

According to legend, one day the gods Brahma, Vishnu and Yashta found Shiva making love to Shakti. Tom felt very ashamed, after which Shiva decided to castrate himself and put his lingam on display for everyone. 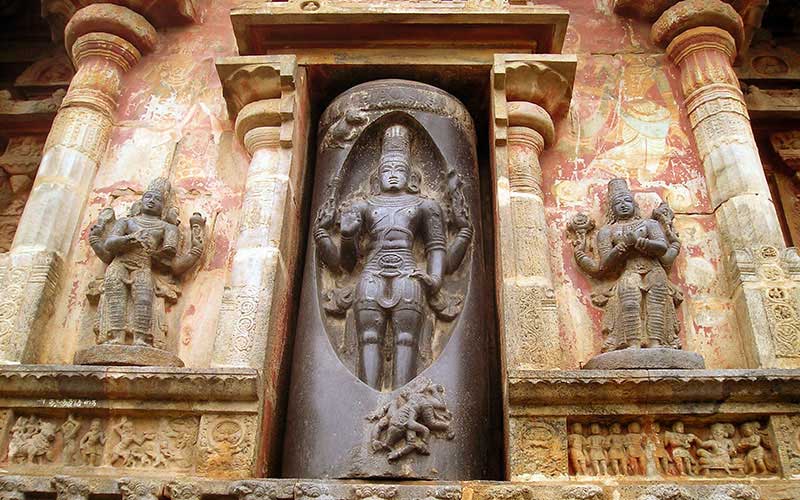 Lingodbhava: Shiva, to his left is Brahma, to his right is Vishnu

Yoni is usually worshiped by men who want to succeed in business, and Lingam-phallus is worshiped by women who cannot become pregnant for a long time.

In India, they have a special attitude towards sex. It seems that there is not a single street or temple in which, at least indirectly, the art of pleasure was not mentioned. Everyone in the world knows the Kama Sutra, and this is not one confirmation that sex for Hindus is becoming a real art.

The Temple of the Sun is located on the shores of the Bay of Bengal. By tradition, all newlyweds visit it, and tourists also come here. For them, the types of columns depicting intimate scenes remain wild, which are better to look at without children.

And yet the Hindus are not distinguished by some sophisticated sexual customs, such as, for example, wild tribes. The strangest thing here is the ancient tradition of spending the wedding night, and for 3 days, on the floor, absolutely not touching each other. 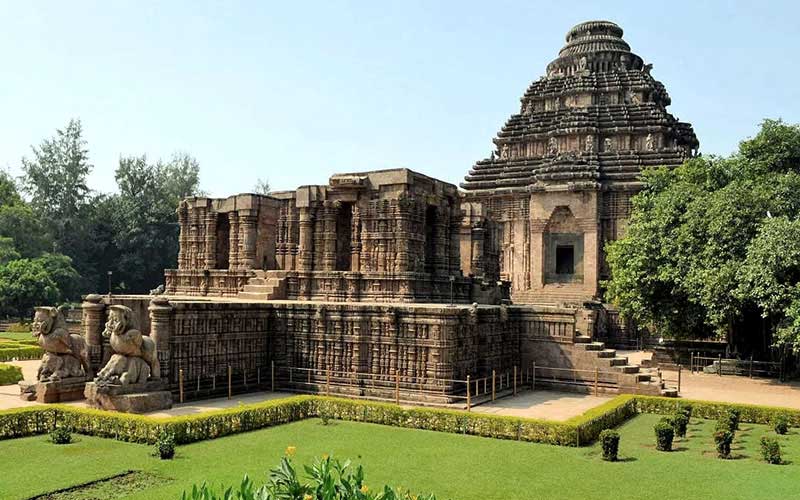 Temple of the Sun in Konark

One of the wildest wedding traditions of the first night is the loss of virginity of the bride in the Zakaya tribe on the island of Sumatra. This is done by the girl’s father and the next of kin in the male line. Up to 20 people take part in the ceremony at the same time: men aged 12 to 70 take turns making love to the bride, after which they pass her into the hands of her husband.

The most terrible traditions are the conduct of self-flagellation ceremonies, which are characteristic of many peoples in the world.

The government of India, following the demands of a human rights organization, banned the Tukam holiday, although until recently the festival was held annually, without excluding the ancient rules.

It was wild for tourists to look at how people were pierced with hooks on their backs and hung up on the scaffold with ropes as a sign of purification. The most terrible moment of this tradition is considered to be tying children to people hanging on hooks. 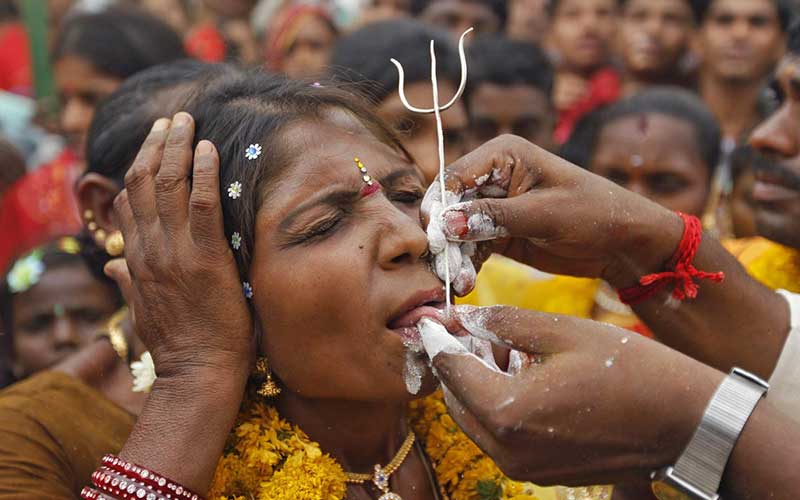 Piercing the tongue with a pitchfork

In February, a holiday is held in this country in honor of the goddess Parvati, who, according to legend, once gave her son a spear, and he was able to defeat evil spirits. In memory of this event, believers during the festival began to pierce their tongues, as if reminding everyone that the goddess loves silence.

Today, such a ritual shocks unprepared spectators, because the Hindus who have gathered for the holiday pierce any part of the body with knives, pikes, hooks.

In India, they also love the Timiti festival, during which men walk barefoot on hot coals. This symbolizes the worship of the goddess Draupadi Amman. 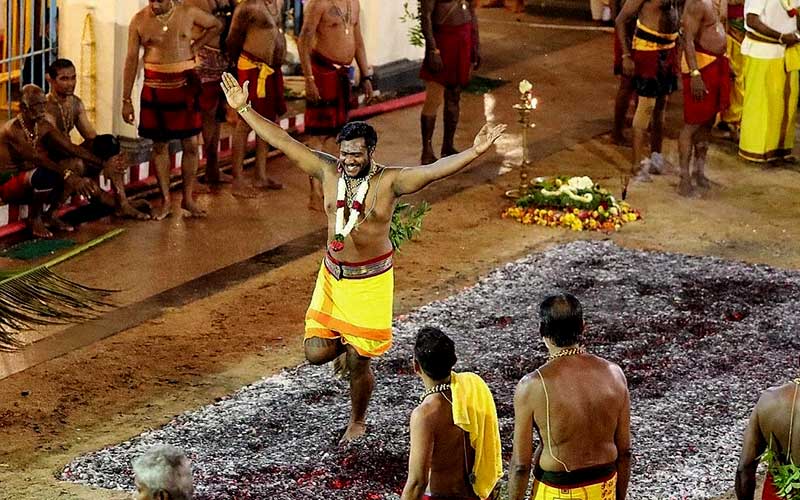 It is noteworthy that the priests do not step on the coals, but only go around the smoldering pit with water. They encourage their students to walk on firebrands, and to do it slowly, as if walking in the park. As a result, after Timiti, many people end up with burns.

India, Pakistan and Bangladesh regularly celebrate the anniversary of the Battle of Karbala. During the holiday, men gather in the squares and beat themselves with chains with sharp knives, thus expressing grief for Imam Hussein ibn Ali.

Self-flagellation is also characteristic of other peoples. For example, the Indians living in America perform a Sun Dance in an attempt to connect with the Tree of Life. In the middle of a large clearing, a pole is set up with long ropes extending from it, the ends of which end in arrows. With them, men pierce their skin on their chests and dance tied around a pole for several hours.

One of the wild traditions of the East is female circumcision, when girls and women have their clitoris or labia removed. Through this terrible rite, the soul is cleansed.

In India, in some provinces, the ritual of initiation into adulthood is still preserved, during which the front teeth are filed for boys and girls without any painkillers.

It is believed here that this helps people free themselves from evil forces and strengthen their spiritual and physical health. A similar tradition is preserved in the Mentawai tribe in Indonesia, only here they sharpen their teeth, considering this a sign of special beauty.

In the 17th and 18th centuries, the Sati ritual was performed in India. Today, this terrible tradition is a thing of the past, but in some remote provinces the ceremony is performed in secret.

The meaning of the ritual was the voluntary or forced burning of the widow along with the body of the deceased husband. According to local belief, it is considered indecent to die later than a husband. This rite also has a practical meaning: left alone, a woman could not provide for herself and doomed her to a poor and hungry life. If the widow did not want to die voluntarily, she was caught and her arms and legs were broken.

Representatives of the Aghori sect do not consider cannibalism something terrible, they calmly kill people, and then smear themselves with ashes from their bodies. Here they drink the urine of cows, considering it a healing drink for many diseases, and wallow in the slop, rather than go to dermatologists. 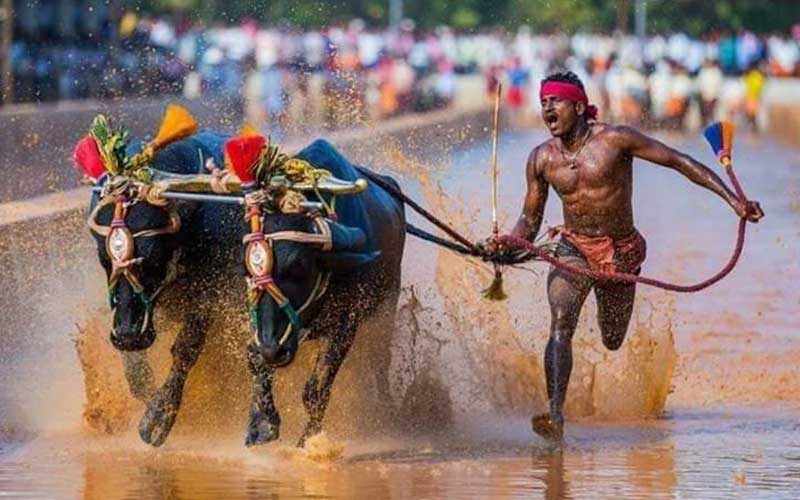 India is such a diverse country that tourists visiting these places are still horrified at how the foundations of modern society and the habits of their ancestors are combined here.