When will Ovechkin start scoring? The first round of the Stanley Cup kicks off in the NHL

The first round of the Stanley Cup started in the Canadian cities of Toronto and Edmonton. The 16 best teams in the National Hockey League (NHL) will compete for the most prestigious club trophy in the world of hockey. In the opening game of the 1/8 playoffs “Tampa” Kucherov in the hardest match, which lasted more than 150 minutes, broke the resistance of “Columbus” (3: 2 OT). But not all Russian hockey players managed to get into the main draw of the tournament.

Which of the Russians disappointed

A long forced pause in the middle of the season negatively affected many stars of Russian hockey. For example, strikers Artemy Panarin (New York Rangers), Evgeny Malkin (Pittsburgh Penguins) and Florida goalkeeper Sergei Bobrovsky failed to make their way to the 1/8 playoffs with their teams. The Russians performed poorly in the qualifying round, not showing even half of what they are capable of when they are in good playing condition. Both Malkin and Panarin were a pale shadow of themselves, gaining three (1 + 2) points for two in seven matches. One of the highest paid goalkeepers in the NHL, Sergey Bobrovsky, did not help his partners either. A goalkeeper with a salary of $ 10 million a year simply has no right to concede such goals.

Not played out in full force and the leaders of “Washington” - Alexander Ovechkin and Evgeny Kuznetsov. Ovi did not score with a steering wheel on the ice, not scoring a single goal or making a single assists. But Alexander needs to demonstrate his sniper qualities as often as possible, if, of course, he wants to reach the goals for Wayne Gretzky's record. “Capitals” in the first round of the Stanley Cup will have a difficult streak against the “New York Islanders” (the first match will take place today at 22:00 Moscow time), and if the Russians do not add to the productivity on the court, then “Washington” risks going on vacation ahead of schedule.

Dallas Stars forward Aleksandr Radulov is also unable to find his game. To be fair, we note that the whole team is not playing. “Stars” in the seeding tournament lost two matches out of three, and in the starting game of the 1/8 finals lost “Calgary” (2: 3). Radu, like Ovechkin, did not score a single point in these matches.

The Carolina Hurricanes skated through the New York Rangers, winning all three qualifying round meetings. One of the main creators of the victory of the “hurricanes” was the 20-year-old Russian striker Andrei Svechnikov. In the first match of the series, he scored a goal, and in the second game he scored the club's first hat-trick in the playoffs.

The Islanders goalkeeper Semyon Varlamov played at the same level. The attack of the “Panthers” did not manage to create big problems for the Russian goalkeeper. True, in some moments Semyon was frankly lucky. But the real test of Varlamov awaits in the series with “Washington”.

The leader of “Tampa” Nikita Kucherov left a good impression. The forward, like his NHL colleagues, is just rolling into the game after the quarantine, but it was his post-match shot that brought Tampa a victory over Washington in the first official game after the break. Also, the Russian contributed to the victory over “Columbus” in the first match of the series 1/8 finals, twice assisting Braden Point.

Who is the Stanley Cup favorite

The Stanley Cup playoffs differ from other tournaments in their unpredictability. In games right through, there is a very high probability that the teams that have played well in the regular season will not make it to the semifinals of the tournament. Well, who could have guessed that the Chicago Blackhawks hockey players, who openly failed the regular season, will beat the Edmonton Oilers in qualifying and will not allow the oilmen and their leader Connor McDavid to play off in the playoffs. Also, few believed in the success of “Montreal” over “Pittsburgh”. And this is probably not the last sensation of the season. Without exception, all teams in the league have a good selection of performers who are capable of taking responsibility and making a result at any time. Fans of “St. Louis” remember how the fourth line player striker Ivan Barbashev helped the “musicians” to get the trophy last season and how the Blues game changed for the better when the Russians were not on the court due to disqualification. Now, when the teams have not played for four months, it is even more difficult to make any predictions. 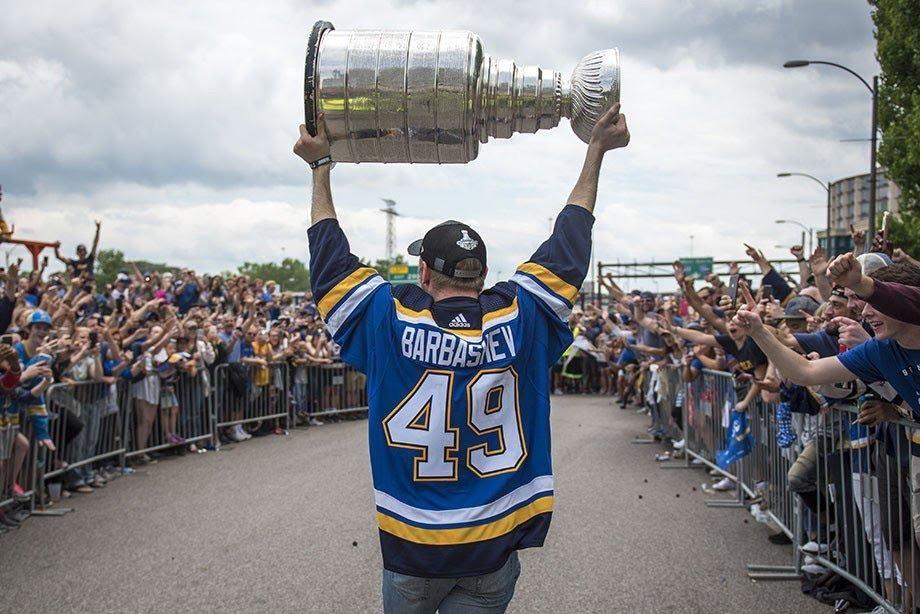 Photo from the personal archive of Ivan Barbashev

In the West, an interesting confrontation between Vegas and Chicago is expected. “Hawks” have already completed the minimum task, having passed the selection, but it is hard to believe that Patrick Kane and his partners will calm down on this. Of course, it will not be easy for them to pass such a strong “Vegas”, but the most experienced team of “Chicago”, which recently won two Stanley Cups, knows how to play the playoffs correctly. 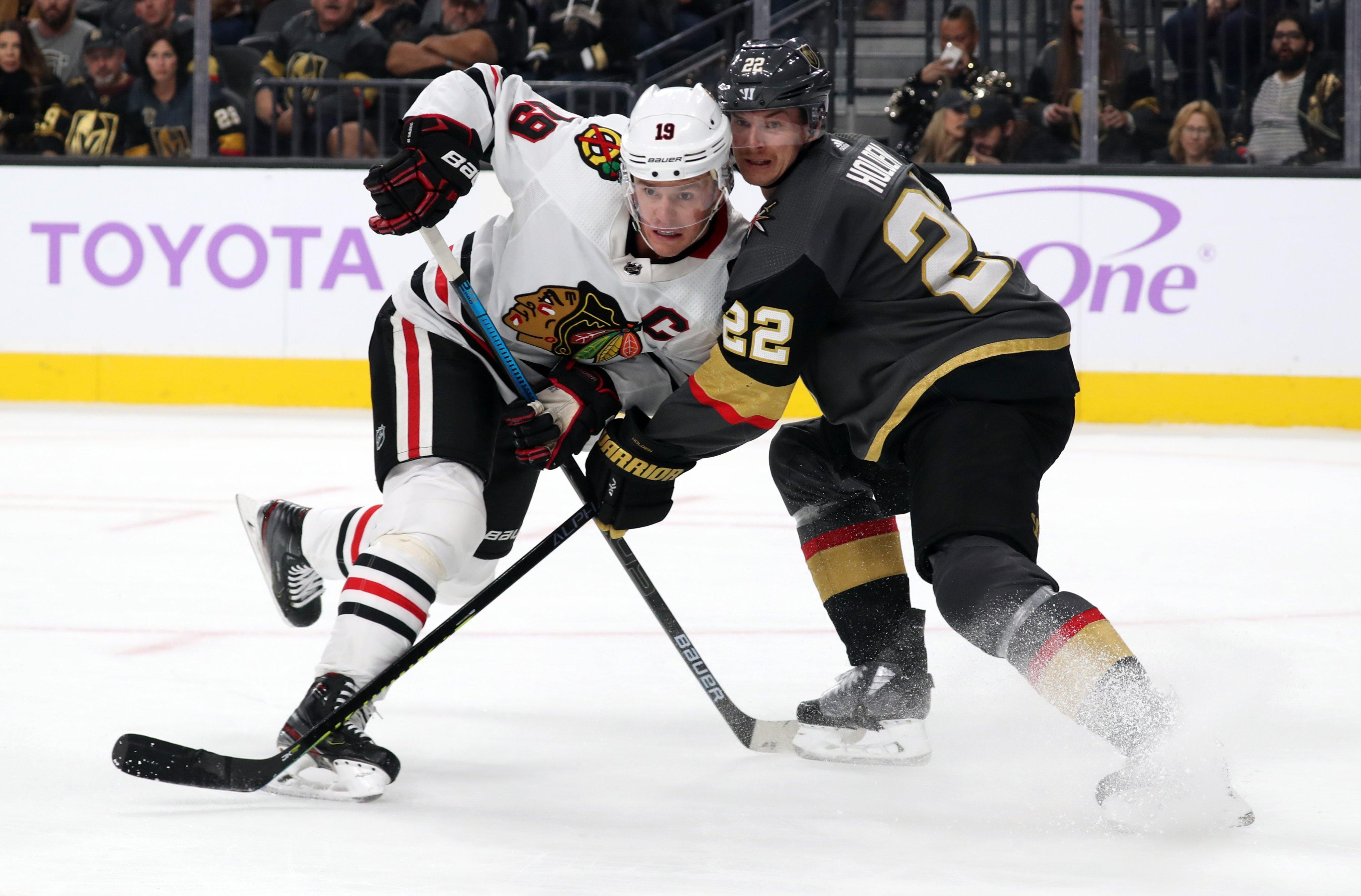 The series "Colorado" - "Arizona" also draws attention. Both teams of untwisted stars from the sky do not grab, but this does not prevent them from achieving a positive result, acting on the ice as a single organism. It is this kind of hockey that is valuable in the playoffs. The only thing that these two teams may lack is the experience of similar games. “Colorado” finished second in the regular season, which gave him the right to go to the first round of the Stanley Cup without qualification, but “Arizona”, to get into the top 16, had to sort out four matches with the fighting “Nashville”. 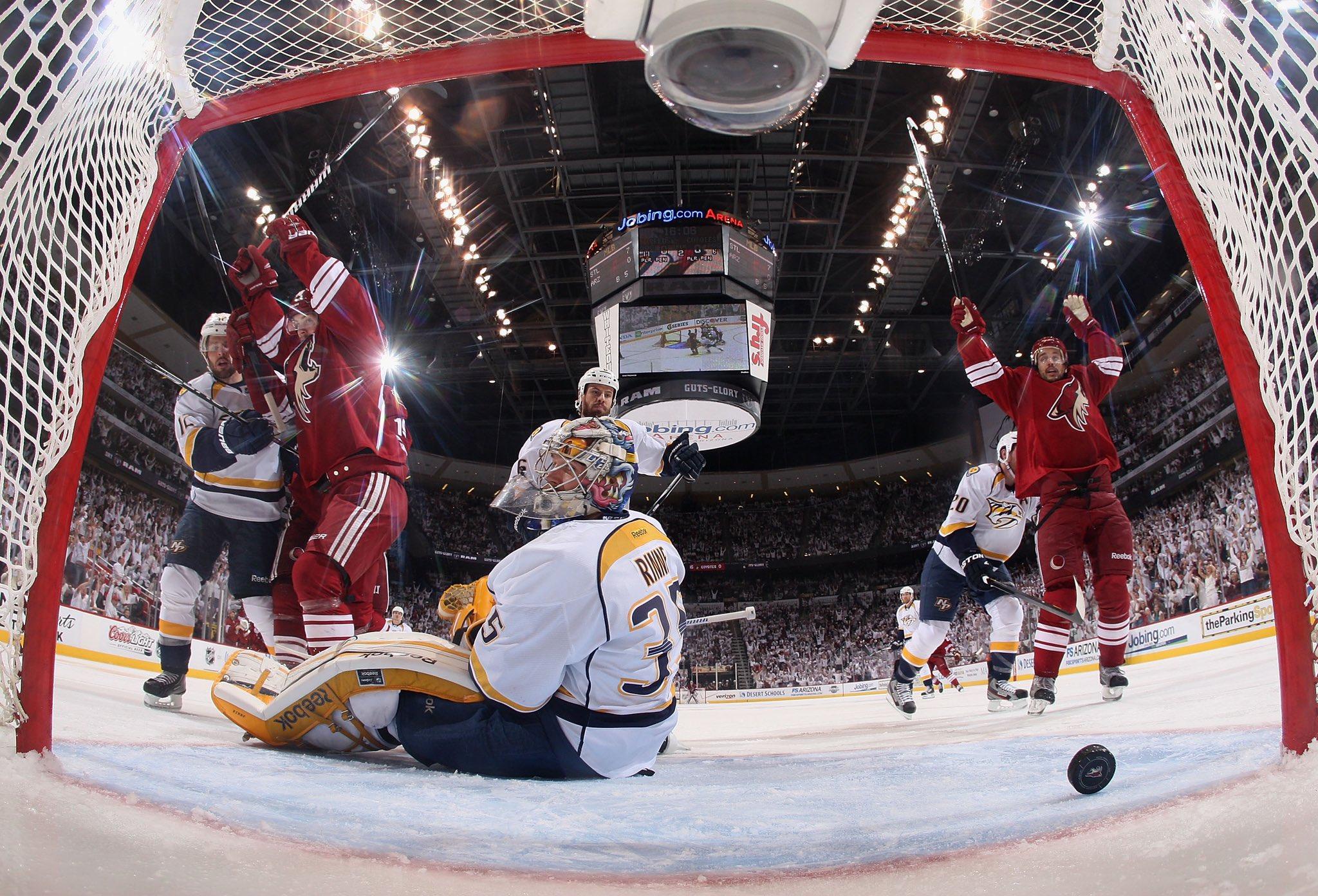 In the Eastern Conference we will single out the Tampa - Columbus series. The “Lightning” has a great chance to take revenge for last year's sensational defeat from the “uniforms”, and the first step in this direction has already been made (“Tampa” in the first match of the series won 3: 2 in overtime). Also, Russian fans will be curious to watch the Capitals play against the Islanders. Will Washington's super-attack, led by Ovechkin, beat Russian goalkeeper Semyon Varlamov? Let's note the confrontation between “Boston” and “Carolina”. At the time of the suspension of the regular season, “Boston” was in the lead in its conference, demonstrating powerful hockey, but after a pause, “bears” simply do not recognize. Three games - three defeats. The team was simply not ready for the games after the break, but the “hurricanes”, on the contrary, approached the playoffs in a great mood, warming up before 1/8 on Panarin's team.

Not all clubs were ready to play their hockey after the worldwide quarantine. Four months without playing practice could not but affect the play of the teams. Someone needs to adjust actions in the attack, someone to tighten up the game in defense, someone (there are some) needs to get in physical shape. All this takes time, which the teams do not have. But, as the hockey players themselves assure, good playing condition and mutual understanding with partners come through official matches much faster than through training.