When enemies paid tribute to our heroes

For many centuries, it has been customary to bury brave enemy heroes with military honors.

This tradition also existed in the Wehrmacht. This had a very powerful educational effect for your troops: look how steadfastly your enemy is fighting, take an example from him! And even if this man fought with you a few hours ago, killed your friends, performed miracles on the battlefield, but with his heroism he deserved that we bury him under volleys of weapons.

The Great Patriotic War gave many vivid examples when our Red Army soldiers – soldiers and officers – struck the German fascist invaders with unparalleled courage and amazing stamina. Sometimes this shocked the enemies so much that they remembered a long historical tradition and paid tribute to our soldiers. “MN” tells about the most striking examples of this kind. 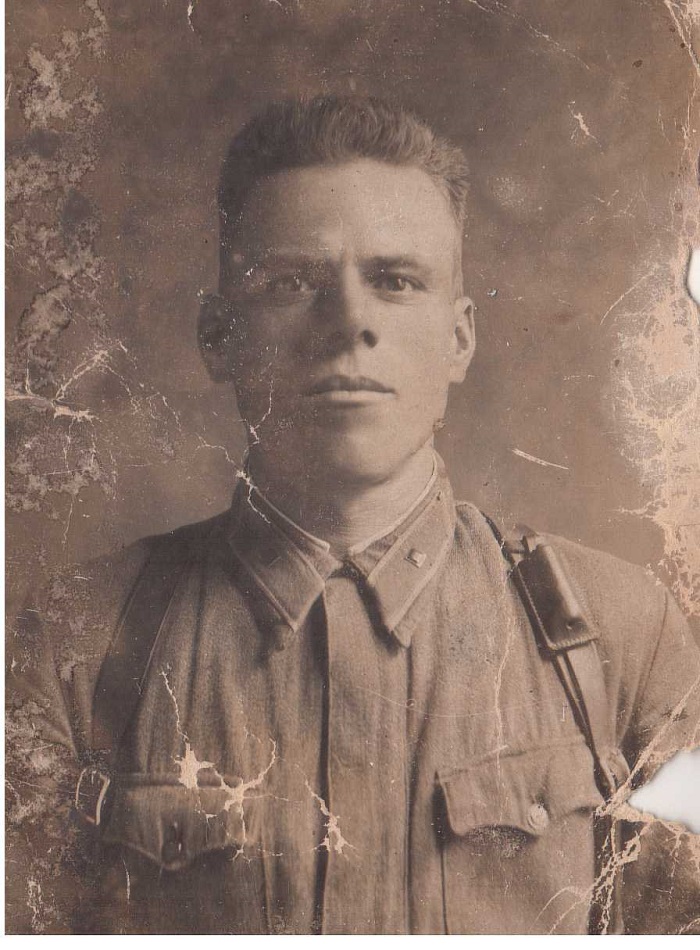 The young Cossack Grigory Nikiforovich Kozhevnikov accomplished his feat at the very beginning of the war. In a fierce battle, he killed more than a hundred Wehrmacht servicemen near the town of Pruzhany, Brest region.

During the retreat of our units, he remained, covering his comrades with machine-gun fire. The guy went to certain death, because he was not sitting in a trench or concrete dugout. No, Gregory came up with a more cunning and effective position for a desperate battle: together with his machine gun, he climbed into the hollow of a large oak tree. From there, he poured fire on the enemy for more than three hours and did not allow them to advance further. “Shooting Oak” fought to the last bullet. The Nazis thought that a whole unit had settled there, the fire was so dense. When it was all over, they were very surprised that one person confronted them so fiercely and staunchly.

The Germans buried our Red Army hero with military honors. This story became known in 1975 when a local forester told reporters. In 1941, he was an accidental witness to what happened and showed the hero’s grave next to the same oak tree.

The crew of the KV-1 tank

The brave crew of the KV-1 tank remained in history, alas, unnamed.

But on June 24, 1941, near the Lithuanian town of Raseiniai, the Red Army soldiers, firing at the enemy from the Klim Voroshilov (KV-1) tank, effectively restrained the offensive of an entire division. This lasted two days, and for the fascists, who were expecting an easy walk to Moscow, as to Paris, it came as a real shock. Wehrmacht General Erhard Routh, in his later published memoirs, admired the unparalleled heroism of Soviet tankers. It is a misfortune, of course, that they remained nameless, as thousands of those heroes of the country, for whom there is a monument to the Unknown Soldier in Moscow, still remain without a name. 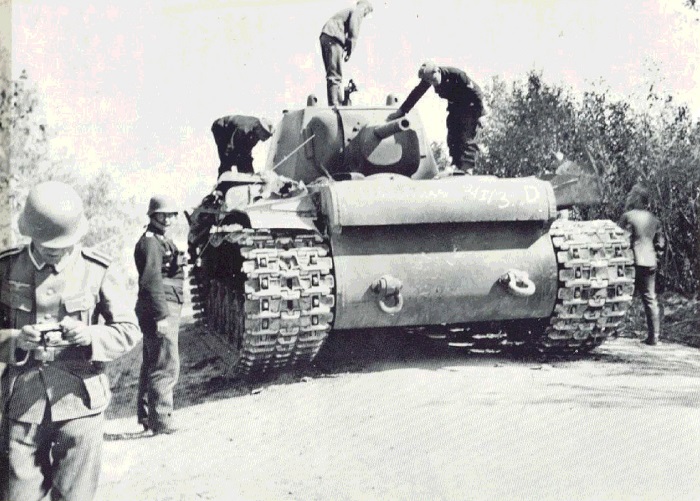 Soviet tank crews bravely fought until the last minute of their lives. They were helped by skill and combat training, because the KV-1 heavy tank was a rather vulnerable machine. But this time he took a good position on the only road leading to the city. And around it there were swamps where the vaunted German technology was stuck. She found herself under continuous tank fire. 12 trucks, an artillery battery and an anti-aircraft complex of the fascists were put out of action. And only on June 25, 1941, the enemies, through an ingenious engineering operation, were able to knock out the Soviet KV-1. 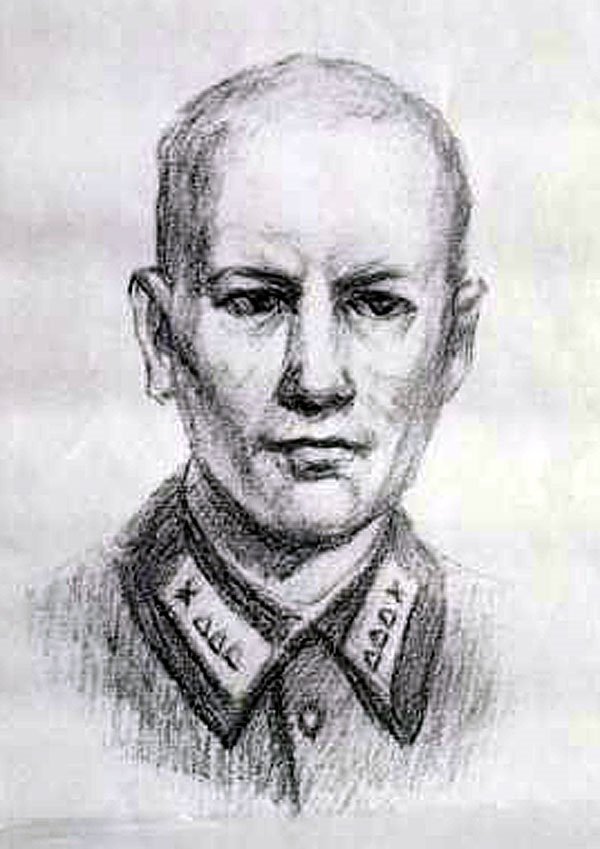 The German general recalled the picture that opened up to him: “Inside the tank lay the bodies of a brave crew, before that they only received wounds. Deeply shocked by this heroism, we buried them with all military honors. They fought to their last breath, but it was just one little drama of the great war. “

On July 17, 1941, there was a fierce battle near the Belarusian village of Sokolnichi. 19-year-old senior sergeant Nikolai Sirotinin died in it.

For two hours, practically alone, our hero held back the advance of the German tank column. 57 Wehrmacht servicemen remained on the battlefield, 10 destroyed tanks were on fire. In the newspaper “Sovetskaya Belorussia” in 2009, an article was published “Enemies saluted him …”. Witnesses of that feat said that Nikolai Sirotinin fought in the 137th Infantry Division of the 13th Army. He understood that someone needed to sacrifice himself and cover the retreating unit with fire. From a vantage point on the hill, Nikolai knocked out two tanks in the German column – the first and the last. It was early morning, the Nazis had a jam, and the guy began to methodically shoot at the enemy’s equipment. The advancing 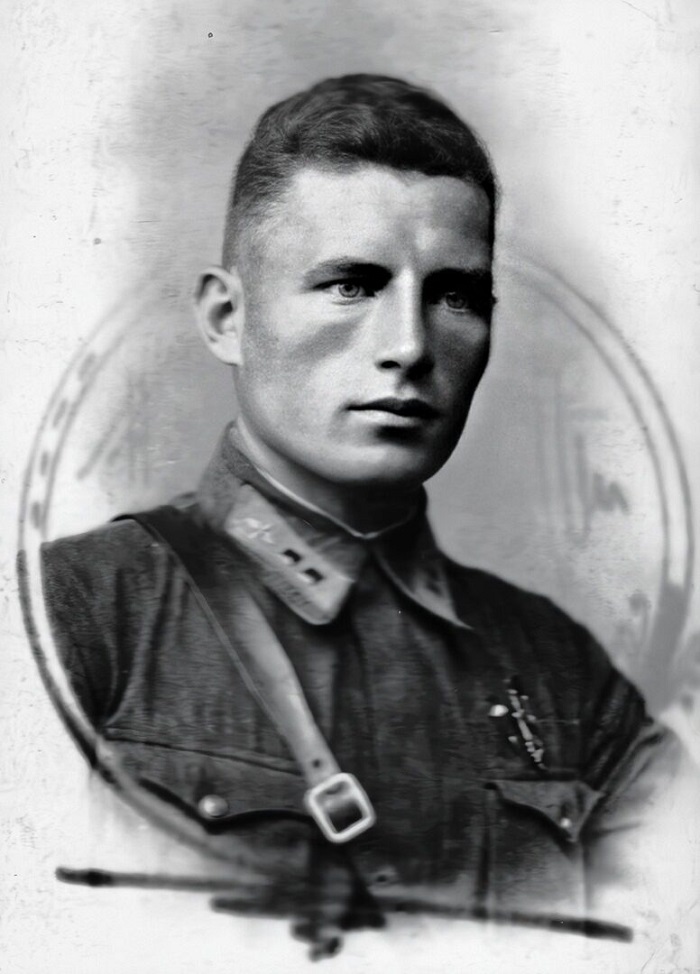 the Germans killed the hero, but then they themselves wondered for a long time at his endurance and courage. A weapon salute at the hero’s grave was a testament to the respect of the enemy: the enemy fired into the air in honor of the valiant warrior.

On July 9, 1942, Lieutenant Vasily Leontyevich Degtyarev sacrificed his life in battle near the village of Golubei, Bryansk Region. He piloted a rather light single-seat Il-2 aircraft. And his death was not in vain – he took with him to the next world many soldiers and officers of the enemy.

The wounded pilot was flying in a plane hit by the Germans when he noticed Nazi soldiers on the ground, engaged in physical training. Vasily Degtyarev, miraculously avoiding the explosion, landed his Il-2, but did not surrender to the enemy, and almost point-blank shot the Germans who were not expecting an attack from a machine gun. Then our hero ran as best he could to the nearest river and lay there in the reeds. He only had five rounds in his pistol. 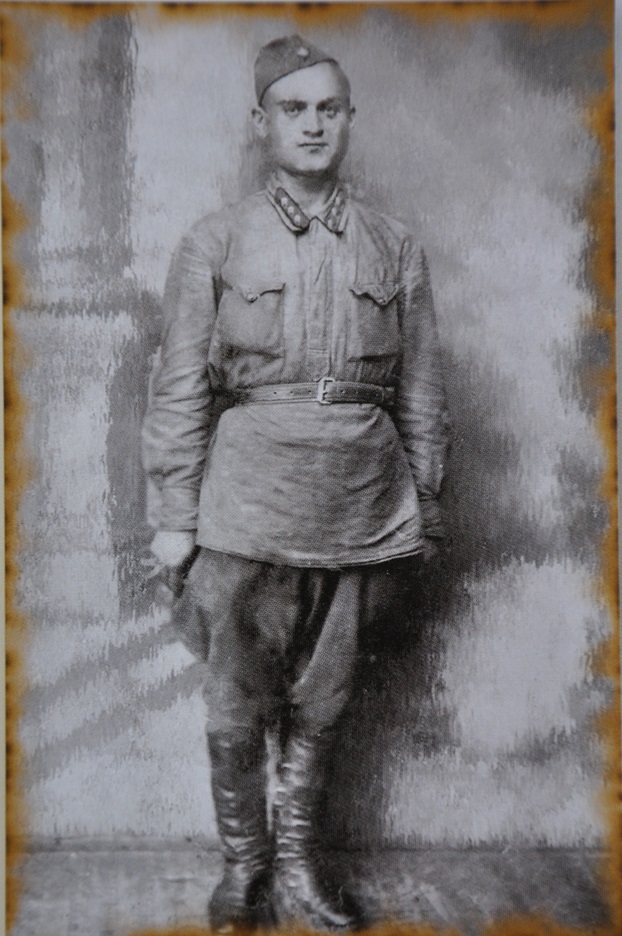 Soon the Germans found a wounded pilot who, shooting at them, killed four soldiers, after which he shot himself. The Germans buried V.L. Degtyarev with military honors, and, by the way, this fact for a long time did not allow the hero pilot to be awarded the deserved title of Hero of the Soviet Union. And only in 1990, justice was restored.

On February 19, 2018, the Internet newspaper Ingushetia published an article by M. Mikailov “Their feat is unforgettable” with the recollections of the former Nazi officer Stankus Antanas.

According to him, in mid-July 1941, the Nazis in Brest celebrated the final capture of the fortress. They were sure that in a month of grueling assault they had managed to destroy all its defenders. And what was their amazement when suddenly from the dungeon appeared, like a shadow, an officer of the Red Army. “He was blinded from injury and walked with his left arm outstretched. His right hand lay on the holster of a pistol, he was in a ragged uniform, but walked with his head held high, moving along the parade ground. The division stood frozen. ” This is a quote from the memoirs of S. Antanas.

The Red Army soldier came out not to surrender, as it turned out. He shot himself in the temple in front of the Germans. The enemy officers and the general were shocked and saluted the deceased. They buried him with honors and put a memorial column on the grave.