“What are these mythical injuries?” Elena Rodina’s fiery opinion about the deserted figure skaters in the Russian national team

The attention of fans, press and sports bohemians to this event is colossal (like to a music award or a film festival), while no results are summed up. On the contrary, the beginning of the season, and the excitement is frenzied. 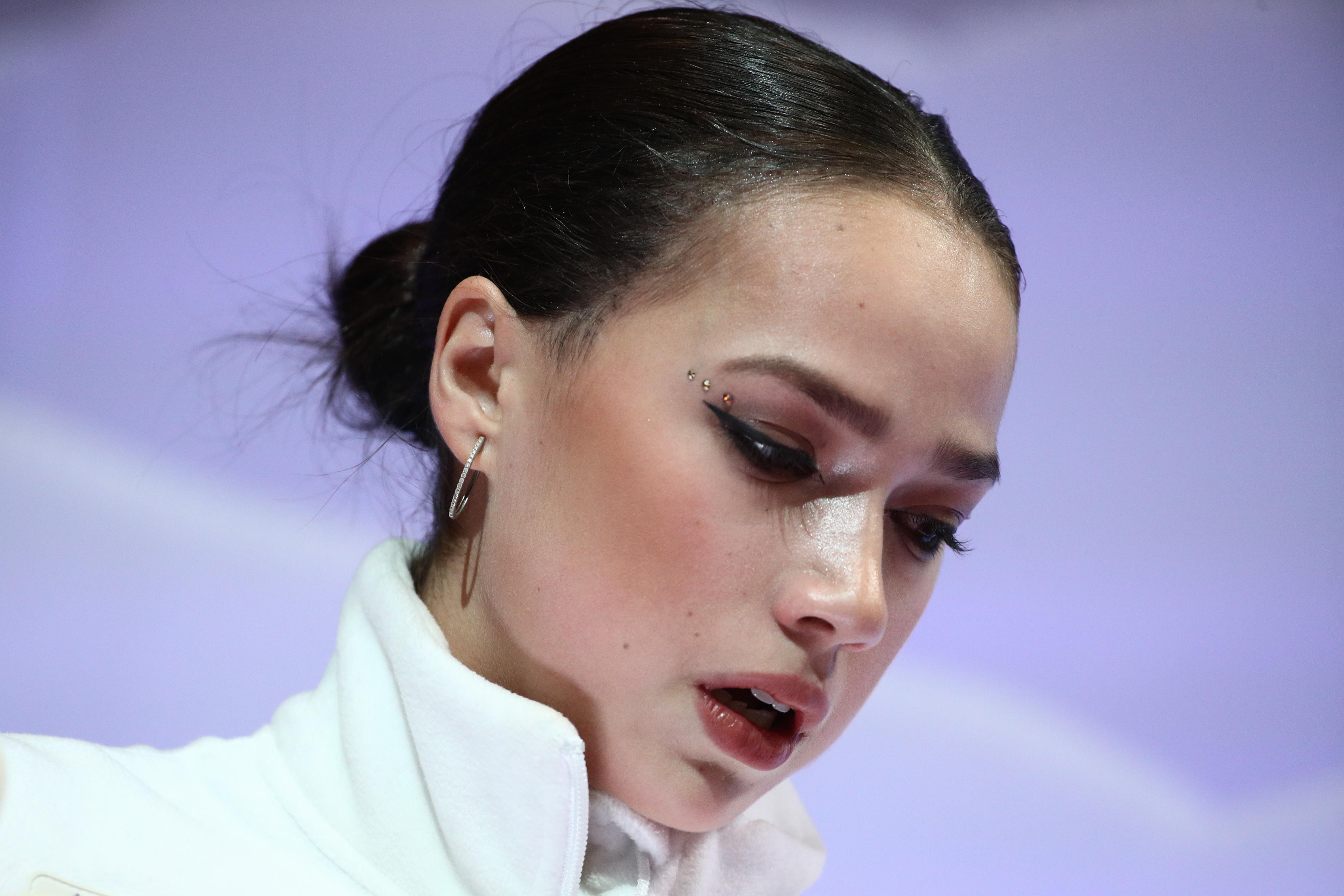 "Your expectations are your problems." Now Zagitova threw fans for money

The Olympic champion at the last moment withdrew from the test runs of the figure skating team. But tickets for them were sold with her help. It turns out a brazen deception, including money.

It should be noted that in Russian figure skating, as in show business, there are stars of the first, second and third echelons. First of all, the audience, and critics, and all those involved are interested in the presence of the class "A" stars at the event: Zagitova, Medvedeva, Kostornaya, Trusova, Shcherbakova. But the true fans, of course, wanted to see all the current members of the national team at these rentals. However, many of them were withdrawn from the rental for very strange and implausible reasons. Of course, the average viewer, as a rule, believes everything the officials say. The fans who bought expensive tickets simply sighed, shook their heads, but the athletes and coaches were not even suspected of lying. Figure skating columnist Elena Rodina decided to figure out the true state of affairs.

Photo from the personal archive of Elena Rodina

- Two days before the event, Alina Zagitova starred - the most titled figure skater, which, of course, everyone was waiting for. She honestly pointed out the reason for the participation in the project of the First Channel "Ice Age". Of course, her fans were upset and even aggressive, but I'm sure that only a few have passed the tickets. I would not blame Alina, especially since she did not lie about injuries. I would like to draw your attention to the fact that there is a very important aspect in the life of a skater - relations with the Figure Skating Federation. This event is very significant for her, since she has a contract with Channel One, to which she bears a huge package of obligations. Removal of any participant from open rentals is undermining the reputation of the federation in relations with Channel One. Here, I can say for sure, Zagitova did not let anyone down. Because she receives a fee for filming in the project, a percentage of which is shared with the federation. And, in fact, Channel One itself wanted to see Zagitova as the host of the project. Everyone is happy, everyone is happy, except for the fans. But here it is worth saying that a true fan will always support the idol in all endeavors. In general, in my opinion, Zagitova cannot be considered a "figured deserter". But it is quite possible to consider them other skaters who starred, - noted the Motherland.

The Olympic champion is paired with Alexei Yagudin.

- Starting from September 8, figure skaters of lesser importance began to substitute the federation one after another. Dancing couple Stepanov - Bukin played a real show. At first, they said that the partner was injured, that she was flying to Germany for some kind of exclusive injection. Honestly, I don’t believe that this cannot be put on in Russia. Our medicine is at a chic level, we were the first to invent the coronavirus vaccine! Well, okay ... On September 10, Stepanova allegedly flies to Germany, and on the 12th her coach declares that she will go out on the ice to fully train! As a result, on the 14th it happened! Why did Stepanova's trip to the injection come exactly on September 12-13 - the dates of the rentals? Why was it impossible to fly in advance? Here we have the purest example of the "desertion" of the team members who receive salaries from the Ministry of Sports and the Federation, as well as sponsorship scholarships. It was definitely impossible to do this, this is a theater! - says Elena Rodina.

- The leaders of the ice dancing team Sinitsina - Katsalapov also retired, however, due to a partner injury. Now they say that they will miss the first competition of the season. Of course, anything can happen, but we must pay attention to the behavior of athletes. At the end of August, two weeks before the test skates, Katsalapov was spotted walking with coach Sergei Rozanov and another dancer in the center of Moscow on a weekend evening. It is clear that they did not feed the ducks in the park, but walked and drank. A lot of skaters and coaches drink! And then, you see, they get sick! They sit at home while other athletes take the rap for them, and everyone gets the same money! Is it fair? Of course not!

- European champion Dmitry Aliev also upset me. He also starred due to a mythical trauma that magically vanished on September 14 - the day after the end of the test runs. Jumble, by God- she admitted. - In pair skating, the pair of Tarasova specifically sloped - Morozov, training in America. Flights from there fly perfectly, there are no prohibitions. Why did they go there at all, I don't understand. They are not even ready for the season, they left the old program! So they will forget how to ride in this America! As a result, another couple of average skaters at the expense of the federation, the Ministry of Sports and sponsors sit out overseas, while the athletes, with a conscience, perform their direct duties on the ice.

- A pair of ex-juniors Panfilov - Rylov also threw everyone, but the loss is not great. There are not even triple jumps in the arsenal, as well as the conscience of both.

- Back to women's skating. The namesake of the sick partner Nikita Katsalapov, Ksenia Sinitsyna, who just came out of juniors, also withdrew due to injury without much explanation. A good start to an adult career - you won’t say anything! Whether it is Evgeny Medvedev, who has been performing in adult competitions for the sixth season already! And this time she fulfilled all her obligations to both the fans and the federation, although she had and still has huge back problems, which she never complained to anyone about. Evgenia took the blow and was not afraid of the aggravation of health problems and colossal criticism, which, of course, fell on her from all sides after the unsuccessful rental of the free program. This is a real fighter and a conscientious worker!

Evgenia Medvedeva at the test skates in Moscow. Photo © Fsrussia.ru

- There are no complaints about Alexandra Trusova, Elizaveta Tuktamysheva, Anna Shcherbakova and Kamila Valieva. All skated "from call to call", did not complain about injuries and malaise. In the place of the federation, I would give them and Evgenia Medvedeva all the salaries of the "deserters".

- Alyona Kostornaya, who had just transferred to Plushenko from Tutberidze, who had withdrawn from the free program, but who gave journalists and the public an overly frank interview about the former coach, passed only halfway. And the European champion Sofya Samodurova came up with an indisposition and also withdrew from the PP. Apparently, she didn't have enough imagination for more, - notes Elena.

The war has begun. Tutberidze beat Plushenko in the first battle of the new season

Tutberidze's student Sofya Akatieva beat Veronica Zhilina, a student of the Plushenko Academy, at the Moscow Junior Championship. This is the first meeting of the two camps after the scandalous crossings of Trusova and Kostornaya.

- It's a shame, of course, that some skaters fight without sparing themselves, while others sit quietly in ambush until they get in the mood to skate. I am convinced that the public should not regret and sympathize with athletes - in this case, skaters who framed everyone with their massive fake withdrawals. They are not just stars, they are employees of their sports schools. They have to work. And even more than the rest of the people, because they represent the flag of the country that has done the best for them. In no country in the world is the state so involved in the life and development of athletes.

- And here people think that athletes are some kind of altruists. No, they are at work! Of course, there are also questions for the federation. I hope they will draw their own conclusions, exact some fines from those who behaved so ugly. We have a huge bench, a lot of cool skaters in reserve. A holy place is never empty ... But no one seems to be afraid of losing their place in the national team, which is why such an outrage reigns. I hope that we will not be ashamed of all these "deserters" when they miraculously all as one will be healthy at the World and European Championships, and they have enough conscience not only to go there, but also to show their maximum, - concluded Elena Rodina.