Vera Brezhneva suffered from complexes due to poverty 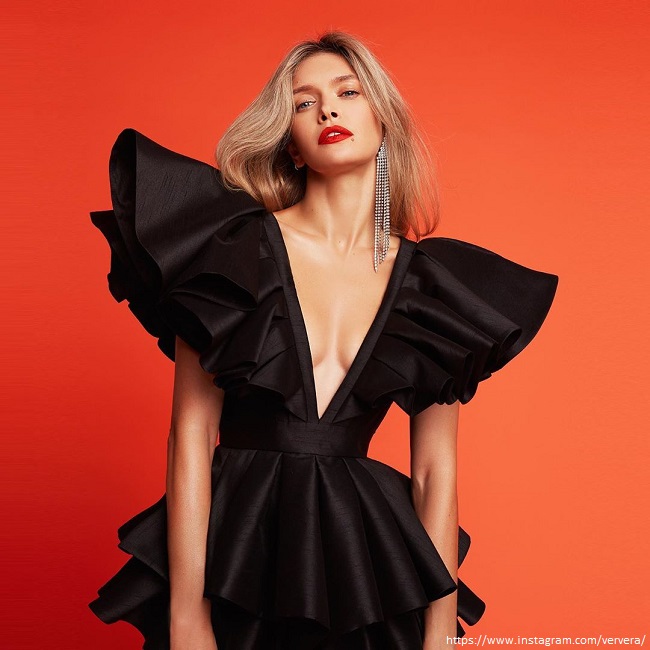 Singer Vera Brezhneva spoke about her secret of success.

In an interview with Cosmopolitan magazine, Vera Brezhneva said that she fell in love with herself for a long time. However, there was a time when complexes darkened the girl's life. The reason for this was a poor childhood: the whole Brezhnev family worked at the plant, and Vera did not want to go the same way.

"For a long time I felt ugly, besides, I grew up in certain conditions. There was no opportunity to express oneself through clothes, which helps teenagers. If you live in poverty, it's hard to avoid complexes.", - the singer frankly tells about the difficult period of her life.

Now Vera Brezhneva is an example to follow. From a girl in clothes not in size, she has grown into a stately woman. However, the singer is sure: everyone can be beautiful, because the main thing is not what you wear, but how you behave. According to Brezhneva, a good result is impossible without constant work on yourself:

"You have to work on the body. Above character too", - concludes the ex-soloist of the group" VIA Gra ".

Despite her fame, the singer has remained herself all these years. For her, this is the key to success with the opposite sex:

"I guess the secret to my attractiveness is that I behave naturally."- explained Brezhnev, admitting that in her younger years she considered herself ugly.

Equally important is the ability to laugh at your own mistakes. Deception will not help others to please, says the celebrity. Given the success of Brezhneva, she should be trusted in this.