Varan went shopping and made a mess in the store

The seller and the buyers of the 7-Eleven store (Nakhonpatom, Thailand) could only gaze with fear at the frightening visitor. 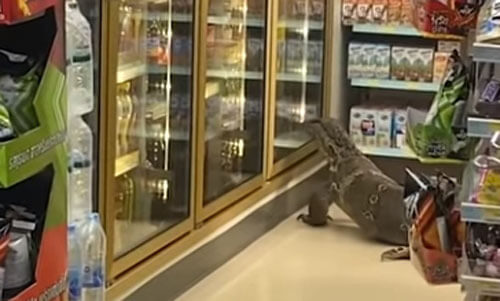 A monitor lizard settled in the canal not far from the store, but hunger drove him out of his usual habitat and forced him to go shopping. First, an unusual customer tried to get to the drinks in the refrigerator, and then climbed onto the shelf, scattering and dropping the goods on the floor. 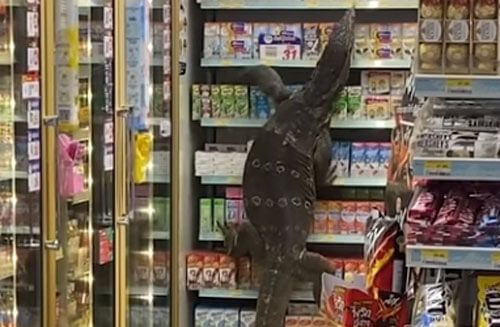 But it all ends someday, so the monitor lizard had to return home – though not without the help of the police and employees of the Department of Animal Control. Surprisingly, during its adventure, the large lizard, although it made a mess, did not eat anything, that is, the grocery trip turned out to be completely unsuccessful.

See also: Varan, hiding in the music class, dragged by the tail