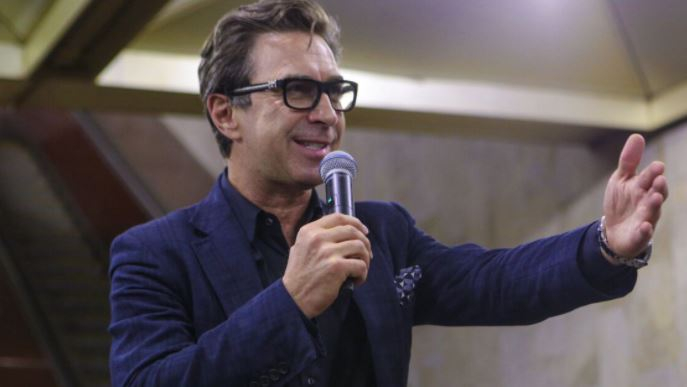 Former lead singer of the “Bravo” group Valery Syutkin dispelled rumors about the birth of Leva’s son from a surrogate mother. The musician admitted that his baby was born thanks to the IVF procedure.

In August last year, the 62-year-old singer and his wife Viola became parents again. It was rumored that a surrogate mother was carrying the child for the couple. The singer in an interview emphasized that he was “absolutely indifferent to the versions put forward” about the birth of his son, but did not go into details.

After some time, Syutkin decided to admit that the couple resorted to using the IVF procedure.

“If I had my way, I would have given birth to three, but … it didn’t work out. The two previous pregnancies ended badly. This became a great stress, the consequences of which had to be dealt with for a long time. Then we decided to resort to IVF. It didn’t happen all at once, it took three years. My doctor told me: “There are few women as determined as you,” – said Viola in an interview with the magazine “Caravan stories”.

According to Syutkin, he was present at the birth of his eldest daughter and even personally cut the umbilical cord, but he was late for the birth of little Leva while he was filling out the necessary documents. The singer laments that he did not pay enough attention to his older children – daughter Lena and son Maxim, because then it was just the peak of his career.

“If Max and Lena say that dad was only seen on TV or in magazines, they would be right. They clearly did not receive their father’s attention, they have every right to be offended, I honestly admit it. My life in those years is endless tours, ”the artist recalls.

Only with age did the consciousness come of what is really important, and Syutkin began to devote more time to his family.