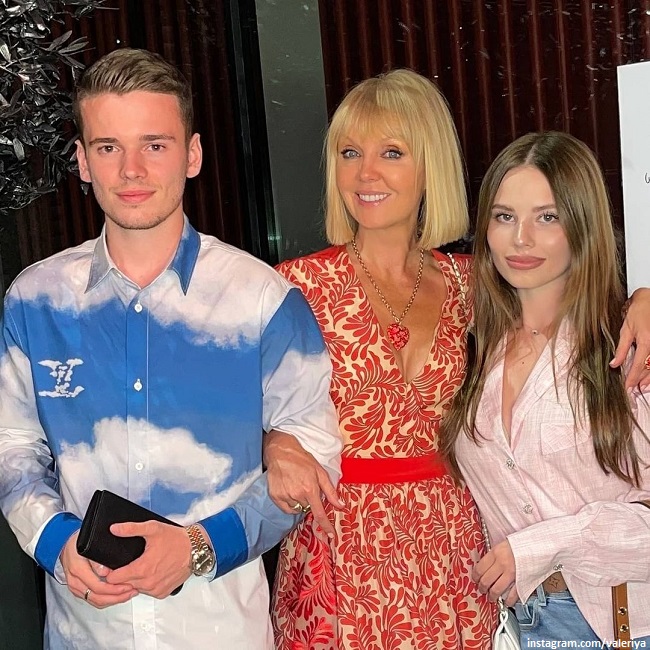 The singer’s daughter-in-law Valeria complained about her health.

Celebrating the New Year with his family, Valeria’s youngest son and his wife went straight to the hospital, where a few hours later their daughter Celine was born. A little more than three months have passed since then, and Liana Shulgina still cannot recover.

Just the other day, the young mother felt unwell and lost consciousness, after which she immediately went to the doctor. The doctor diagnosed Liana with iron deficiency anemia and prescribed appropriate treatment.

“All last week I felt terrible, there was a breakdown. As a result, on Saturday, she fainted on the street. The doctor identified the cause. Put on a dropper“, – shared 23-year-old Shulgina.

Now Valeria’s daughter-in-law is trying to be more attentive to her health – she follows the instructions of a specialist, eats well, and also tries to spend as much time as possible in the fresh air.

Recall that Liana and Arseny Shulgin got married in August 2020. After some time, the couple announced that they would soon become parents, and in January, singer Valeria informed fans about the new status of her grandmother. And recently, the granddaughter of the famous artist made her first trip to Dubai.

“Our flight was great! Children under one year old tolerate flights more easily than those who are older. If you have made a decision to fly with an infant, it is important that there are no contraindications. Be sure to check with your pediatrician. You can’t fly with a runny nose, cough, and so on. We didn’t put anything on Celine’s nose and ears. I fed the baby just before the flight. During takeoff and landing, she gave a pacifier, talked to her, distracted her as best she could, ”Liana shared.