Valeria is preparing to replenish the family 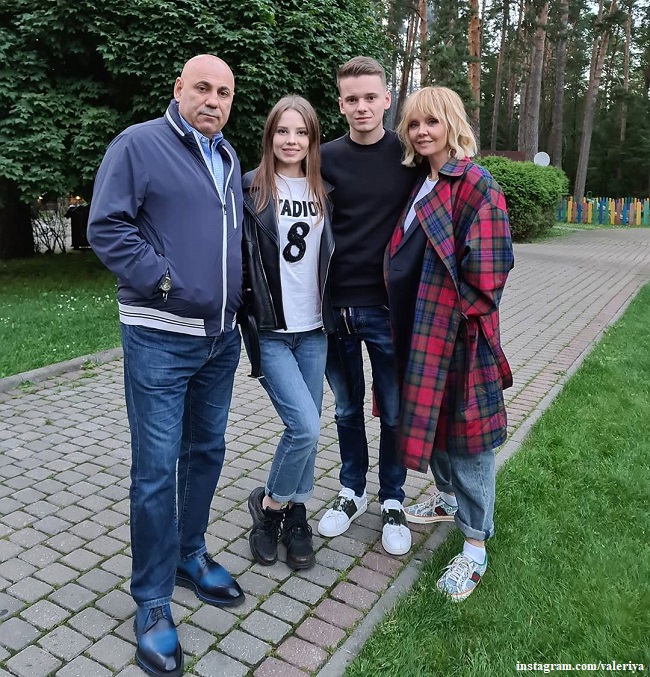 52-year-old singer Valeria will soon acquire a new status, as her 21-year-old son Arseny Shulgin prepares to become a father.

Arseny Shulgin is going to make his mother Valeria a grandmother. As it became known, the singer's son will soon become a father. Rumors about this spread back at the end of August, when the artist's heir played a magnificent wedding with his chosen one named Liana. Then to many guests of the holiday, the bride's dress seemed too voluminous. It was evident that she was trying to hide the obvious changes in the figure.

The day before, the young man stopped hiding the news of the upcoming addition to the family and for the first time showed his wife with a rounded belly. In the photo, Arseny gently hugs his beloved and demonstrates a gesture typical for future parents' photo sessions. Internet users have almost no doubts about the pregnancy of Valeria's daughter-in-law.

The singer is in happy anticipation of the birth of her grandson or granddaughter. In a recent interview, Valeria said that she is not afraid of the new status. She is ready to babysit the kids, but does not want them to call her "grandmother." The singer will teach the younger generation to be addressed by her first name.

In addition to Arseny, Valeria raised two more children: her son Artemy and daughter Anna, who recently announced that her name was in fact Shen. The singer's eldest son got married last summer, but has not thought about children yet. As for the heiress of the star, she is so far focused on her career, and not on her personal life.