Using the open door, the porcupine entered the kitchen 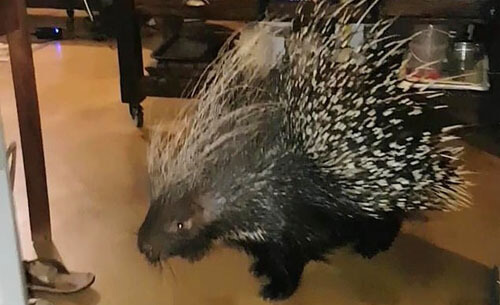 There are many animals in the vicinity who are not averse to visiting Tim and his family. But once the homeowner still left the door open for just a few seconds, which the porcupine immediately took advantage of. Although the man was surprised to see a prickly visitor in his kitchen, he coped with his emotions and politely but adamantly forced the guest to retire to the backyard. 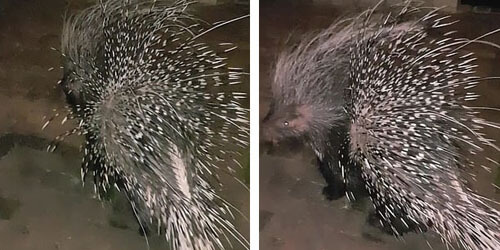 Tim added that he is well acquainted with this animal, nicknamed Mr. Prickly. The porcupine often hangs around the house, but he is never invited inside, since he has absolutely nothing to do there.

See also: Porcupine came to the bar, but was driven out by a broom