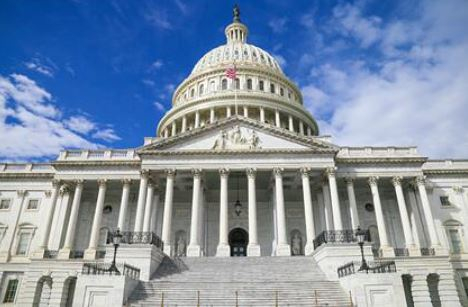 Democrats from the budget committee of the US House of Representatives have called for an increase in the maximum corporate tax rate to 26.5 percent, writes Bloomberg, citing an anonymous source. Politicians are also looking forward to imposing taxes on cryptocurrency and tobacco to help fund the funding of President Joe Biden’s 3.5 trillion economic recovery plan.

However, such measures will not bring enough money to the budget to adopt a large package of social spending, which is being promoted by the head of state. Biden expected the maximum corporate tax rate to be raised to 28 percent from the 26.5 percent proposed by his party members. According to sources, the capital gains tax will rise from 20 percent to 25 percent instead of the 39.6 percent figure proposed by the president. Democrats also intend to introduce an additional tax of three percent for individuals with an adjusted gross income (profit after deducting all sunk expenses and other deductions) in excess of $ 5 million.

In addition, the budget committee proposed taxing digital money in the same way as other financial instruments in the country. From fees from cryptocurrency transactions, the authorities plan to add about $ 16 billion to the budget. The Democrats want to get the same amount by reducing tax deductions from bonuses to officials in leadership positions. An important point in the plan is to increase taxes on tobacco and nicotine products, including e-cigarettes – according to preliminary estimates, this measure will bring $ 96 billion.

“[Предложение комитета] meets the two main goals that the president set at the beginning of this process [согласования пакета поддержки]: it doesn’t raise taxes for Americans earning less than $ 400,000 [в год], and cancels key elements of Trump’s tax breaks for the rich [граждан] and corporations that have done nothing to improve the economic health of our country, ”said White House spokesman Andrew Bates in a statement.

The document, circulated to members of both parties and obtained by Bloomberg, provides preliminary estimates according to which the new measures will bring $ 2.9 trillion in budget revenue. This includes $ 700 billion in taxes for the wealthy and cuts in Medicare health care drug subsidies. The document also takes into account $ 600 billion from the potential growth of the US economy, which will increase the tax base of citizens – if the welfare of Americans improves, taxes will be able to fully “pay” Biden’s budget plan of 3.5 trillion. But the opposition advocacy group Americans for Tax Reform said the increase in the corporate tax rate would increase utility bills and make the US less competitive on the global stage.