US faces an energy crisis 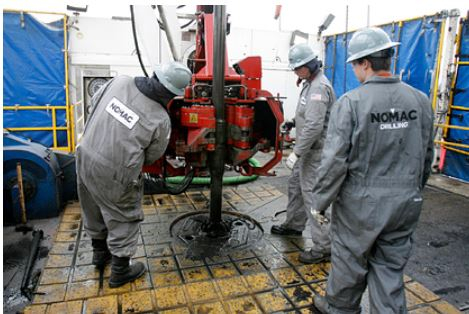 The United States, the largest natural gas producer, could face major challenges as gas prices in the region hit multi-year records and clean energy capacity is inadequate due to past natural disasters. According to Reuters, analysts predict further increases in fuel prices amid energy crises in Europe and China.

November gas futures on Henry Hub in the United States reached $ 5.831 per million British thermal units (equivalent to about $ 208.7 per thousand cubic meters).

The energy crisis has threatened the recovery of the economies of China and European countries. The United States, however, has long been shielded from the problems associated with natural gas, since a large amount of this type of fuel is mined domestically and only a small part is exported.

However, record price increases are worrying in California and New England (as the states of Connecticut, Maine, Massachusetts, New Hampshire, Rhode Island and Vermont in the northeastern United States are called). In these two regions, the expected gas price is much higher than the national average. In California, a prolonged drought has limited hydroelectric power generation, and a smoke screen caused by wildfires has reduced solar power generation. As a result, in winter, gas will account for about 45 percent of energy generation. However, California, unlike New England, will be able to receive gas from other regions of the United States.

And in New England, five percent of all liquefied gas consumed in winter comes from overseas supplies, which will cost the region more due to competition with Europe and Asia. At the same time, in New England, it is expected that 49 percent of electricity generation will come from gas. Some power plants have another option – to switch to oil. However, now it costs three times more than gas, and the transition will be economically justified only in the event of a significant rise in gas prices. In addition, burning oil emits about 30 percent more carbon dioxide, and the United States is striving to reduce its carbon footprint. But in 2017, extreme cold weather in New England was already increasing the share of oil in total electricity generation from less than one percent to 27 percent in just one month.