Unisex fashion can be understood in many ways, but most people still agree that skirts and high heels have no place in a men's wardrobe. 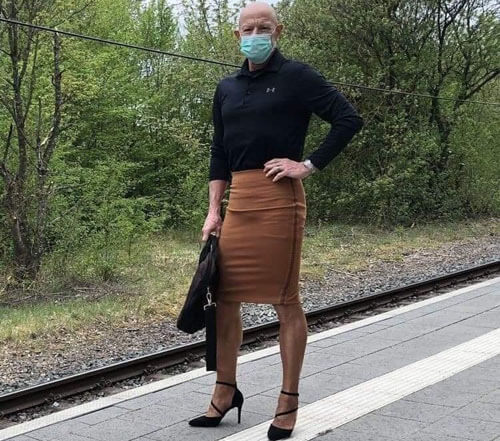 Mark Brian strongly disagrees with this, who claims that, being an ordinary man in a happy marriage, sometimes he is not averse to diversifying his appearance with women's clothing. 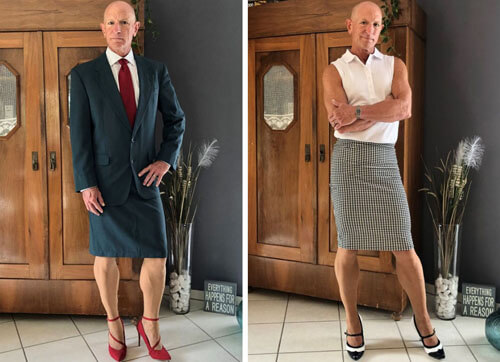 At the same time, a strange mod prefers skirts and shoes, actively taking pictures and posting pictures on social networks. 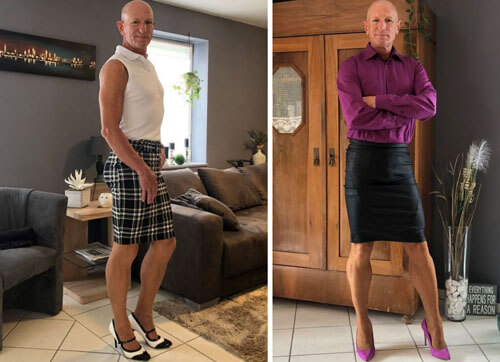 Despite the fact that little is known about this man, he has become a very popular person, and people around the world are discussing his unusual style. 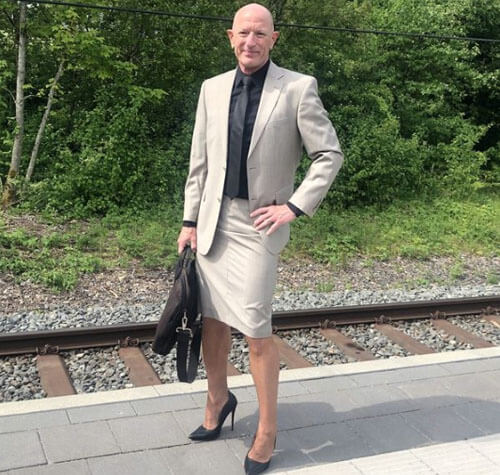 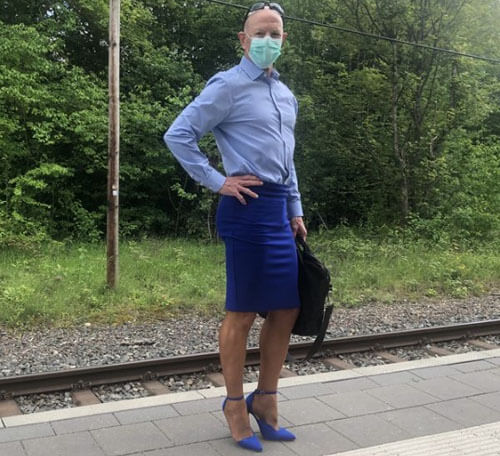 It is not even clear whether Mark goes to work in this form, on walks and shopping, or if he dresses up in skirts and shoes just to take pictures and shock users of social networks. Be that as it may, but many admit that women's things fit this man much better than some ladies.

Read also: A man in a dinosaur costume took part in a marathon run and proposed to a girl