Coral is one of the most incredible forms of life on earth. They are amazing for its natural beauty and variety of forms. Depending on the composition of organic impurities coral polyps can take about 400 possible shades. Where are the most unusual corals and what forms they can take? 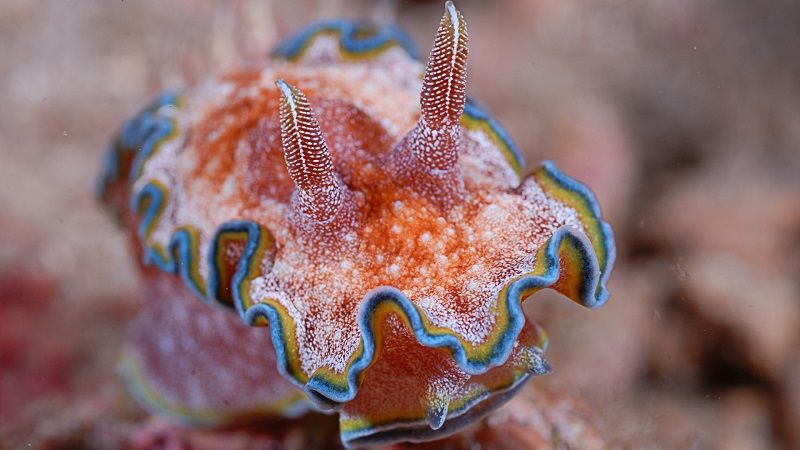 Amazing "underwater forests" are formed as a result of the activity of marine life from the order of coelenterates. They form a strong calcareous skeleton, which retains its shape even after the death of a living organism. The skeleton and is the basis for the formation of reefs and coral Islands. Due to the fact that the boundaries forming its polyps for almost a year, it seems that on the creation of this beauty worked the cells of a single organism.

To meet atoli and reefs in tropical and subtropical waters because they can only grow at temperatures below around +21°C. mostly the colony, the number of species of which about six hundred, settling in the waters of the Indian and Pacific ocean. 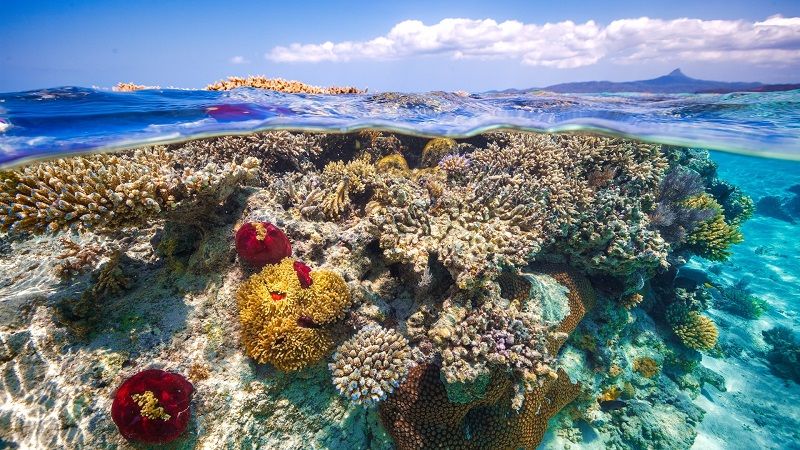 The shape of the formed colonies can be very diverse: some lattice formed from a flat plate, the other – spreading bushes, and others – surround balls and pyramids... it is influenced by several factors: water temperature, level of silts of the bottom and even the force of the current.

Depending on the organic compound corals can be painted in gentle pastel shades such as pink or cream, and rich colors – red, blue, black.

The total area of the colonies of coral reefs in the world reaches 27 million square kilometers. Unfortunately today, almost one-third of coral reefs have been destroyed. Chances are that in the coming years the trend will continue.

The most unusual instances

The world of corals is very diverse. In the view of most people, coral is associated with something fragile, and certainly hard. In fact, in addition to the traditional there are soft corals, deprived of a rigid solid skeleton. In the daytime they are shapeless lumps. But by nightfall, turn into a voluminous lace patterns. 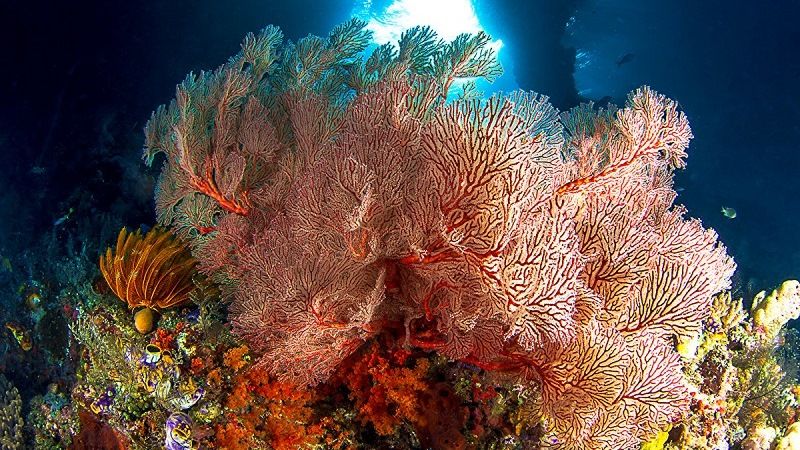 It is noteworthy that such a spineless colony of polyps living in symbiosis with growing algae on them, adopting a certain color.

Not all corals grow to the substrates. For example, the mushroom, called the visual similarity with the underside of the mushroom cap, can just lie on the bottom of the ocean. It is based on a large single polyps, which diverge radially and form the shape of a rounded shape with a diameter of 30 cm.

Bloody foam, flower of blood... not only As a branching coral that looks like frozen for a moment thread. It is pink and red hue. The most valuable are instances of coal-black.

Amazing creatures of nature can take the most bizarre forms. A striking proof of this are the corals known as "sea Lily" or "Medusa". To top it all off "garganey" coral has a bright red colour.

Miniature suns, lost in the depths – the first thing that comes to mind when admiring the fiery red sun corals. They prefer to live in underwater caves. The size of the "stars" only 25-30 cm

Corals of the great barrier reef

The largest representative of the world coral is a "settlement" off the coast of Australia called the Great barrier reef. Oasis of underwater creatures can rightly be attributed to this miracle of nature. 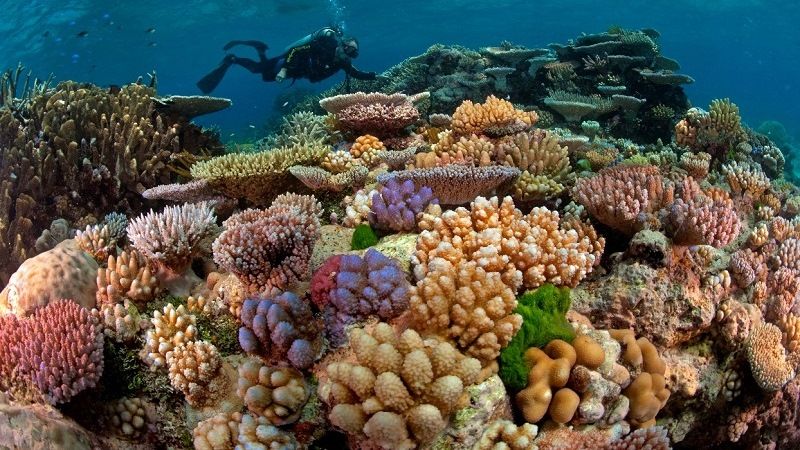 The ecosystem participants are 400 species of coral, fifteen hundred species of fish and hundreds of species of algae. Due to this the polyps become rare shades such as pink, orange, blue, lemon.

Water oasis, which is visible even from space, is recognized as the biggest ecosystem of our planet. Today the Great barrier reef included in the list of the world heritage list of UNESCO.