Going to the city cemetery to look at unusual gravestones is perhaps the last thing that comes to mind. However, acquaintance with them can tell a lot about the culture of the people and individual residents of the country, as well as give an unforgettable experience, not only creepy, but also positive.

So in some cemeteries one can find real masterpieces worthy of becoming museum exhibits. Others are interesting for their historical value. If you drop all superstitions and fears, then you can discover something new and broaden your horizons. 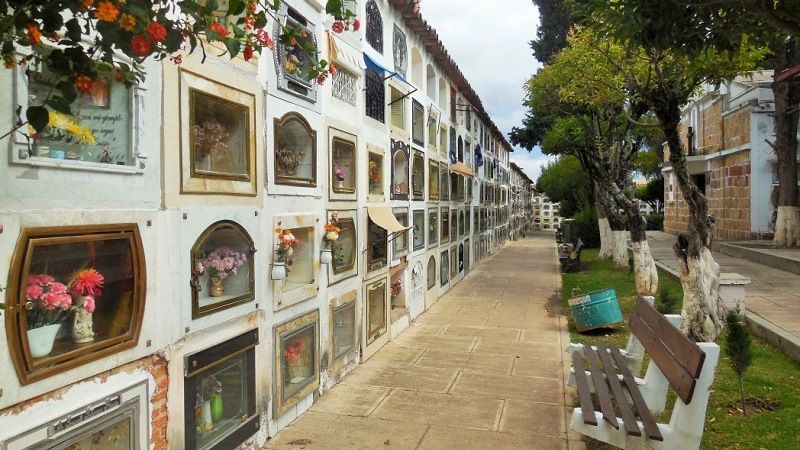 The most unusual cemeteries in the world

Church of the Dead

In Urbania (Italy) is the Church of the Dead, which is famous for a collection of 18 mummies dating back to the Middle Ages and the Renaissance. Once the church served as a cemetery, but then Napoleon ordered the bodies to be reburied outside the city. During the move, it was revealed that the remains of themselves turned into mummies.

At first, what happened was mistaken for a miracle, but later experts found that the secret of such natural mummification lies in a special type of mold growing in those parts. She dried the bodies by absorbing moisture from the tissues. 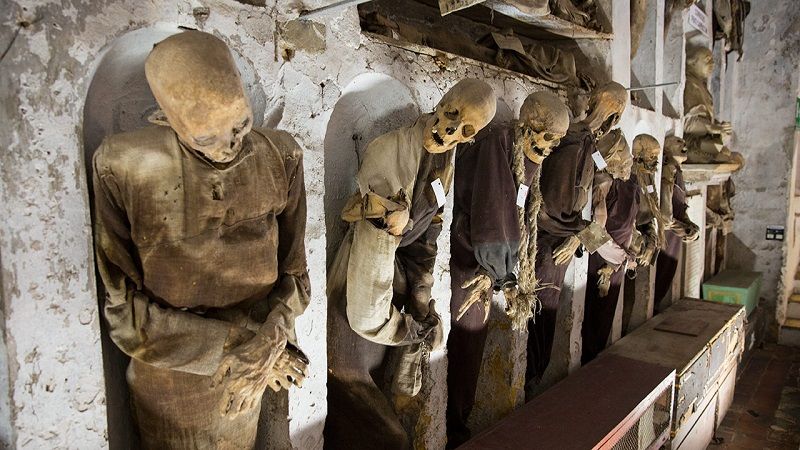 The “exhibits” displayed behind the altar of the church each have their own history, for example, there is a woman who died during childbirth, and also the rector of the brotherhood. Tourists come to watch the chilling spectacle with pleasure. Interestingly, for the residents of Urbania, it is not considered immoral to expose the remains of people for everyone to see. On the contrary, it is an honor. This honor is bestowed only on outstanding personalities.

Discovered in the 1920s, the Peruvian Chauchilla cemetery dates back to around the 1st-2nd century AD, which means that some of the remains are about 2000 years old. They probably belong to the Nazca civilization (those who created mysterious geoglyphs on the sand).

Chauchilla includes thousands of burials, but the remains were not buried, but laid in a sitting position in open tombs, the walls of which were lined with bricks. Another surprise is the “facial expression” of the skeletons – they smile. The smile sometimes looks welcoming, and sometimes it is creepy. There is a feeling that they are waiting for someone, inviting to join. 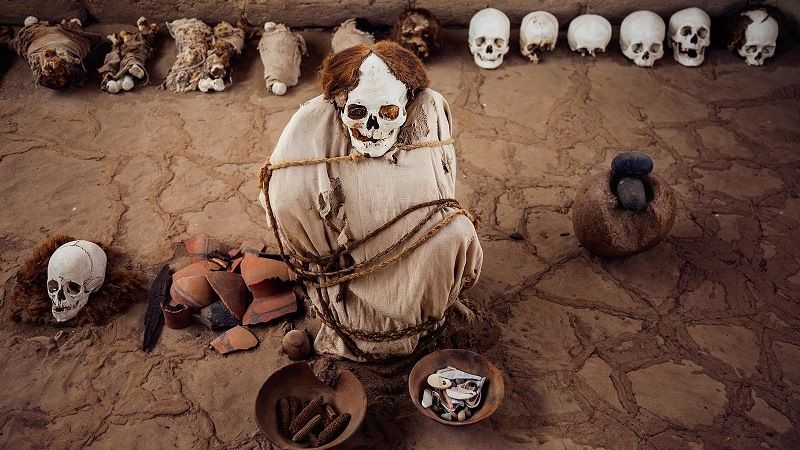 Chauchilla’s bodies can be called “a scientist’s dream.” They were well preserved because of the dry desert climate, as well as thanks to a special burial technique: the dead were dressed in cotton clothes, then watered with resin.

The find made it possible to learn more about the Nazca people, but the safety of this cultural heritage is under threat. The burial structures were partially plundered and continue to be plundered by “black diggers”. They are interested in jewelry and ancient artifacts that were buried with the dead.

This portal tomb is located in the Burren area (Ireland). The estimated time of its creation is 4000-3000 years. BC. 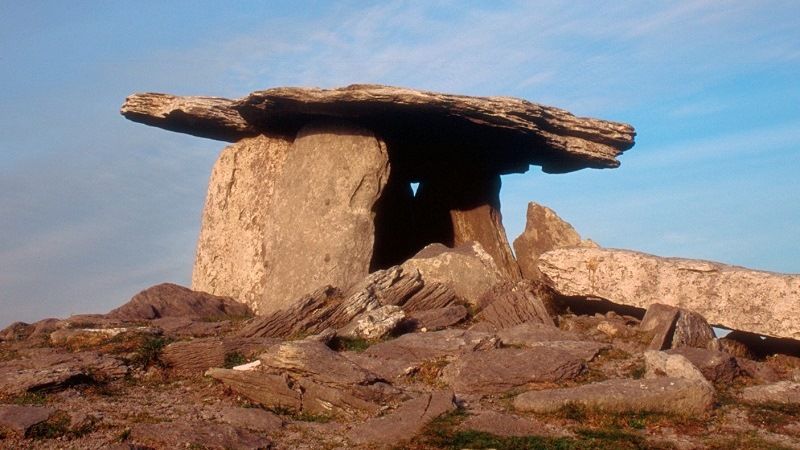 Dolmen Pulnabron is a tombstone of 2 huge stone slabs of 2 m, on top of which lies the third. It turns out a huge stone table. During the restorations, skeletons of more than 20 people were found under the dolmen, including a newborn child. Also, various things were buried in the ground: weapons, dishes, household items.

Hanging coffins are more of a custom than a specific burial site. It is distributed in several regions: China, Indonesia, and the Philippines. Instead of burying the coffins in the ground, they are hung on rocks, high above the ground. 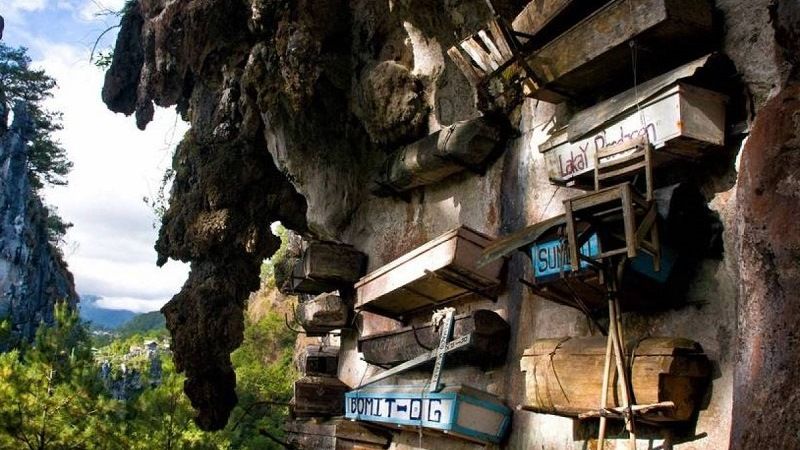 Initially, this was done to protect bodies from animals, but over time, hanging coffins became a tradition.

You can walk around this necropolis in Buenos Aires for hours looking at the buildings there. At La Recoleta cemetery, there are not ordinary monuments, but large mausoleums that look like houses. One gets the impression that you are walking in a small town. Each of the 6,000 mausoleums has an individual style, sometimes they resemble Gothic chapels or Greek temples. 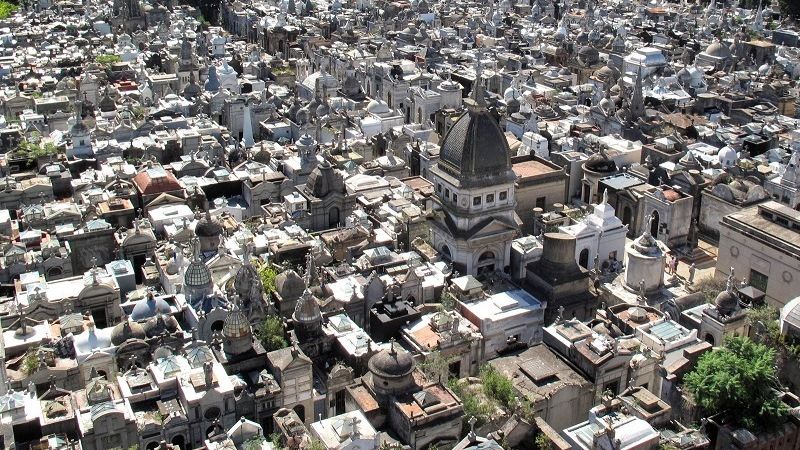 The Neptune Memorial was opened in 2007 in Biscayne Bay, Florida. This is the first underwater mausoleum, which became the resting place of thousands of the dead. The idea is quite original: at the bottom of the ocean, a whole city with roads, sculptures, benches was sculpted from a mixture of cement and ashes of cremated people. Reminds of Atlantis. 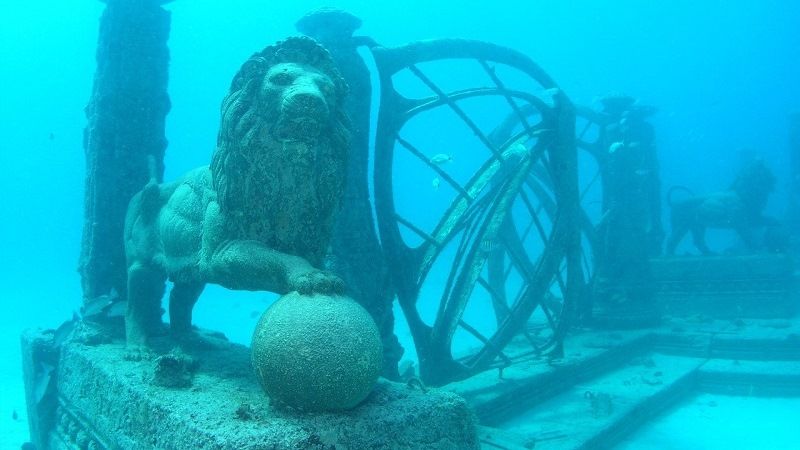 But this is not just a structure, but an artificial reef. Thus, someone’s death will give a new life. In addition, land area is saved.

Memorial plaques with the names of the deceased buried there are installed on the roads of the underwater streets. The reef area is 65,000 m2but it continues to expand.

You can get a place in the Neptune cemetery for no less than $ 7,000. True, relatives will have to scuba dive to visit the grave of their loved ones.

Unusual cemeteries and gravestones in Russia

City of the dead

Often called the City of the Dead, the village of Dargavs (North Ossetia – Alania) is considered one of the most mysterious places in Russia. This ancient necropolis, hidden in the Caucasus mountains, looks like the ruins of a medieval village at first glance. The crypts with the remains of the dead look like white houses with roofs. Only when you come closer, you understand what it really is. 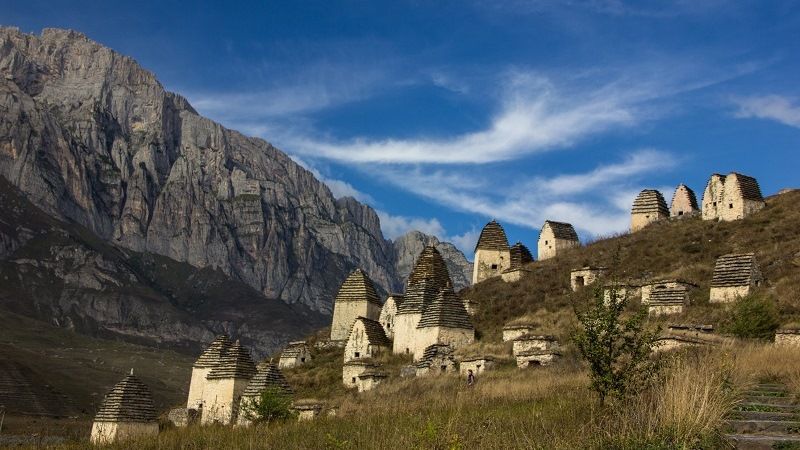 According to the official version, the inhabitants of the valley buried loved ones there. Each family had a separate crypt. The more people are buried there, the higher it is. Some sources claim that the oldest crypts date back to the 16th century, supposedly at that time a plague raged in the neighboring territories, and the village became the burial place of the dead patients.

An interesting fact: recently in Dargavs, it was planned to shoot a new horror film, but the inhabitants of the Republic perceived this news negatively, since for them the necropolis is sacred. As a result, the shooting was postponed.

This is an old necropolis of Moscow, containing a large number of tombstones that can be called works of art. In most cases, they are the creations of outstanding artists, architects and other masters. The Vagankovskoye cemetery was founded in 1771. At first, it served to bury the sick who died from the plague, then the poor were buried there.

Celebrities appeared here only in the 19th century. Now, on the territory of the Vagankovsky necropolis, one can find the burials of famous Russian figures: Vladimir Vysotsky, Alexander Abdulov, Vladimir Voroshilov, Bulat Okudzhava, Oleg Dal, Sergei Yesenin. To see the most interesting places, you can order an excursion from the local guides. 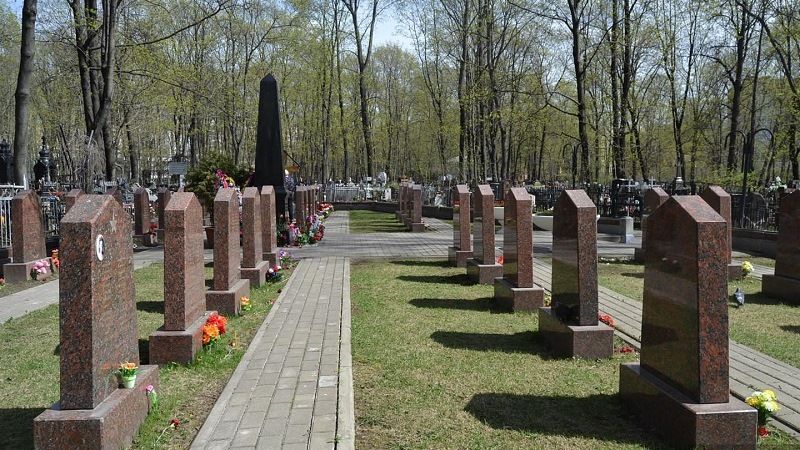 The grave of the famous criminal Sonya “The Golden Hand” stands out especially at the Vagankovskoye cemetery. It is believed to bring good luck and material gain. Therefore, “pilgrims” come to her (mostly representatives of the criminal world, although there are also ordinary people). They write down their requests on paper and leave them near Sonya. The statue, by the way, lacks arms and head. They say that it was broken off by some drunken man who was trying to climb in and kiss his idol.

But they come to Vysotsky’s grave for inspiration. Some even argue that the poet in some mystical way helps them write lyrics, poems. His monument also deserves attention: the sculptor sculpted Vysotsky from bronze, wrapped in a kind of straitjacket, and bursting out of the flame. Next to him is his eternal companion – the guitar.

Yesenin’s grave is notable for its sad glory. Near her, many people took their own lives, following the example of the notorious poet. It all started with his friend Galina Benislavskaya. She came to Yesenin’s burial place and shot herself in the head with a revolver. Subsequently, she was buried next to her lover. 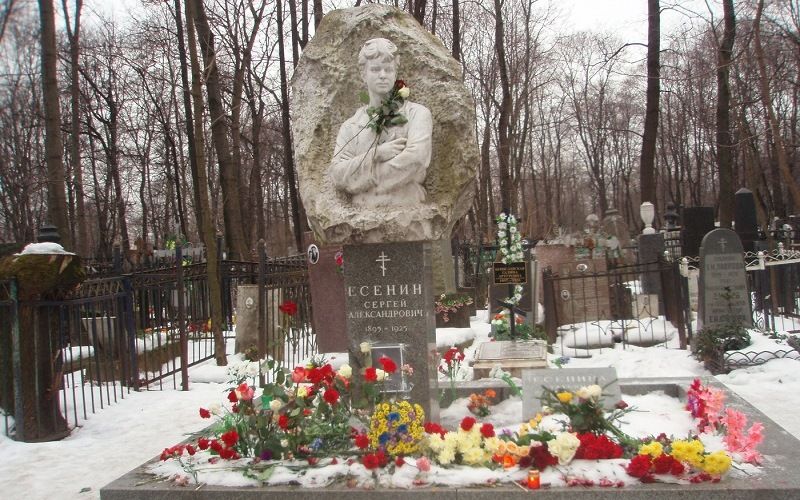 The Vagankovskoye cemetery still keeps many secrets. It is worthy to visit it and get acquainted with the history and legends of the local “inhabitants”.

Another cemetery popular among Russians, which is an object of the country’s cultural heritage, is Novodevichye. This is because many celebrities are buried here – N.S. Khrushchev, A.N. Tolstoy, M.A. Bulgakov, N.V. Gogol, V.I. Vernadsky and others. The monuments erected in their honor are true masterpieces.

One of the most unusual graves at the Novodevichy Cemetery belongs to Yuri Nikulin, a well-known Soviet actor. The sculpture depicts Nikulin sitting with a cigarette in his hand. It reflects the simplicity and soulfulness of this person. 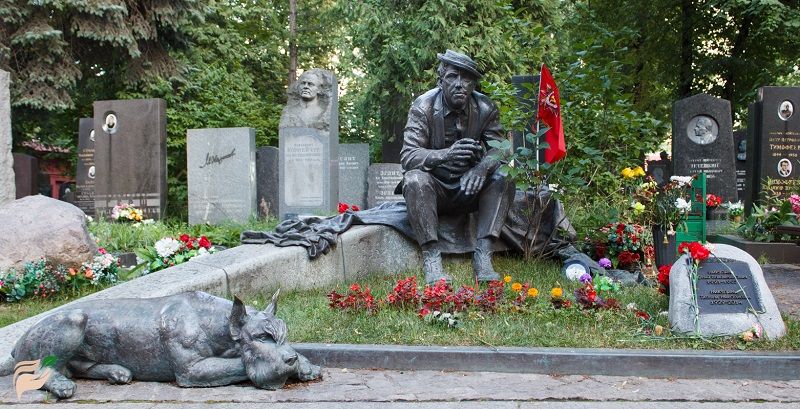 A marble chapel was installed in memory of Chekhov. And the memorial to the recognized surgeon A.N. Bakulev, the founder of cardiovascular surgery, looks like two hands holding a large red stone – a symbol of the heart.

Pere Lachaise is a large Parisian necropolis that is visited by more than 3 million tourists annually. How is it attractive? A huge number of famous figures found their last refuge on Père Lachaise: from the composer Frederic Chopin to the writer Gertrude Stein and the musician Jim Morrison. 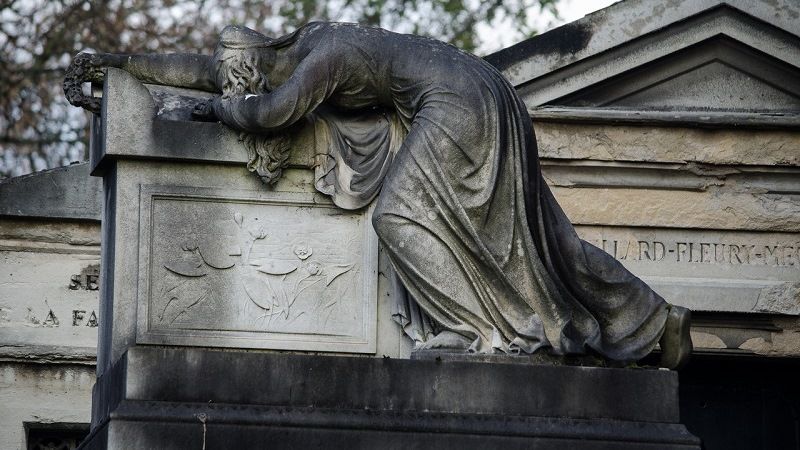 In addition, each grave has its own design. On top of some there are busts of the departed, while others stand amazing statues. For example, a sphinx carved from a 20-ton piece of wood rises above the burial place of Oscar Wilde. The memorial at the grave of musician and actor Fernand Arbelo depicts how he holds his wife’s face so that he can look at her face forever.

In the Romanian village of Sepintsa, there is a cemetery called Merry. The point is in unusual colored gravestones with images of scenes from the life of the deceased and a bizarre epitaph.

Such monuments have turned a dull place into something cheerful, bright. Although, if you look closely at them, you will notice that the drawings and phrases engraved on the tombstones are not so joyful. For example, one of them depicts a man hit by a truck. The other contains the inscription “do not disturb my mother-in-law, otherwise she will bite your head off.” 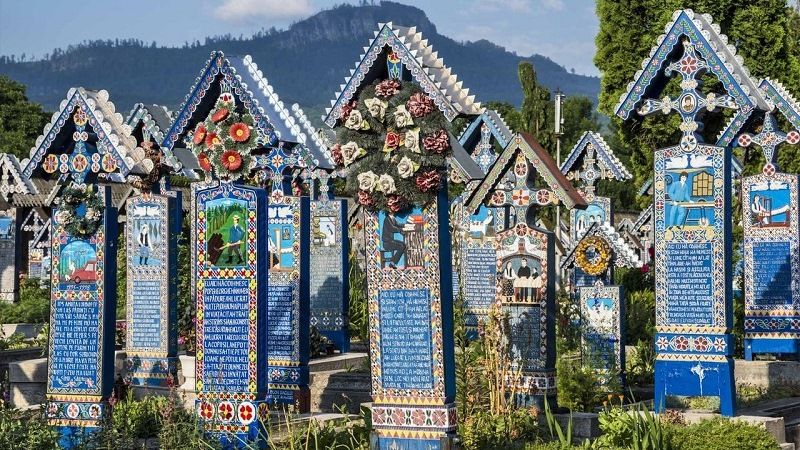 The monuments were carved from wood and hand painted by a local craftsman. He continued to pursue this business until his death in 1977, having managed to make more than 800 objects. Now the cemetery has been turned into a museum that is popular with tourists.

It is only natural that Jules Verne, the father of science fiction, will have an unusual monument. Two years after his death, a sculpture was installed called “Vers l’Immortalité et l’Eternelle Jeunesse” (“Towards immortality and eternal youth”). The statue depicts the writer breaking a tombstone and exiting the crypt. 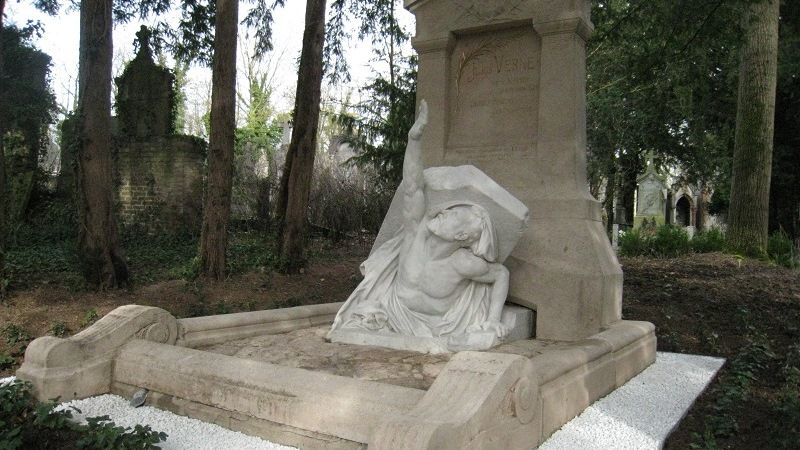 A strange procession that never moves

Surprisingly, this monument belongs to the grave of only one person – Colonel Henry G. Wooldridge. It is located in Maplewood Cemetery, Kentucky. The statues were built under the leadership of a military man during his lifetime. It took 7 years to create from the stone all the people dear to him whom he had lost, including his mother, sisters, wife. There is also a sculpture of Henry Wooldridge’s favorite horse on the grave.

This statue is erected in memory of Francis Hacerot, a Seattle entrepreneur. A seated bronze angel of human height holds an inverted torch – a symbol of extinct life. Mysticism is added to the angel by black “tears” that seem to flow from his eyes. 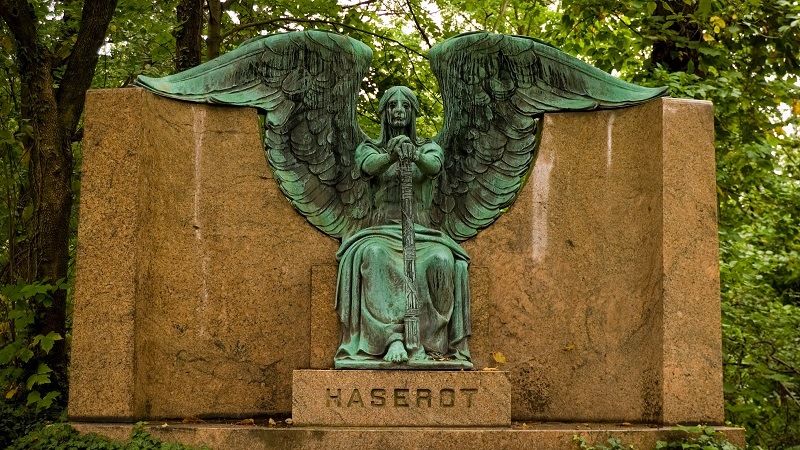 Unusual tombstones can be found, probably, in every cemetery. People erect in honor of loved ones or in memory of themselves not only beautiful monuments depicting a person resting under him, but also statues in the form of cars, pieces of furniture, a theater stage, and favorite animals. There’s even a gravestone with a carved computer as well as a cell phone!