Quality bed linen is the key to not only good and restful sleep within the bed, but aesthetics are in the walls of the room as a whole. Modern manufacturers offer a wide range of bedding sets of various colors and compositions. But there are among them those that can rightly be called original and unusual linens. 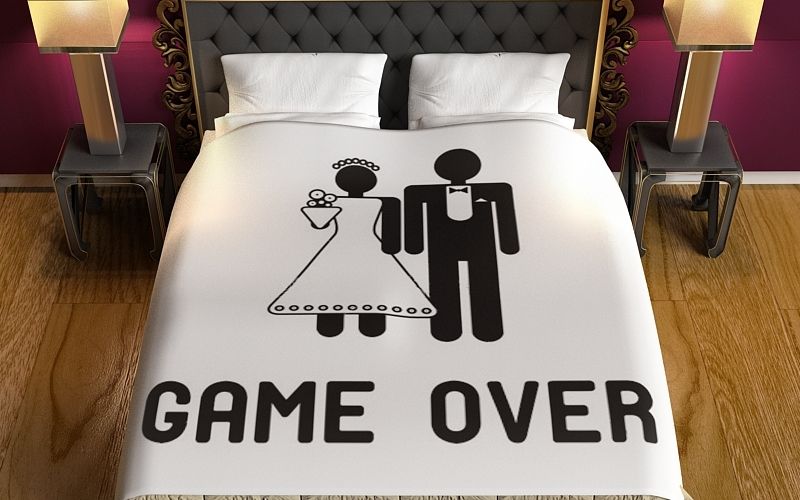 You're not alone – apparently this principle that guided the designers, creating the sets from the "girlfriend" or "pet". To enhance the visual effect producers used 3D technology, which involves transferring of the image onto the fabric through heat treatment. Due to this, they look very expressive, but natural. So a cursory look at the bed there is a feeling that with you rests the beautiful lady or the corner of the bed curled up in the fetal position with a real kitten.

Trying though a little to brighten up the loneliness of many people in an empty bed, the designers release the kits from the series "hold me". They are decorated with images of silhouettes of people. 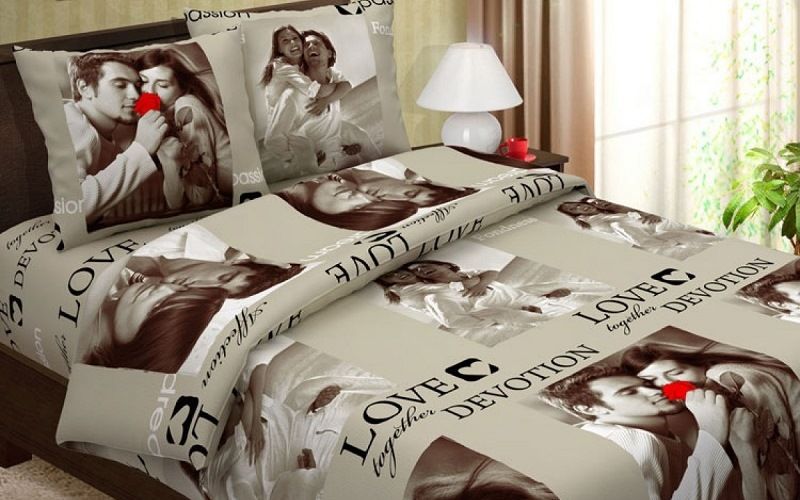 Among the popular models exist at all unusual bedding sets. For example, are widely demanded sets with 3D effect, simulating sleeping under the rose petals naked girl. The only drawback of these sets to stay in that desired visual effect can be obtained by only picking up a color image under the skin tone of the one who will bask in bed.

No less original look and the so-called "anatomical" sets, with the accuracy of the shape of the body and showing all parts, until the vessels and bones. 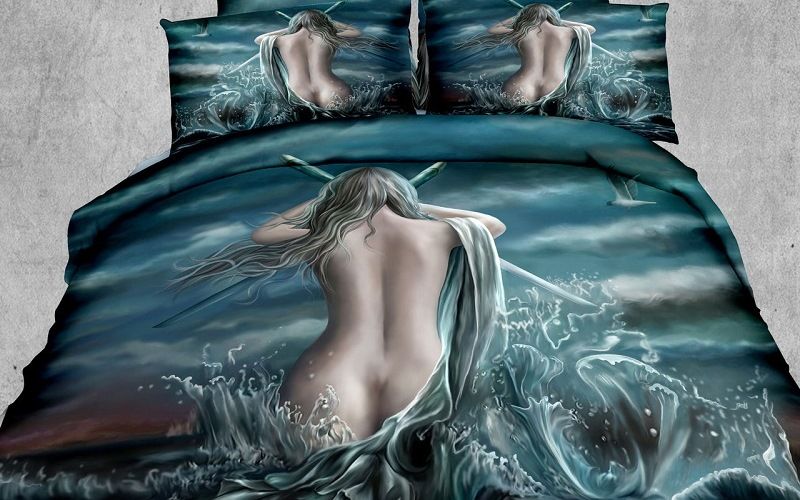 For those who like to toss and turn while sleeping, the designers have created a set called "picture your body". They are decorated with contour lines. It is possible to trace the position of the human body that we usually taken during sleep.

Fans of various gadgets manufacturers of the textile industry, encouraging innovations, in the form of huge phones, or decorated with drawings in the form of screensavers popular applications. 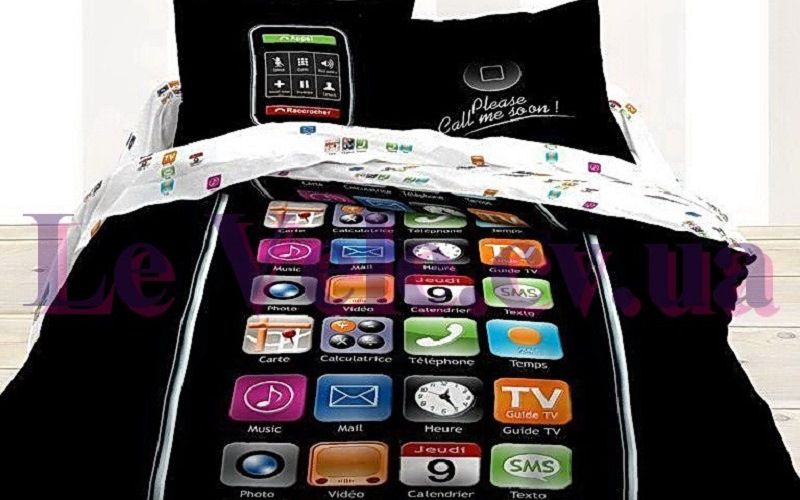 For those who want at least temporarily escape from everyday life and immerse yourself in the world of fairy tales, the original solution proposed by the designer adorned the rooms of "The Great Eastern". Tiago da Fonseca has created a quilt, a duvet cover which consists of several layers, simulating a large book page. At every turn the printed part fairy story, after reading which they visit only sweet fairy dreams.

Fans to read before bedtime, the designers are pleased with yet another creative innovation in which complemented rectangular duvet cover sewn on to it "gloves." Climbed under the blanket, enough to put his hands through special sleeves ending in gloves with one bare finger. It's so hard to turn the pages! 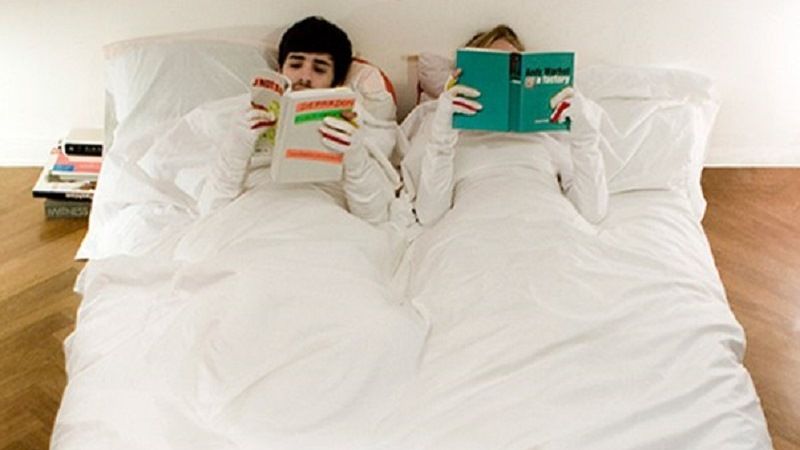 Did not escape the attention of the producers and young consumers, releasing for them many options the most unusual children's bedding. Very interesting look sets issued in the form of suits of astronauts and decorated with a detailed map of the sky.

Young ladies like to choose sets with images in a full-length fairy tale characters, carnival costumes or the lush outfits of the past centuries. 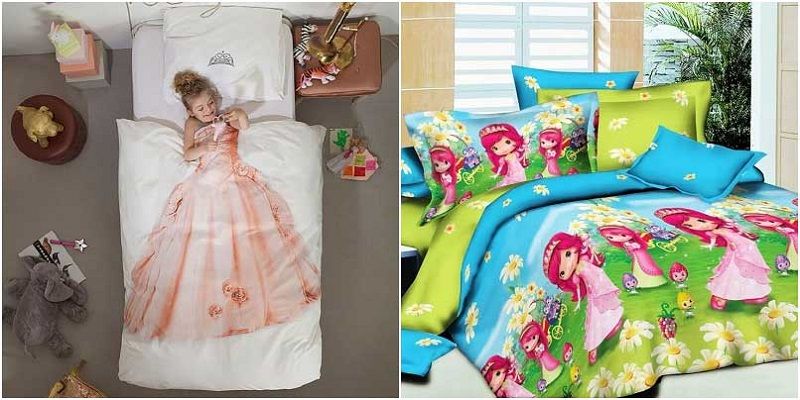 Enough to hide blanket, dressed in such an original duvet cover and you're instantly immersed in the wonderful world of dreams and fantasies.

The most amazing bed

The most creative bed linen can be considered released not so long ago on the market novelty, the set of markers. Who in the childhood did not dream to show their talent, painted the same white wall or bed? Now an overwhelming desire easy to implement! The set, decorated in the notebook sheets to draw on with special pens. Used to "fill" a water-soluble dye is easily washed off. So after every wash the fabric becomes bright and original appearance, allowing creative individuals again and again to make artistic experiments, not getting out of bed. 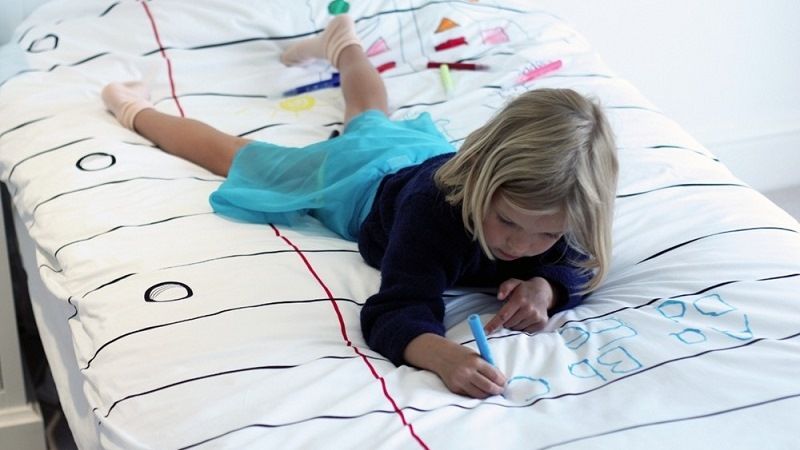 Among the most unusual bedding sets have their Champions. So in 2007, the Russian manufacturer were the largest set, called "for of Gulliver". It includes bed sheet, duvet cover and pillowcase. His tailoring spent almost 700 meters of fabric with width of 1.5 meters and 20 thousand meters of sewing thread. For the manufacture of the material took 5724 138 meters of yarn. For sewing only one duvet cover in eight masters left working 44 hours, pillowcase is 16 hours and the sheets 20. To spread linen on the field, they had to use more than 20 assistants. 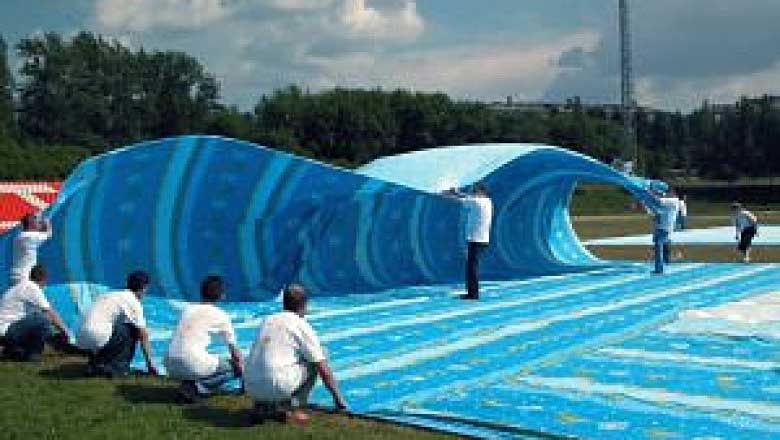 For clarity, the size of the "giant", here is the fact that one duvet cover easily cover a tennis court, and, if desired, it can simultaneously accommodate 1.5 thousand pairs of people.

A significant event was first officially confirmed and entered into the book of records of Russia, after it was noted in the Guinness book of records.

Most expensive bed linen, designed to delight the dreams of the famous and rich, production is manufactured under the brand "Charlotte Thomas Bespoke". Products of the British manufacturer can rightly be considered works of art. 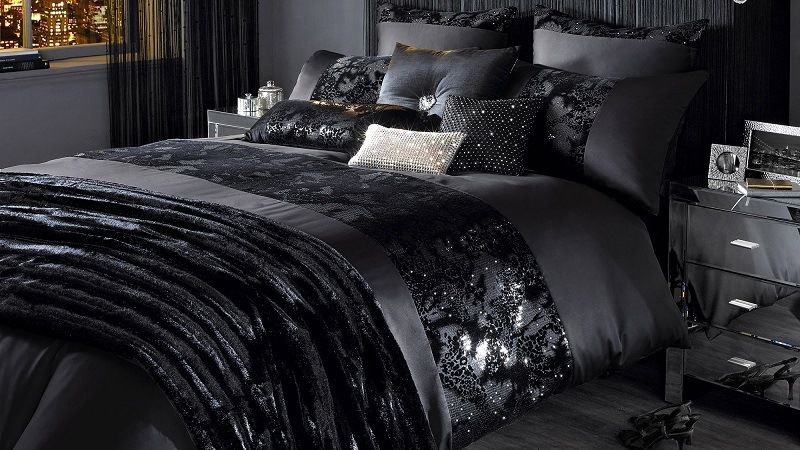 Each kit is made exclusively to order by hand. In its manufacture are used only natural materials of the highest quality like Egyptian cotton and Indian silk. Furniture elements decorated with threads, which include 22-Karat gold.