Underfilling of gasoline provided … the virus

The “gasoline virus” has been neutralized in the south of Russia. The ingenuity of scammers knows no bounds and mutates over the years no worse than covid.

Every driver in Russia knows horror stories about fraud with gasoline. The main ones are harmful additives added to “increase” the volume of fuel, and the banal underfilling of gasoline in the tank when refueling a car. During the Soviet era, the latter method was the most common. And since it was considered a disastrous thing to fight deception and to scandalize, everyone took an unfinished liter or two of gasoline as usual: they say, they left a “tip” at the gas station.

THE MARKET DOES NOT GUARANTEE HONESTY

The situation changed with the advent of market relations. Now it is considered as follows: if we pay a lot for fuel, more and more, well then, if you please, pour it for us as much as we should. However, the temptation to cash in on drivers by underfilling has not gone away over the years. Recently, in the Volgograd region, a case was sent to the court about one cunning group of fraudulent businessmen.

They spread a specially crafted computer virus at gas stations. The computer program introduced at the automated filling station worked like a clock. She has consistently provided customers with underfilling of gasoline for years. Yes, crooks pinched off the drivers, as they say, godly – from 1.5 to 5% on each car. This made it possible to hide underfilling from most drivers, and put millions of rubles in the pocket with the accumulated total. This money came after the collected “surplus” of gasoline was sold off the checkout in various proven ways. 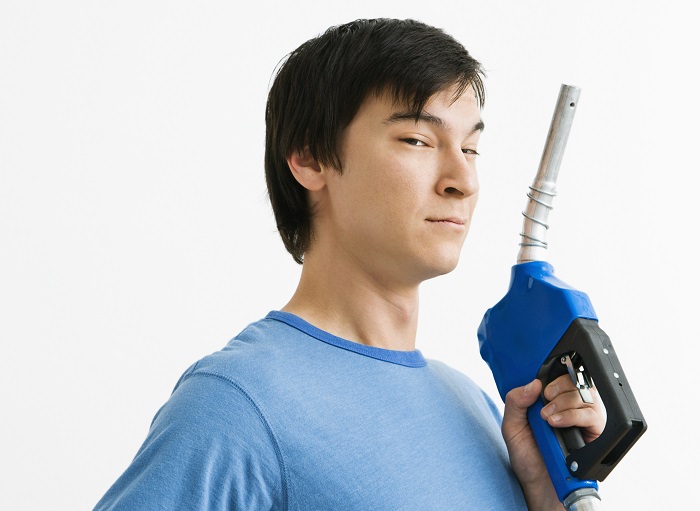 HOW MUCH ROPE DO NOT HAVE

The gang of fuel fraudsters felt protected, since, as is customary, they “rolled back” part of the production to whoever they should. The group has grown and has recently been operating in several regions of Russia. Cunning malware was used at many gas stations in the Rostov, Volgograd and Saratov regions. But they caught the intruders in Volgograd. There were programmers, two men, 67 and 49 years old. By today’s standards, hackers can be called elderly, but they had a fraudulent prowess in the regiment of youths. They are said to have been looking for a long time and found one acquaintance with connections among the administrators of the gas station.

He was offered their collective creative “product”. This acquaintance appreciated the prospect of enrichment and hastened to introduce the “gasoline virus” wherever he could agree. Only from April to June 2018, the malicious development was put on 9 gas stations, and this, it seems to us, is only the discovered tip of the iceberg – after all, underfilling is becoming a mass phenomenon again today.

After a series of complaints and checks, the FSB department for the Volgograd region joined the case of catching the swindlers. The result of their work was the exposure of a whole group of 13 people. In addition to the developers of the virus, it included a distributor and gas station administrators. All of them will face trial in Rostov-on-Don and up to 5 years in prison.

– Of course, the lessons turned out to be very clear. It is strange that at a time when the consumer votes with the ruble and the competition in the gas station market is very high, reckless owners allow their subordinates to cheat and underfill their customers. Some owners like to save money on the maintenance of the security service, and this leads to such problems, – comments fuel market expert Yuri Afonin. In general, it is not always worth relying on the honesty of gas station workers. Drivers themselves need to know how to deal with deception at gas stations and actively apply them.