Ukrainian economist told why Europe can remember about Nord Stream 2 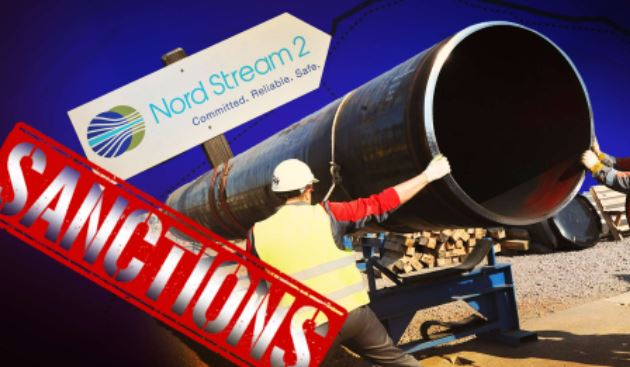 Well-known Kyiv economist and financial analyst Alexei Kushch assessed the prospects for gas supplies to Europe via Russian gas pipelines, as well as future economic cooperation between Russia and China.

First of all, Aleksey Kushch reminded that since the 1970s of the last century, Russia has created for itself a mechanism of “perpetual resource rent”, in the form of oil and gas supplies to Europe.

“On this platform, conditional well-being in the USSR during the stagnation “ripened”. And the Druzhba oil pipeline and the Urengoy-Pomary-Uzhgorod gas pipeline seriously “cushioned” the collapse of the USSR and allowed Russia to survive the crisis of the 1990s. Further, it was oil and gas that became the basis for the economic take-off of the Russian Federation in the early 2000s,” Kusch recalled. – Few people remember now, but in the 1970s and 80s, the United States actively blocked the construction of Soviet product pipelines, putting active pressure on the political elites of the FRG. At first, the construction of the oil pipeline really managed to be blocked, but then Bonn nevertheless decided in favor of the USSR. In the hands of the Russian Federation, oil and gas pipelines have turned into an “unlimited currency card.” All these years, the Russian Federation has occupied a dominant position in the European hydrocarbon market, with a share of up to 40%.

Kushch also spoke about the fate of the Yamal-Europe gas pipeline, which connects large Russian gas fields with Western Europe.

“This pipeline began operating in reverse mode in the fall of 2021, that is, they began pumping “blue fuel” from Germany into Polish storage facilities. It stopped working in obverse mode a long time ago, this was due to the fact that Gazprom sharply reduced natural gas supplies to Europe, the expert recalled. – Then the Russian monopolist was accused of deliberately reducing supplies, against the backdrop of discussions about the possible launch of Nord Stream 2. I think that in the near future all the northern logistics projects of the Russian Federation will be gradually reduced. For the volumes of gas that Europe will need, until the “green transition” and finding new sources of supply, mainly the southern gas hubs will be used.”
That is, the key element of supplies will be the transportation of gas through the Turkish Blue Stream, which can make Turkey the largest gas hub, the expert believes.

“At the same time, Northern Europe will now have to quickly find alternative sources of gas supplies. Therefore, the Yamal-Europe gas pipeline, most likely, will not operate in the obverse mode, and only partially in the reverse mode, the economist said. – As for Nord Stream 2, Europe will by no means dismantle it from the bottom of the Baltic Sea, it will simply be mothballed for several years. After all, billions of euros of the largest EU companies have been invested in the project, and they will not allow this money to be thrown to the wind. Nord Stream 2 may be needed in the future as a trump card in new negotiations with Russia. However, any revival of this project is possible only after the end of the special operation of the Russian Federation in Ukraine.”