Two security officers from the Presidential Administration who attended a protest in Moscow on January 23 were fired on the same day. 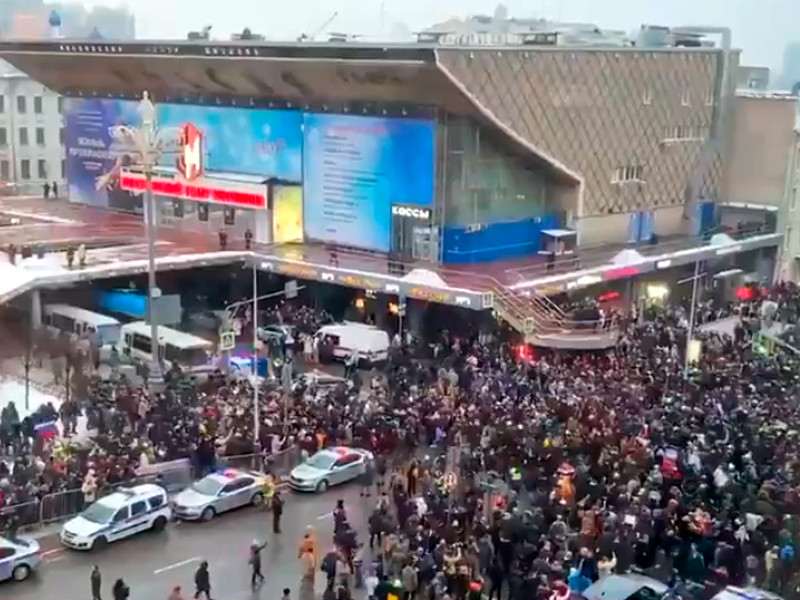 Employees of the Federal Security Service (FSO) Mikhail and Maxim Terekhovs, who attended a protest rally in support of Alexei Navalny on January 23 in Moscow, were fired on the same day.

According to the Telegram channel Baza, the twin brothers Terekhovs, who worked in the protection of the Presidential Administration, do not call themselves participants in the protest action and emphasize that on January 23 they came to Pushkinskaya just to see what would happen there.

But Maksim Terekhov was detained during the action and taken first to the OVD in the Vernadsky Prospekt district, then to the Shchukino OVD. The detainee was left in the department until the trial. The Terekhovs’ bosses found out about the detention on the same day and decided to fire Maksim Terekhov “retroactively” so that at the time of his participation in the protest action he would already be unemployed. His brother Mikhail, who remained at large after the action, also lost his job. “Because my brother” – quoted by his publication.

According to OVD-Info, Maksim Terekhov is still in the department, today the former FSO officer is to be taken to court to consider the protocol following his participation in an unauthorized action.

‼ ️ Beat your own so that others are afraid.
In Moscow, they first detained and then dismissed the FSO officers responsible for guarding the AP.
Mikhail and Maxim Terekhovs are not just twins, they also serve together in the FSO. The brothers went to a rally! Both are fired, one is sitting, the other is at home. Https://t.co/gMoEwk1CfA pic.twitter.com/IelghT8vtO

Note that on the eve it became known about a similar operational dismissal in Kursk, Police Major Ruslan Agibalov, who did not even go to the action, but simply spoke in support of Navalny by recording a video. In it, the major expressed concern about the country in which his children will grow up, who may be deprived of their freedom or life for disagreeing with the current government and expressing dissatisfaction.

An hour after the video was published, Agibalov received a call from the local FSB department and asked him to come for a conversation at the Kursk police department. This conversation lasted seven hours. Intelligence officers asked Agibalov who his curator was, whether he was paid money, why he filmed and posted the video. Then the FSB officers examined Agibalov’s phone and at two o’clock in the morning the head of the personnel department of the Kursk police read to the major a notice of dismissal for a misdemeanor defaming the honor of an employee of the internal affairs bodies. As stated in the Ministry of Internal Affairs in the Kursk region, Agibalov was “dismissed on negative grounds for an act defaming an employee of the internal affairs bodies.”

On January 23, in 110 cities of Russia, protests were held in support of opposition politician Alexei Navalny, for freedom, against repression and arbitrariness of the authorities. A total of about 300 thousand Russians took part in them. According to OVD-Info, to date, more than 3,700 people have been detained throughout the country for participating in these actions, 1,455 of them in Moscow.

Companions of Alexei Navalny have already announced that a new all-Russian protest is scheduled for January 31.