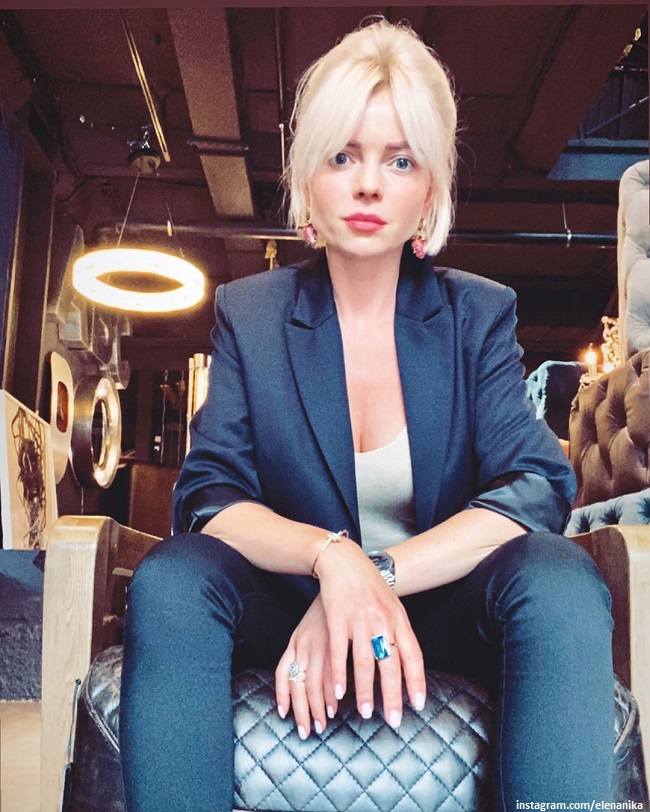 The ex-husband of ballerina Anastasia Volochkova, businessman Igor Vdovin has been dating Elena Nikolaeva, the host of the Russia 1 channel for more than a year. Today, the TV star showed a ring on her ring finger and announced that she was getting married.

The 34-year-old Nikolaeva told about the joyful event in her personal blog Instagram, showing her engagement ring.

"Said yes", Commented on the photo of Nikolaev.

The blonde's subscribers congratulate her on the imminent wedding, while some are already wondering how the scandalous ballerina will react to this news. "Volochkova will be furious, don't go to the fortuneteller! ”,“ Congratulations, we wish you happiness and long life! ”,“ How will you celebrate the celebration? Are you organizing a big party?"- many are interested.

Nikolaeva has not yet revealed the details of the future wedding celebration, and generally prefers not to talk about her personal life. It is only known that she gets along well with Ariadna - Igor's daughter from Anastasia Volochkova.

We will remind, Anastasia and Igor broke up in the middle of zero. At first, the couple maintained a warm relationship for the sake of a common child, but then they had a big quarrel. The ballerina suddenly accused the ex-chosen one of not returning her a large sum of money. For many years Nastya tried to solve the problem without a scandal. But this turned out to be inconclusive, so the ballerina eventually sued the ex-faithful.

"The story goes on for 10 years. But now I will fight for my money. A statement to the law enforcement agencies has already been written. I think that everything in life will come back to this person like a boomerang. Igor supports his women, his children at my expense ... We will sue him, but I don’t want to sue other people", - the 44-year-old dancer complained.

This summer, the media reported that Vdovin repaid part of the debt by registering part of an unfinished residential complex in Astrakhan in her name.