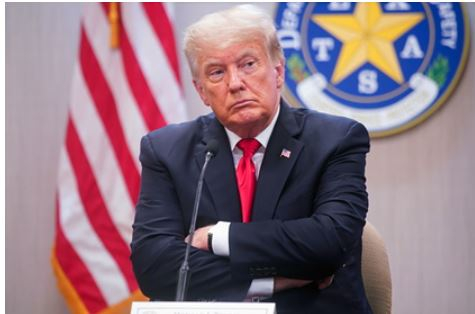 Donald Trump called the investment in cryptocurrency “a potential disaster.” The former US president shared his opinion on virtual money in an interview with Fox Business.

Trump noted that he is “not a fan” of cryptocurrencies and does not himself invest in bitcoins or its analogues. “I like the US currency,” Donald Trump admitted on the Varney & Co. He added that investing in cryptocurrency “harms the American economy” and urged citizens to keep funds in dollars. According to Trump, it is the dollar that should become “the main currency of the world,” and the cryptocurrency “may turn out to be a fake.”

Bitcoin and other cryptocurrencies are not regulated in any way in the US financial system, and this is not the first time a former head of state has spoken out against them. In June, he called bitcoin a “scam” and the euphoria around it – destructive for the dollar.

The administration of the current US President Joe Biden, on the contrary, supports the crypto boom. The head of the Securities and Exchange Commission, Gary Gensler, recognized the need to regulate cryptocurrency trading, otherwise the government risks losing public confidence.

Residents of El Salvador do not approve of bitcoin, where from September the cryptocurrency will become an official means of payment. In late August, protests erupted in the capital of the Latin American country against the virtual currency, which will make commodity prices “unstable” and further unleash corruption.