Traditions of the Slavs

The Slavs are related by origin peoples living in the territory of eastern and southwestern Europe, northern and central Asia. The Slavic group includes: Russians, Ukrainians, Belarusians, Bulgarians, Poles, Czechs, Serbs, Croats, Slovaks, Montenegrins and Macedonians. Despite different dialects and other regional differences, all Slavs are united by common traditions, customs and beliefs. 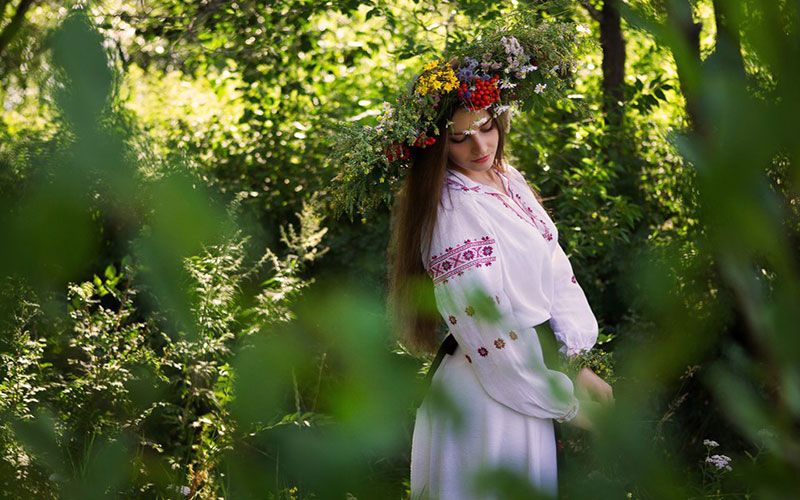 The life of the ancient Slavs was mainly associated with agriculture, the land was cultivated manually with the help of a plow and a hoe. Hunting, animal husbandry and fishing were auxiliary occupations, and the Slavic peoples took part in wars only in order to protect their own territories. In winter, when there was no field work, the ancient Slavs were engaged in the manufacture of clothing, jewelry and various household items. Over time, for some, this became the main occupation, and entire areas began to appear, where representatives of one craft lived.

The ancient Slavs usually built their settlements on the banks of rivers. Water protected from the invasion of enemies and played a huge role in life and everyday life. Regardless of the financial situation, all Slavic families had baths, and baths with the addition of medicinal herbs were considered the best remedy for many diseases. Many traditions and rituals of the ancient Slavs were based on purification with water. 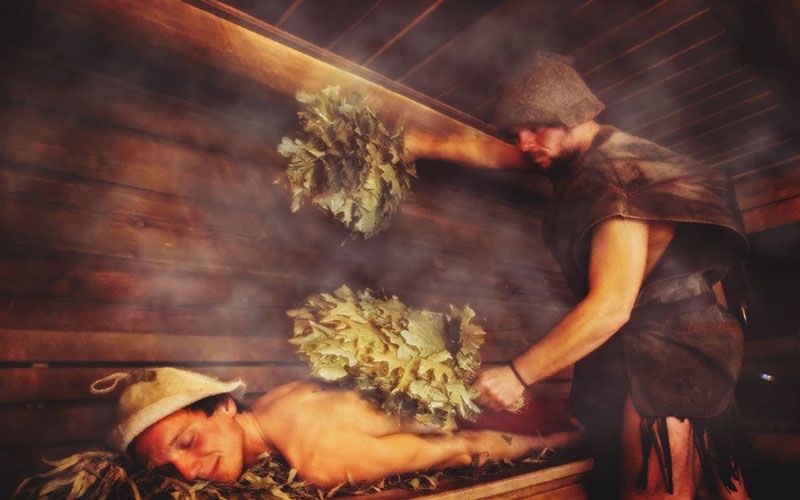 In ancient times, most of the holiday traditions of the Slavs were associated with the seasons and the periods of the beginning or completion of field work.

The first holiday of the year among the Slavs was the Great Winter Christmastide. This is the period of the Winter Solstice, which meant the victory of light over darkness. The celebrations began on December 21st and continued until January 6th. Mistletoe or a sheaf of last year’s grain was placed in houses, bonfires were lit in cemeteries to convey warmth to the dead ancestors. The children went from house to house, called the hosts with songs and glorified Kolyada – the baby sun, carolers were rewarded with money and sweets. At Christmas time, according to certain signs, it was possible to predict what the weather would be like in the coming year. This interesting and beautiful custom has been preserved in our time, it is popular in almost all Slavic countries. 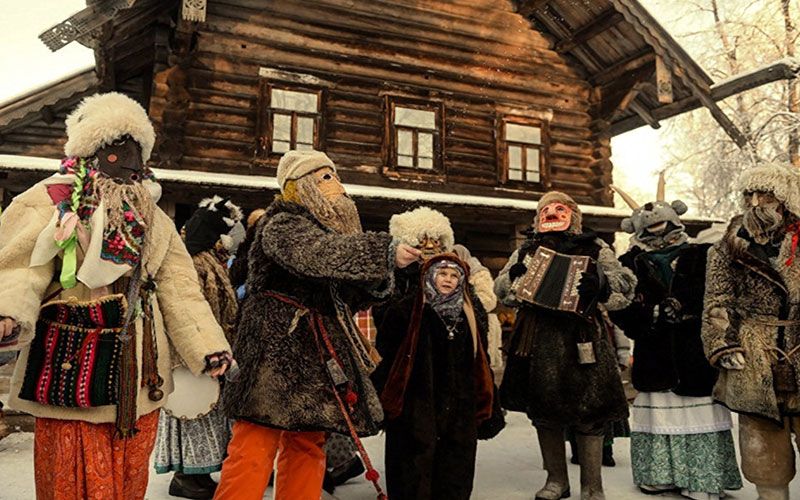 On March 21, the Slavs celebrated the Meeting of Spring, the time of the rebirth of nature. This day is celebrated in different ways in different countries. The Eastern Slavs traditionally made a scarecrow out of straw, dressed him in white rags, and decorated his head with a wreath of hawthorn branches. The scarecrow was carried through the streets to the sound of rattles, and then burned to say goodbye to colds and illnesses.

Ivan Kupala is considered a big summer holiday that has preserved the pagan traditions of the Slavs. On the day of the summer solstice, the longest day of the year, ancient people worshiped the deity Yarila. The rituals of the holiday were very spectacular. In the evening, they bathed in the river waters, kindled fires, near which they danced and sang songs. Young people jumped over the fire – it was believed that this would protect against evil forces and give good luck. According to legend, on the night of Ivan Kupala, a fern bloomed, and wealth awaits the one who finds its flower. 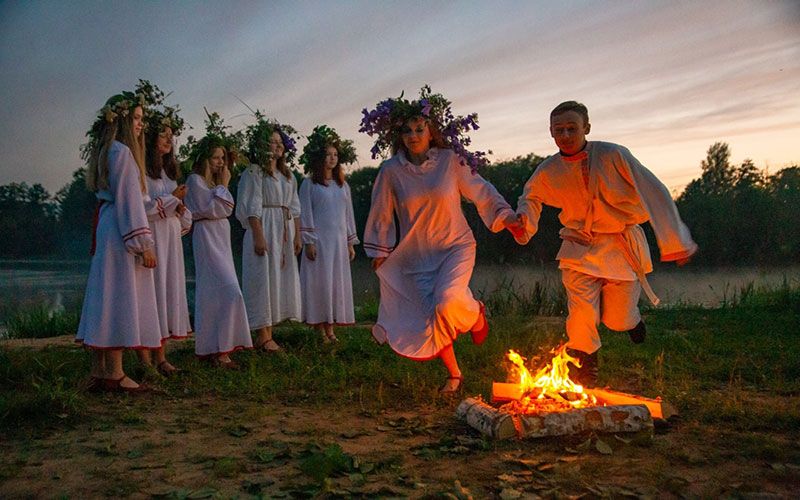 On the first day of autumn, “Obzhinki” was celebrated – Harvest Festival. In the field after the harvest, a few uncut ears were specially left, they were cut off at Obzhinki and taken to the temple. This tradition of the ancient Slavs exists even today, they celebrate Obzhinki on one of the Sundays of September.

The ancient Slavs lived in large families, usually three generations in one house. Many ancient customs and cultural traditions of the Slavic family have been preserved only in the annals, although some are observed in our time.

Girls were married early, from the age of 14, as a rule, according to a preliminary agreement between families. An obligatory ritual action before the wedding was “farewell to girlhood” – unweaving the braid. In the evening on the eve of the wedding, the bridesmaids braided the bride’s braid and decorated it with twigs and flowers, and the headman or best man who arrived in the wedding cortege untwisted the braid and tied the girl’s head with a scarf.

The next day, the wedding ceremony itself was held. According to the folk Slavic tradition, the bride and groom, in order to protect themselves from evil forces, had to go through the gate with an ax lying across them. Young people in the presence of a priest gave a marital oath, then relatives welcomed them with bread and salt, and the wedding feast began. The innocence of the bride in ancient times was not considered a virtue, on the contrary, it was reasonable to marry a woman with a child, as this proved her fertility. 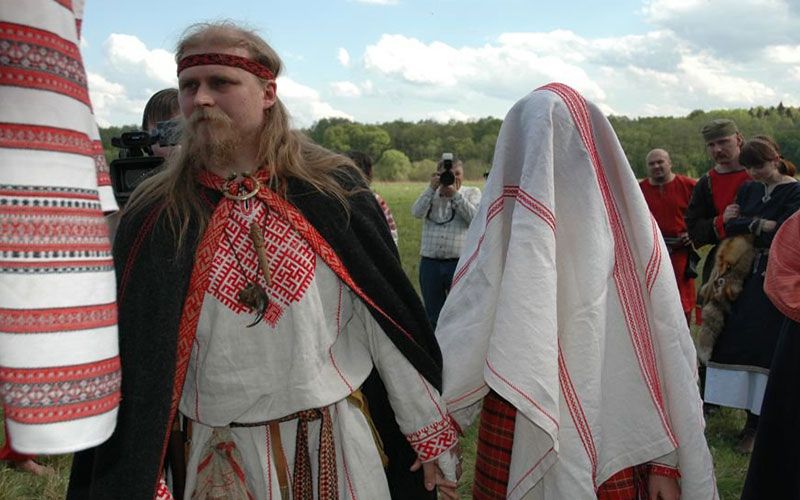 Several interesting ancient Slavic rituals were associated with the birth of children. To protect the newborn from evil demons and spoilage, red ribbons were tied on his cradle, and sharp objects were placed on the threshold of the room. It was believed that on the night after the birth of a child, three deities come to him, who decide his fate. To appease the gods, treats were left for them: bread, cheese and honey.

One of the rites – tonsured – concerned only boys, and was performed when he was 12 years old. At this age, the boy had his hair cut for the first time and was given a “real” name: received at birth, the boy’s name was considered “temporary”, given to protect against evil spirits.

And briefly about the funeral traditions of the ancient Slavs: 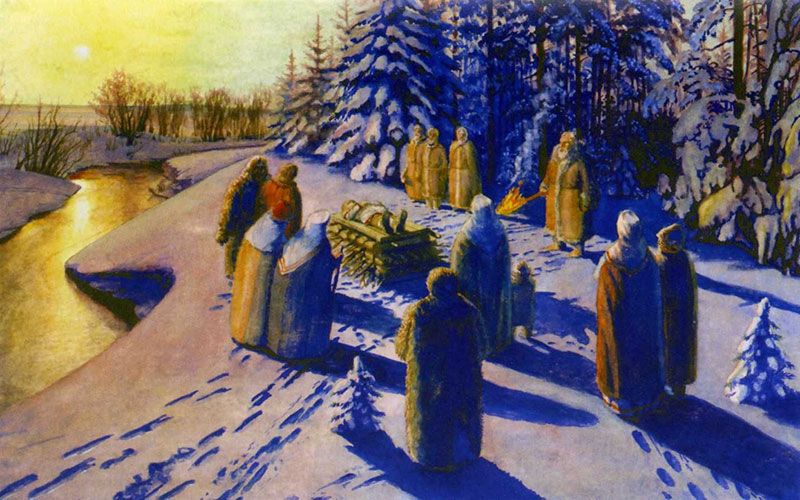 Cuisine of the ancient Slavs

The cuisine of a people is determined by the resources it can have at its disposal. The Slavs, living in fairly large areas of Europe and Asia, grew cereals, vegetables, and fruits. Meat and fish on the menu were far from being present every day, since animal husbandry and cattle breeding among the ancient Slavs began to develop massively only starting from the 10th century, and fishing was not the main occupation.

Here are some old Slavic dishes: 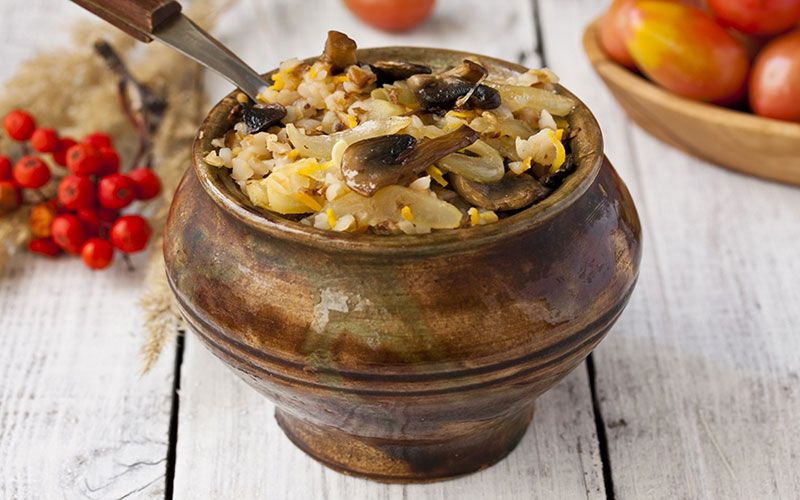 Comments to Traditions of the Slavs