Traditions of the Dormition

The list of the twelfth (twelve) major Orthodox holidays includes the Assumption of the Blessed Virgin Mary, with which many traditions and rituals are associated. It is celebrated every year on the same day – August 28. 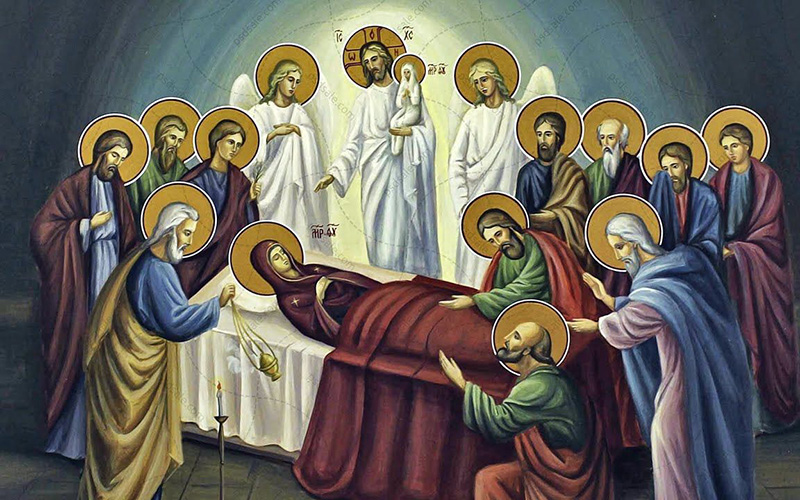 In the common people, this holiday is called the First Most Pure, but the full name is much longer: the Assumption of the Most Holy Theotokos and Ever-Virgin Mary. Dormition is falling asleep with eternal sleep, that is, a quiet and peaceful death. This is considered not as a reason for grief, but as a positive phenomenon, because the Mother of God ascended to heaven on that day and united with God. Thus ended her earthly life and began her eternal spiritual life.

Ever-virgin comes from two words – ever-and-virgin. Always in church language means always, forever. This is due to the fact that Mary remained blameless before the appearance of Jesus and after his birth. According to legend, exactly three days before the Assumption, the archangel Gabriel appeared to Mary, who informed her of the upcoming transition. To confirm the validity of his prediction, the archangel left a branch of a palm tree to the Mother of God.

On the day this event happened, the apostles came to Jerusalem from other countries to bury the body. Jesus descended to earth, took the body of his mother and, accompanied by archangels, took it to heaven. 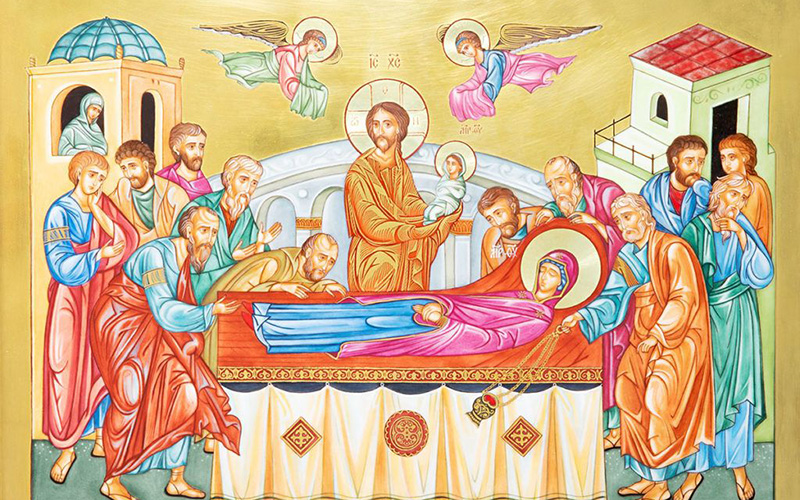 Of the twelfth feasts, the Dormition is the last, which, according to the new style, falls on August 28th. It is not recorded in the Bible, therefore it does not apply to the biblical. From the first days of autumn, a new church year begins. The previous one ends with fasting, although not as strict as the Great one, but also requiring certain dietary restrictions.

After this fast, which lasts two weeks, believers are cleansed in body and soul. They mentally prepare for confession and communion. On the same day, according to tradition, the harvest was over for the peasants, the main and most difficult field work ended. The consecration of the collected bread and harvest took place, and candles were set up in churches for the health of loved ones and relatives. Dormition has long been a bread festival, because this year’s bread was baked on it from the illuminated harvest. On the eve, they prepared jam from ripe berries, made pickles for the winter and autumn. At the end of the fast, all these dishes were on the table.

Eve of the Dormition

Believers from generation to generation pass on the customs and rituals associated with August 28, and they begin on the eve of the holiday. In the evening in the churches for the parishioners they take out the Shroud (a large canvas), which depicts the Virgin Mary. There is a service in honor of the Mother of God with special solemn songs. They glorify the Ever-Virgin, remind believers of spiritual beauty, the need to find Christ during his lifetime in order to later go to heaven in heaven. 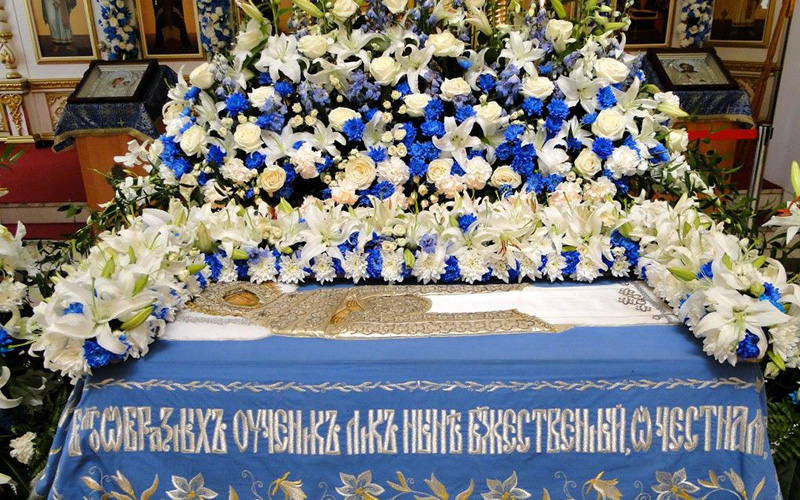 Since this holiday is considered special for all Orthodox believers of the world, folk signs and traditions have become stronger, which are followed on the Dormition of the Blessed Virgin Mary. People on this day go to the service in the temples, which begins even late at night. The hymns go on for several hours, and true Christians try to endure the whole service from beginning to end, even though it is not easy. Before going to church, you need to put on clean clothes, and if possible, new clothes.

On August 28, according to tradition and religious canons, the clergy put on the upper ceremonial part of the clothes for divine services of blue color. This color is obligatory for all Mother of God holidays. The upper ceremonial clothes include epitrachelion, handrails, belt, gaiter and felon-riza. It should be noted that the color of the vestments is not a dogma, but simply a tradition that has been adhered to for centuries. If the priest does not put on an outfit of this color on the First Pure One, this is not a violation.

Believers do not go to church empty-handed. According to tradition, you need to take the spikelets of this year to consecrate them. Now in cities it is not always possible to find spikelets, therefore it is allowed to bring grains of wheat from the store, it is also possible to replace cereals with ready-made bread. You can bring other gifts of nature: vegetables and fruits collected from your site or purchased at the market.

Since throughout her life the Mother of God was the intercessor of those who need help, her protection after ascension to heaven only intensified. It is believed that it is in the Dormition that the most useful thing is to turn to her, so they put candles in candlesticks and pray. According to tradition, on this day, you can ask for health for everyone, but most of all for children. Parents of the sick and sick turn to the Mother of God with a request to grant their children health and well-being.

Since on the eve of the holiday the second strictest post after the Great Lent ends, the holiday is celebrated with a feast. They treat family and guests with many dishes, but the main place on the table is occupied by consecrated bread made from freshly ground flour, consecrated fruits and vegetables. 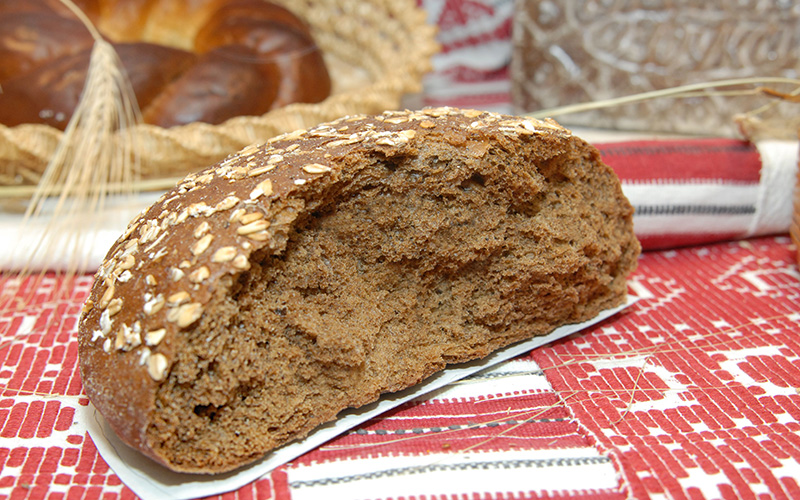 On Assumption, they also traditionally make preparations for the winter in the form of salted cabbage, cucumbers, tomatoes, peppers, etc. The youth could go to the forest that day for mushrooms or nuts.

What are they praying for

Traditional prayers on August 28 are the Prayer for Protection and the Prayer for Help to the Virgin Mary. Since the Mother of God is the patroness of women, August 28 is a special day for all women. You need to pray especially hard with such requests:

On the Assumption, you need to go to the icon of the Blessed Mary and carefully look at it. It is believed that this bestows humility, meekness and chastity. 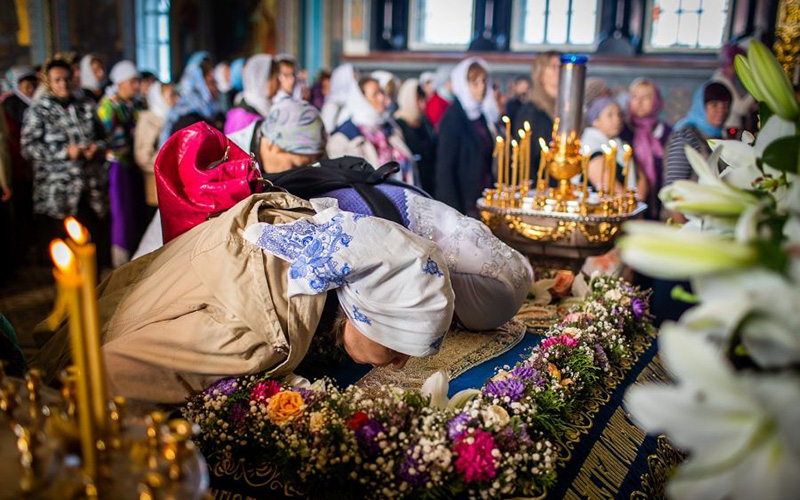 Another tradition requires girls of marriageable age not to talk on this day. In order to successfully marry in the coming year, the girl needs to wash herself with cold water in the morning and repeat three times in her mind: “Blessed Mary, you crowned everyone, unite families, help me find a groom. In the name of the Father, Son and Holy Spirit. Amen”. If this short prayer is said with sincere faith, then the Ever-Virgin will help the unmarried woman to find family happiness in the near future.

In addition to the traditions, there are a number of prohibitions on the Assumption, as well as on most Orthodox holidays. The most strict ban on quarrels and swearing. To quarrel with someone on this great day is a sin. Also, you cannot refuse if you ask for help, you need to do everything possible to help the needy. For this reason, they tried to give alms to the poor and those who ask at the gates of the church. It was a sin to work, especially sewing, cutting cattle and building.

It was believed that on August 28 one should not walk barefoot, especially when dew appeared on the grass. Previously, in the villages in the summer, they walked barefoot almost all the time, so the need to put on shoes only emphasized the high status of the Assumption. Those who violate this prohibition bring bad luck and illness upon themselves. And one more point related to shoes: you can’t wear old or uncomfortable shoes for this holiday.

Signs on the Dormition are connected with the weather, because it was on August 28 that people noted the exact relationship with what autumn and spring are coming next. The main signs are: 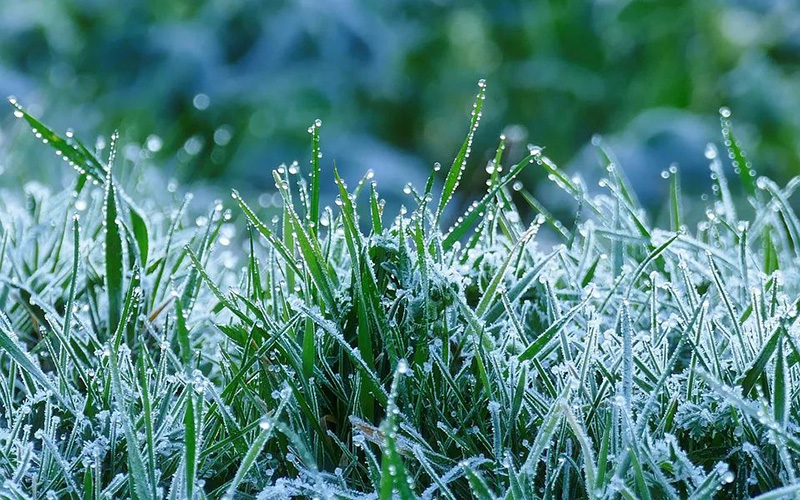 People say that earlier all these signs accurately determined the weather for autumn and winter, but in the last decade the climate has changed, so the result may not be so accurate.

In the most significant places for all Christians there are special services related to the burial of the Virgin Mary. This takes place with special celebrations in places such as Jerusalem, Gethsemane and directly the tomb of the Ever-Virgin. This service has been held since the 15th century. This happens on the third day after the Dormition. In the 16th century in Russia, such a service was ruled in almost every church, but with the advent of Soviet power, this tradition became a thing of the past, preserved only in a few churches. And only in the 90s the custom returned, now such a service is conducted in parish churches and monasteries.

First, an all-night vigil is held, and then the clergy go to the center of the temple, where there is a canvas depicting the Ever-Virgin Mary, they smoke incense with a censer. In conclusion, the canvas is carried around the temple. After this, the anointing of the parishioners with oil, the reading of prayer petitions and the blessing of those praying begins.