Traditions of the Cossacks

Cossacks in the old days were called nomads who left their homeland and were forced to look for new habitats and means of maintenance. This category included groups of Slavs, Tatars, Caucasian, Mongolian, Finno-Ugric and Turkic peoples. Cossacks live mainly in Russia and Ukraine, there are also diasporas abroad. All of them carefully treat their history, preserving their language and culture, so today’s traditions of the Cossacks combine the national customs of different ethnic groups. 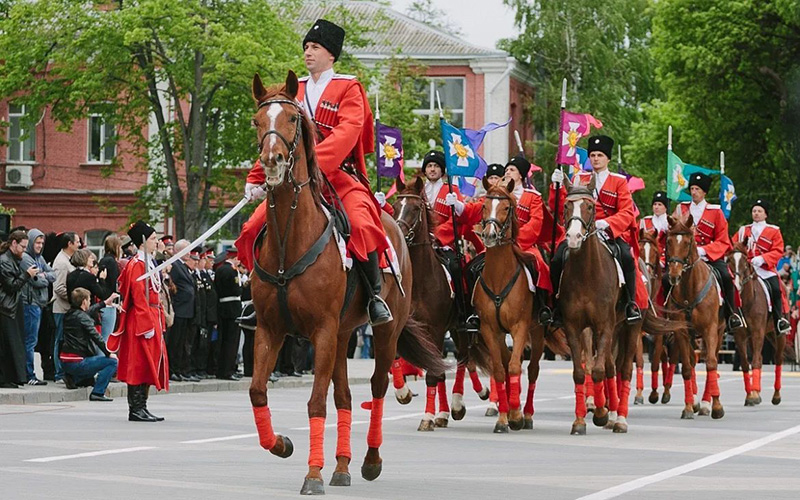 Most of the main traditions of the Cossacks are connected with religion. From the first to the last day, the life of a Cossack was accompanied by religious rites. The largest of those with common linguistic and religious roots are the Russian Don and Ukrainian Zaporozhye Cossacks, almost all of them are Orthodox Christians. Less numerous ethnic groups profess Catholicism, Islam, Buddhism. Such a multifactorial nature formed in the Cossack environment an exceptional mutual tolerance of religious traditions.

The Cossacks adhered to all biblical holidays, it was forbidden to work on holidays. The vital necessity of every Cossack family was the observance of the commandments of the Lord. Each house had icons placed in the “red corner”. At the entrance to the house, they were baptized on the image, in the morning and before going to bed they made a prayer in front of them, asking the Almighty for forgiveness for voluntary and involuntary sins and help in all righteous deeds. With a prayer, the Cossacks began and finished any business, even a meal. 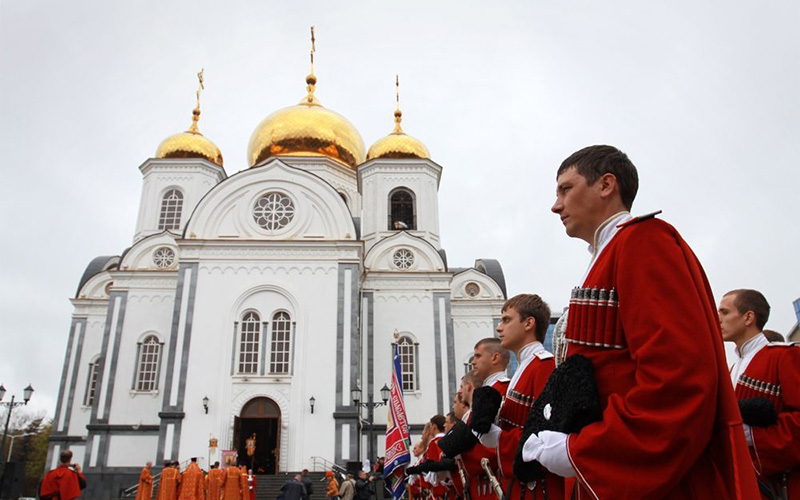 The cornerstone in the social life of the Cossacks was and remains respect for parents. Important decisions are not made without their blessing, their opinion is always considered. This wonderful custom has been preserved in the patriarchal Cossack families today.

Hospitality has been the hallmark of the Cossacks since ancient times. The guest is considered a messenger of God, he is always received with joy, they try to treat him properly and take the best place in the house for relaxation. The Cossack people are extremely honest and decent: neither the owner of the house nor his guests are afraid that they will be offended or robbed, and when leaving the house, the door can be safely left unlocked. 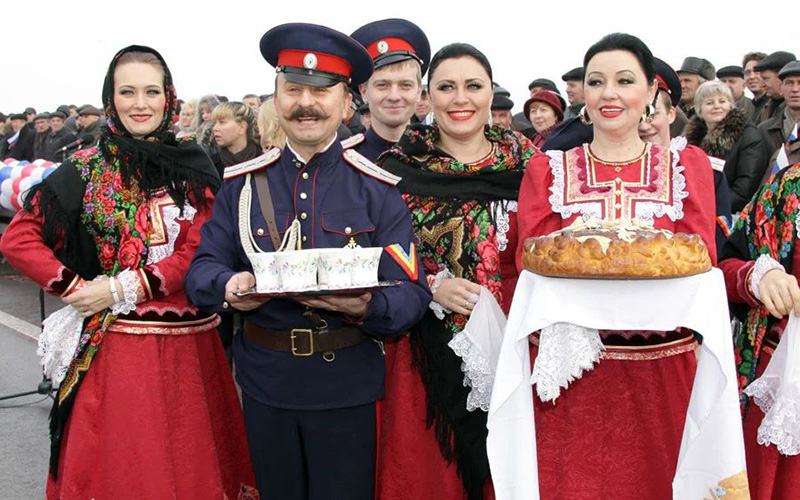 Of the family traditions of the Cossacks, the most important are weddings and christenings. The ritual registration of the marriage union is a significant milestone in the life of the family. The marriage rituals of different Cossacks differed, but in one way or another they reflected the historical realities of the free steppe life. Young families were created according to the choice of parents or with the help of professional intermediaries, the wedding was preceded by the bride and betrothal. Weddings were usually held in autumn and winter, when the field work was completed. Divorces and betrayals among the Cossacks were strictly condemned.

The Cossacks attached great importance to the sacrament of baptism: it was believed that only after this ceremony was performed, the child receives a soul from the Lord. The godmother and father were the parents’ godparents, and equally with them they were responsible for the fate of the godson. The birth of a child in a Cossack family was a great joy, a manifestation of the “Blessing of the Lord.” In turn, grown children, according to religious canons, were required to support their elderly parents.

Folk crafts are an important part of traditional culture. The Cossacks have always been famous for their craftsmen who could shoe a horse, fix a chaise, make or repair weapons. Wood carvers, jewelers, embroiderers and lace makers created unique works of arts and crafts. In a Cossack family, girls from childhood were taught to weave, spin, and until adulthood they had time to prepare the necessary dowry for themselves. 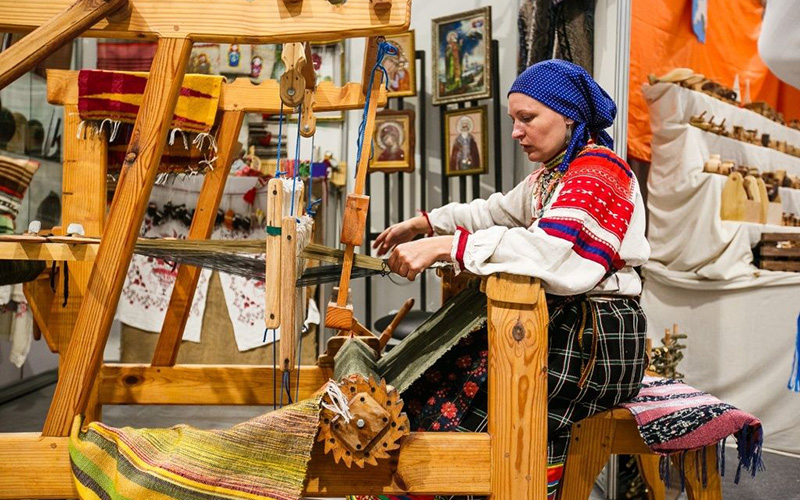 The Cossacks loved to surround themselves with beautiful things: they decorated their homes with elegant towels, cooked food and served it in painted ceramic dishes. Stools, whatnots, baskets, baskets, bread bins were made from reeds, vines, and reeds. Each of the regions was distinguished by its craft: there were villages of chebotari, coopers, tanners, chariot workers, blacksmiths, gunsmiths.

Unlike religious traditions, where different religions coexist on equal terms, Slavic dishes predominate in Cossack cuisine (except that Muslims do not use pig meat and fat, and Jews do not eat wild birds and fish without scales).

For the first, the Cossacks prepare:

The second courses of the Cossacks are very satisfying, most often meat or fish. Don and Kuban Cossacks traditionally fry or bake bream, catfish or carp, cook jelly, cutlets, stuff pies from them. Cutlets, roasts, goulash, chops, aspic are made from meat. For the future, they prepare brawns, saltisons, boiled pork, smoked hams, homemade sausages. Representatives of the Caucasian peoples in the Cossack environment prefer rice and lamb pilaf, kebabs, moussaka (casserole of meat and vegetables), stifado (meat stew with tomatoes). The favorite dishes of the Cossacks of Jewish origin are pastrami (beef baked with spices) and khamin (national dish, a stew of beans or beans and meat).

Products made from unleavened and yeast dough are very popular among the Cossacks: pancakes, pancakes, pies, pies, dumplings. They are stuffed with minced meat or fish, cottage cheese, potatoes, mushrooms, berries. Almost all Cossack wives know the secrets of baking homemade bread, rolls and delicious cookies.