Traditions of the Balkar people

The Balkars are one of the ancient Turkic peoples, a representative of the Balkan-Caucasian Caucasian race. The native language is Karachay-Balkarian. Their historical homeland is the lands of the Central Caucasus, a region that today, under the name of Kabardino-Balkaria, is part of the North Caucasian District of the Russian Federation. The cultural and historical traditions of the Balkar people were formed as a result of the mixing of the ancient tribes of the Koban culture (Bulgars, Alans, Kipchaks) with the peoples of the Central Caucasus (Georgians, Kabardians, Karachays, Ossetians). 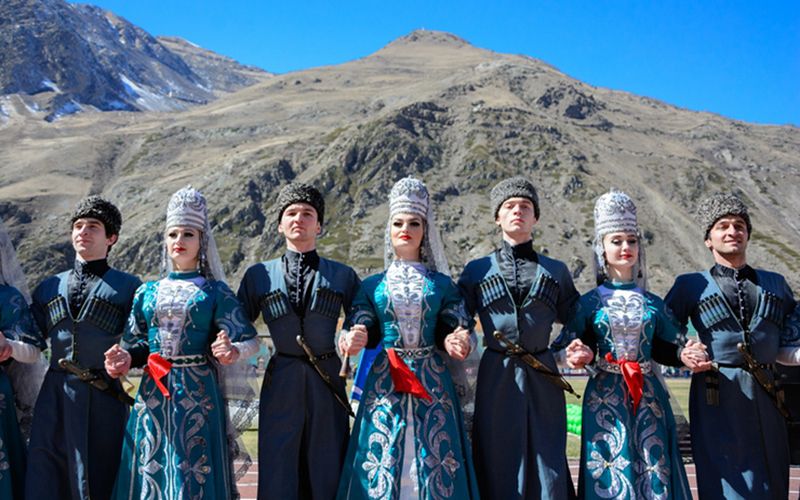 Appearance, national clothes and dwelling of the Balkars

According to the latest data from Rosstat, the population of Kabardino-Balkaria is 904,200 people. Balkars also live in the Russian Stavropol region and Karachay-Cherkessia, and abroad – in Kazakhstan, Kyrgyzstan, Uzbekistan, Turkey and the USA.

Outwardly, the Balkars are similar to their neighbors in the region – Chechens, Nogais, Ingush. They are tall, with a strong build and somewhat angular features, and their hair is most often dark. 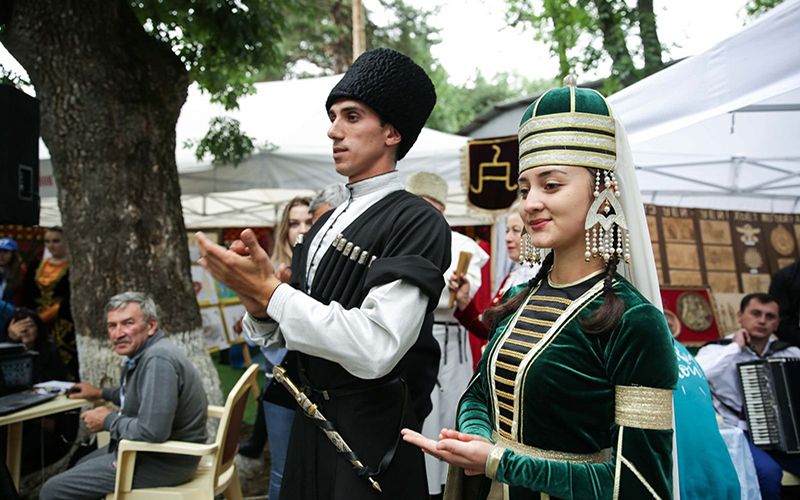 The national men’s costume of the Balkars consists of a long-sleeved shirt (beshmet) and tight pants. A cherkeska was worn over the beshmet – a double-breasted open caftan sewn from homespun cloth with a stand-up collar. A cloak made of felt served as winter clothing. The national men’s headdress, like that of all the peoples of the Caucasus, is a hat made of sheepskin or astrakhan fur.

The women’s clothes of the Balkar women emphasized their small breasts and thin waist: a corset made of thin leather (morocco) was put on the girl’s naked body, and on top – a dress with wide sleeves, similar in cut to a man’s caftan. Balkar women wore high hats on their heads, tied under the chin with a wide braid. 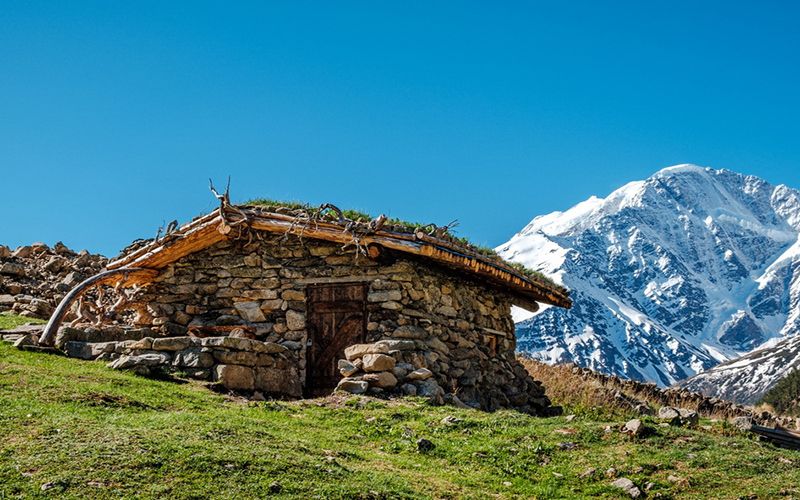 The dwellings of the ancient Balkars – auls – were usually located in places difficult for the enemy to reach: on the slopes of mountains and near rivers. Houses stood at different levels, on terraces, streets as such were often absent. The house of the Balkar was a low building made of stone, with a flat roof, an earthen floor and an open hearth.

Most Balkars preach Islam and consider themselves Sunnis. In the past, most of the Balkar holidays and rituals were dedicated to agrarian deities, and many interesting traditions of the Balkars were timed to coincide with the change of seasons. 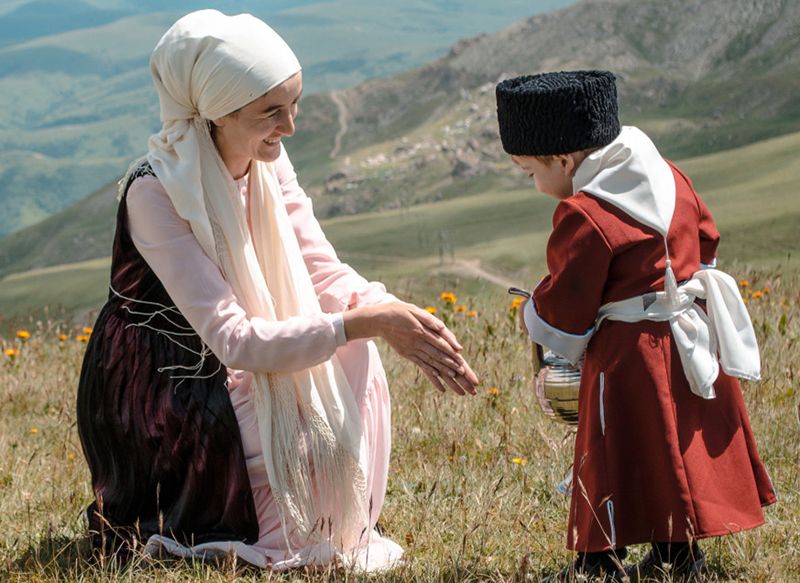 So, in the spring, the Balkars held a holiday of the first furrow, turning to the deity in the form of the golden-fleeced ram Hardar with a request for a good harvest. Another agricultural rite, “Gutan”, was performed by sacrificing a bull to the gods. The God of the Harvest Gollu was revered among the inhabitants of Balkaria, Digoria and Karachay and Digoria, in his honor during the spring equinox mass festivals with round dances and dances were organized.

The official holidays that are celebrated today in Kabardino-Balkaria include: 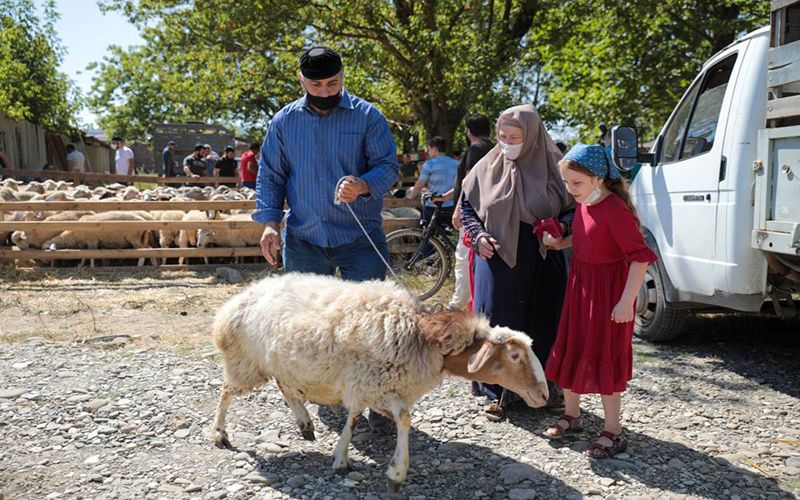 At the regional level, memorable children are also celebrated:

All aspects of social and family life of the Balkars reflect adats – unwritten laws. One of the main national features of the highlanders has long been hospitality. The Balkans did not live well, but they tried to feed the guest with the best food, and to take the best place in the house for the night. 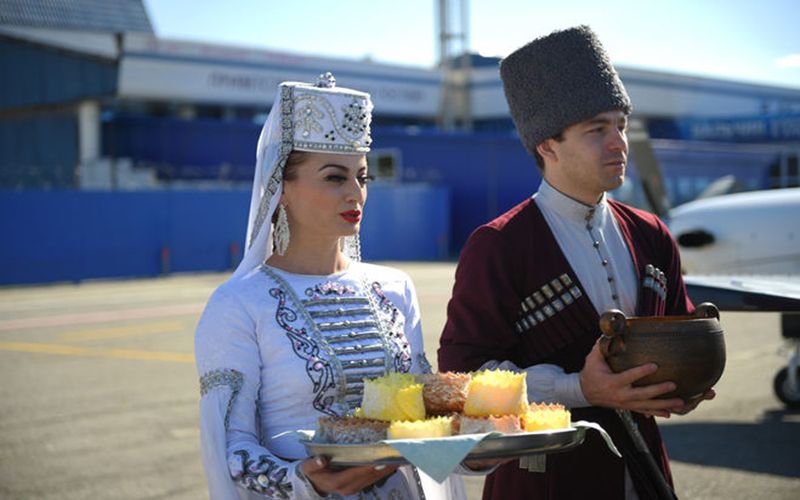 Like most peoples of the Caucasus, among the Balkars, when solving especially important matters, the decisive opinion belongs to men. A woman in the family should take care of the household and children. The customs and traditions of the Balkar people, according to which women do not eat with men at the same table, and men should not enter the room where women live, are no longer observed.

Previously, marriages among the Balkars were concluded by agreement between the parents of a boy and a girl, and elderly people respected in society were usually matchmakers. Currently, the initiative comes from the groom, and the bride must give her consent. An ancient custom – payment of kalym (bride price) – is still observed today. 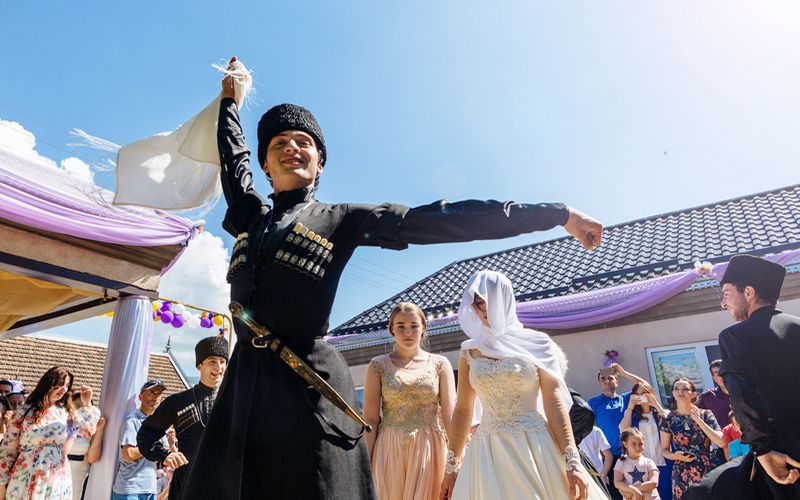 Funeral and memorial Balkar traditions and customs are held according to Muslim canons. The deceased is buried on the day of death, the clergy prepare the body for burial, the rite of absolution – deur – is performed by the mullah. Only men are present at the burial. Three days after the funeral, food cannot be cooked in the house of the deceased. The deceased is commemorated on the 3rd, 52nd day and on the anniversary of death.

Some unique national traditions of the Balkars are of interest: 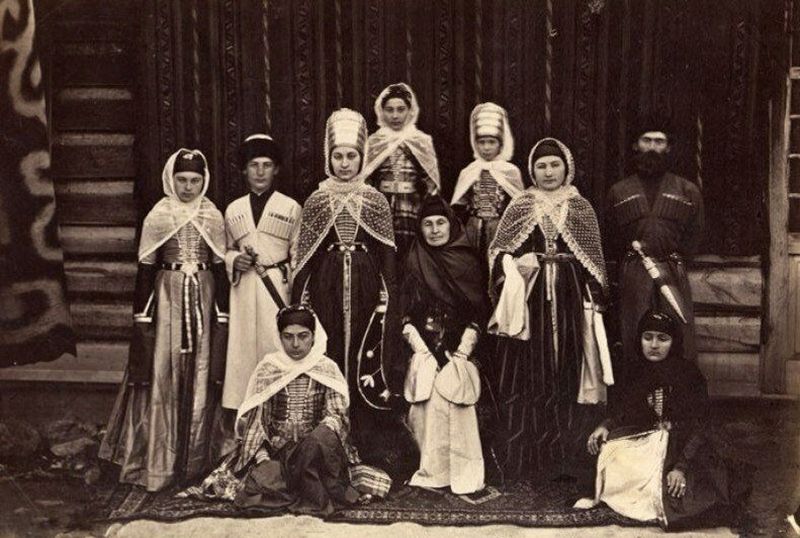 The culinary traditions and customs of the Balkars are distinguished by a special ritual of cooking and serving food, and the dishes are distinguished by an abundance of spicy seasonings. The main place in the menu here is occupied by fried, stewed and boiled meat dishes, as well as dishes from flour and cereals. There are few soups and vegetable side dishes in the national cuisine of the Balkars. 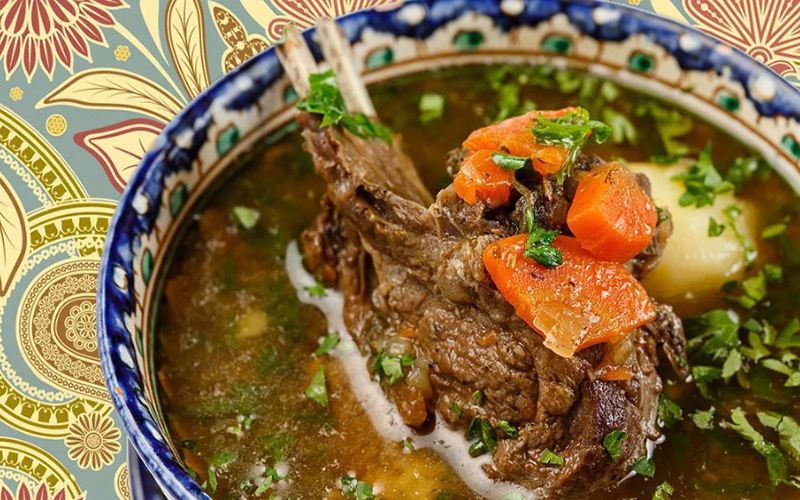 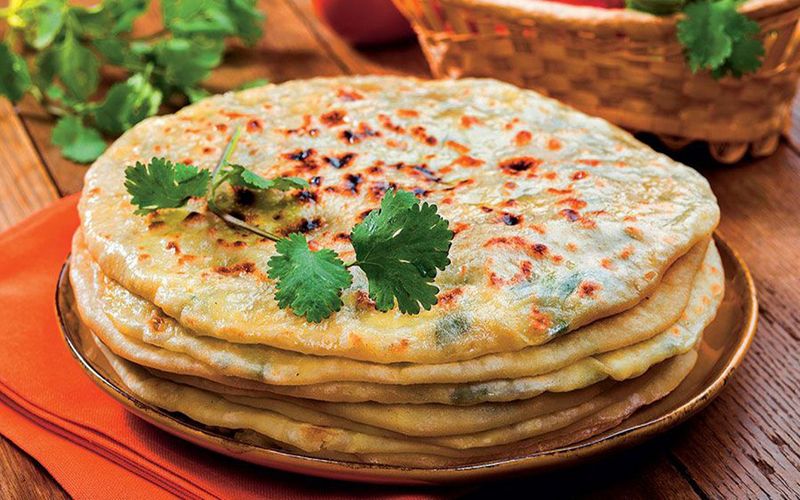 Of the sweets among the Balkars, zakeris (an analogue of deep-fried European biscuits “boughwood”) and Kabardian halva, which is made from wheat flour, sugar and butter, are popular.