India is a country in South Asia with a population of about 1.4 billion people. Indian culture is considered one of the oldest in the world, and given that the country throughout its history was the center of major trade routes and served as the object of numerous invasions, the traditions and customs of India are diverse and truly unique. 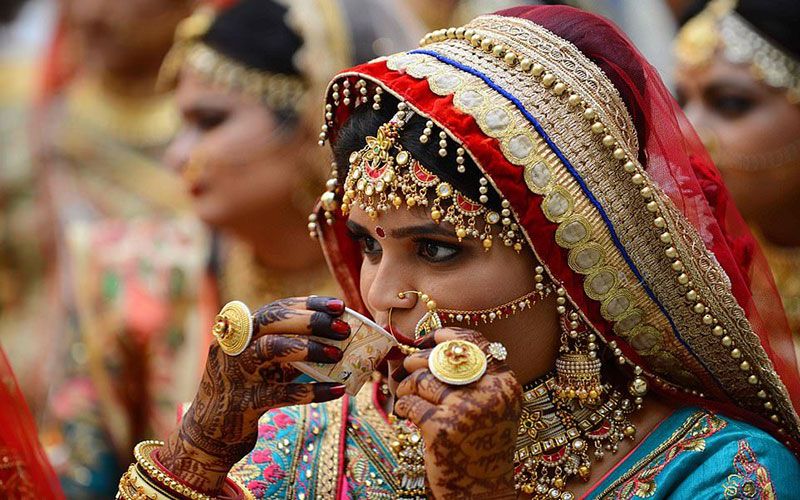 Indian national clothes are very beautiful, and even everyday outfits look bright and exotic. Women wear a sari – a rectangular cloth from 4 to 10 meters long, which is wrapped around the hips, and the free end is thrown over the shoulder. For men, an unsewn piece of cloth tied around the waist and legs is called a dhoti. Men also wear long, knee-length, loose shirts, jackets (shervani) and short coats.

Briefly about the cultural traditions of India: 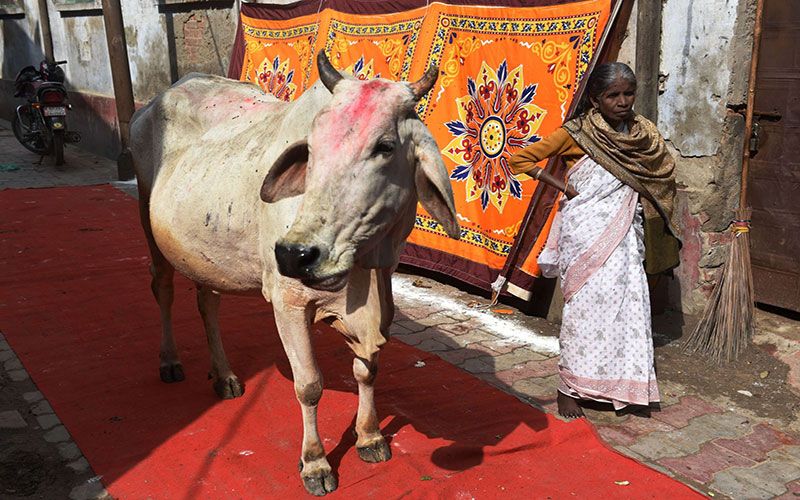 One of the ancient Indian traditions associated with religion is the worship of the cow. In Hinduism, this animal is considered sacred, its meat is not eaten even during a period of famine. Only in India can you see a cow slowly walking down the street, which clearly interferes with the movement of vehicles and freely eats greens from stalls on the go.

Old traditions, when Indian families consisted of three or four generations of relatives, are observed mainly in villages. Today in India, especially in big cities, there are many families of 3-5 members. Nevertheless, in both large and small families, a patriarchal way of life reigns: the head of the family clan is the eldest of the men. Events in the life of an Indian family are associated with many national customs and religious rituals described in shastras – sacred commandments.

Marriages in India are often arranged by prior arrangement of parents, and are concluded once: Hinduism implies fidelity of spouses to each other in this and seven subsequent lives. To confirm the correctness of the choice of a future wife or husband, a special horoscope is drawn up for their physiological and psychological compatibility. The main requirement for the bride is her chastity. 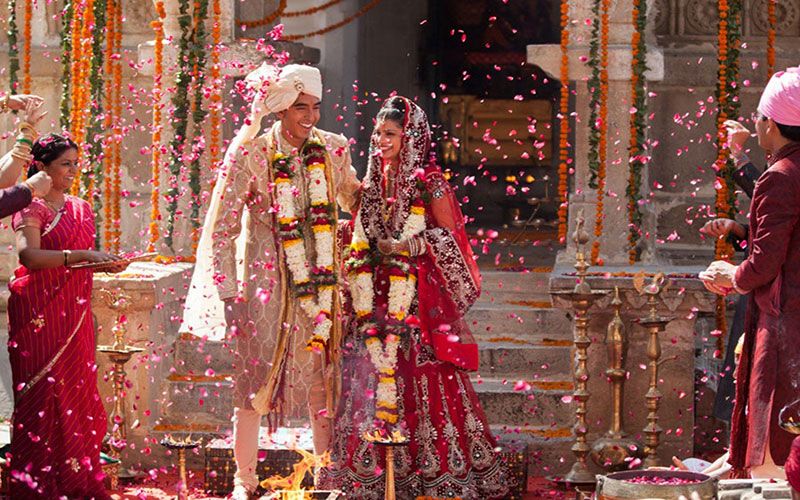 The betrothal ceremony is performed by a tribal priest (Brahmin). Before the wedding day, a cheerful bachelorette party is held in the bride’s house, women of both genders take part in it. One of the interesting and unusual traditions of India is the Khaldi ritual, which is performed on the eve of the wedding and consists in applying turmeric paste to the body of the bride and groom.

In ancient India, the groom came to his betrothed on an elephant adorned with carpets and jewels; today the elephant has been replaced by a motorcade. The newlyweds meet in a luxuriously decorated wedding tent (pandala), the bride is dressed in a red or gold sari, the groom is in a white suit.

The marriage ceremony (vivaha-yajna) begins with the kanya-dana ceremony. The father of the bride joins the hands of the newlyweds and covers them with his hand, and the father of the groom places his hand from below, the joined hands are sprinkled with holy water. Then the priest asks the bride and groom the common questions during marriage: are they ready to remain faithful, love and respect for each other all their lives. After that, the newlyweds exchange rings and wear garlands of fresh flowers around their necks.

Traditions associated with the birth and upbringing of children

The name of the Indian child is given on the twelfth day after birth. There is a special ceremony for this – Namakarana. The choice of a name is considered important, it is discussed in the family circle and with priests, since, according to the canons of Hinduism, a person’s name affects his fate. 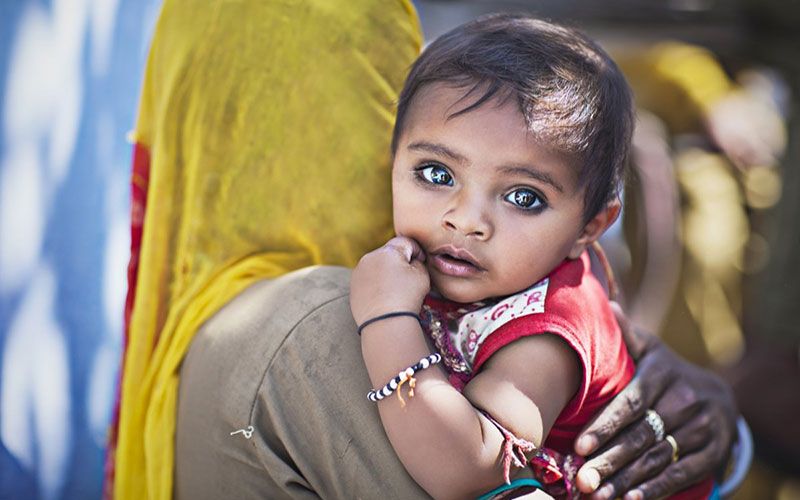 One of the ancient traditional rites of the Indians is the identification of a child’s inclination to a certain type of activity. Several items are placed in front of a 3-5-year-old child: money, a book, tools and weapons. According to the chosen subject, they judge in which direction the child should be developed.

The education of Indian children begins at the age of 3-4, the first educational institution is a symbiosis of a kindergarten and a school. At a younger age, the duration of the lesson is 35 minutes. In general education schools, children study for free and graduate at the age of 14.

Death in Hinduism is seen as the transition of the soul to another form of existence. In this regard, of all types of burial in India, preference is given to cremation. It is believed that putting the body on fire will free the spirit of the deceased from a long wandering between the worlds of the living and the gods. 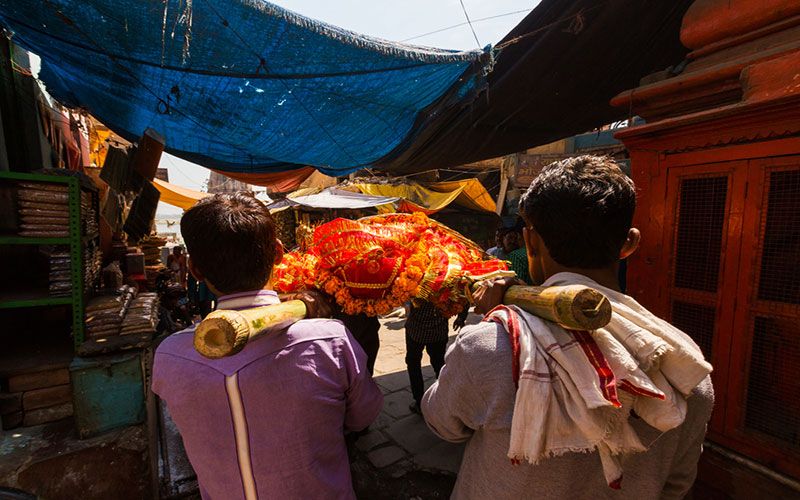 The funeral ritual is called antesti kriya. The deceased is washed, dressed in new clothes, decorated with flowers and jewelry. Then his body is burned on a funeral pyre, and the ashes are scattered over the Ganges.

About 80% of the population of India preach Hinduism, 14% Islam, a small number – Christianity and Sikhism, no more than 0.1% of the population consider themselves atheists. Therefore, religious holidays and traditions of the peoples of India depend on beliefs. 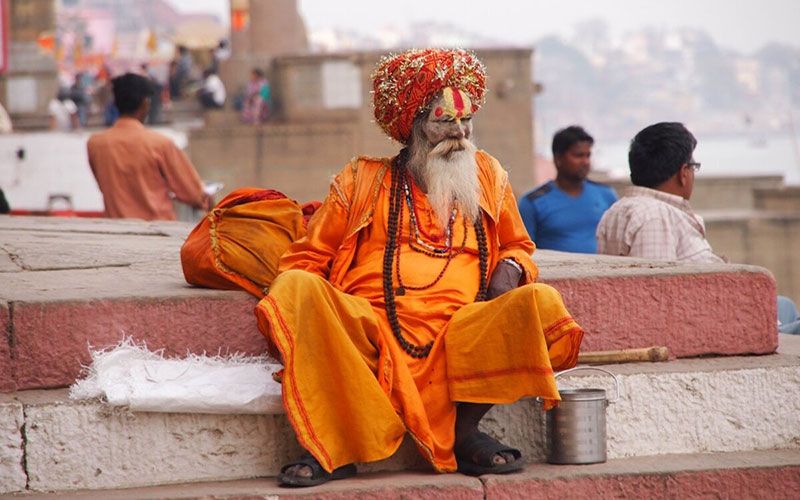 Public holidays are considered common for the whole country:

National holidays in India also include: 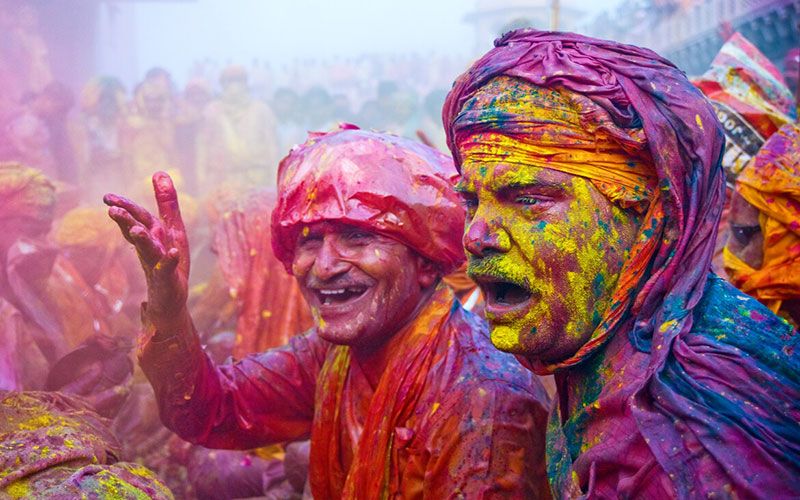 Indian cuisine is one of the most colorful in the world. It is characterized by the use of a large number of spices: hot pepper, cardamom, ginger, turmeric, cinnamon, coriander, mint, cilantro. The national dishes of India are considered to be: 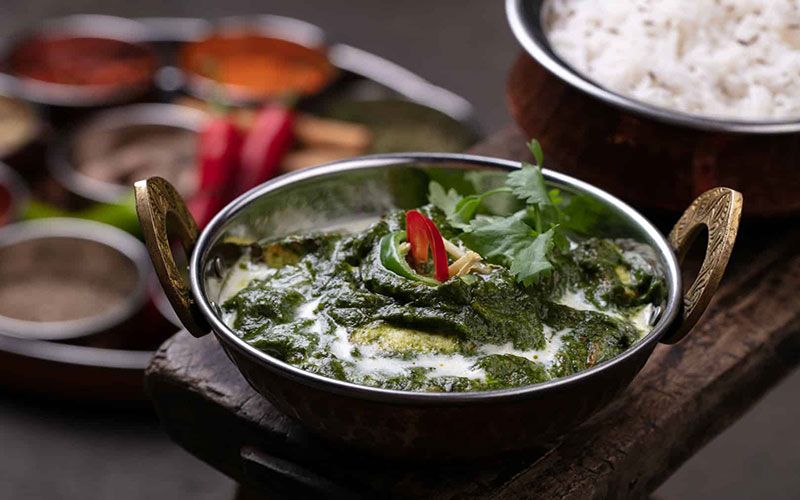