The state of Byzantium existed for a little over a millennium. In 330, on the site of the small Greek village of Byzantium, the new capital of the Roman Empire, Constantinople, was erected. After the collapse of the empire, its eastern part was called Byzantium, and the inhabitants of the country themselves called themselves Romans. The cultural traditions of Byzantium were formed diversified. Having preserved the laws, religious-philosophical and social institutions of Roman civilization, Byzantium adopted many traditions inherent in the peoples who inhabited its territories. 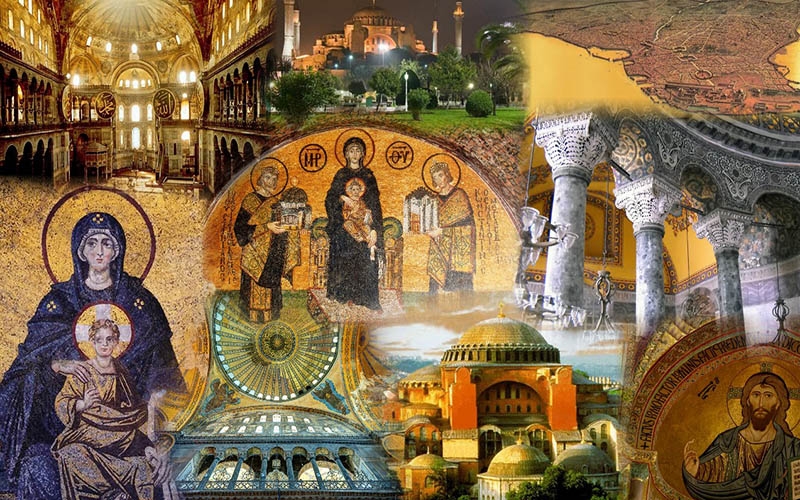 The national composition of Byzantium during its formation was extensive, and in addition to the Greeks, included Jews, Armenians, Syrians, southern Slavs, etc. Therefore, Eastern traditions in Byzantium organically coexisted with Roman-Greek traditions, as a result of such a symbiosis, a unique, most developed culture in Europe of the Middle Ages was created.

Named after the emperor, Constantinople, not without success, competed with Rome, becoming one of the most beautiful cities in the world. Along with the capital, large cities with a population of several hundred thousand people were built in Byzantium: Alexandria, Thessaloniki, Antioch, Caesarea, Ravenna, Nicaea, Edessa and others. They were distinguished by their magnificent design of buildings and demonstrative pomposity: huge squares with columns and statues, antique thermal baths, strong and durable ground and underground aqueducts.

The peculiarity of Byzantine urban architecture consisted in the combination of seemingly incompatible principles. The bright, deliberate luxury of traditional Eastern culture, preserved in Byzantium, surprisingly harmonized with the sublime spirituality inherent in ancient Greek temples and palaces. 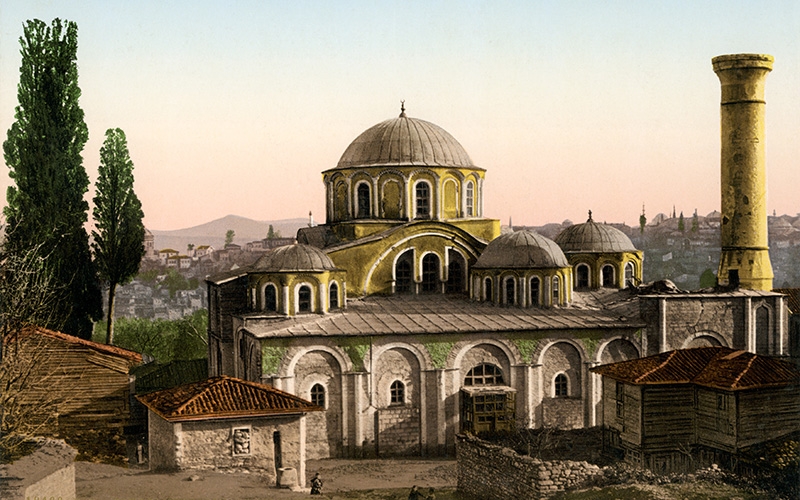 In ancient religious traditions, the temple was considered the abode of God, only clergymen were allowed to enter it, and all religious events were held outside, on special ceremonial sites. Therefore, during the construction of the ancient temple, the main attention was paid to the appearance of the facade. For Christians, the temple serves as a place where masses are held and prayers are offered, and with a relatively modest exterior decoration, the interior was striking in splendor and wealth.

Thanks to the synthesis of ancient and later borrowed oriental influences, a special, Byzantine style of architecture and icon painting has developed. 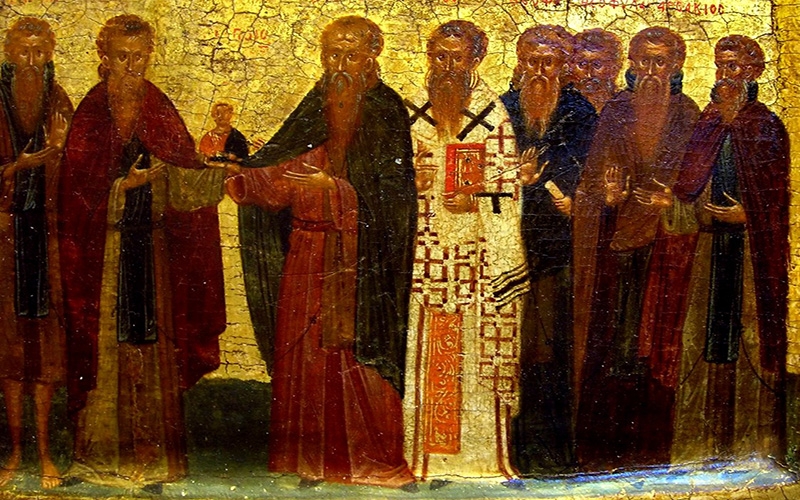 It is characterized by: 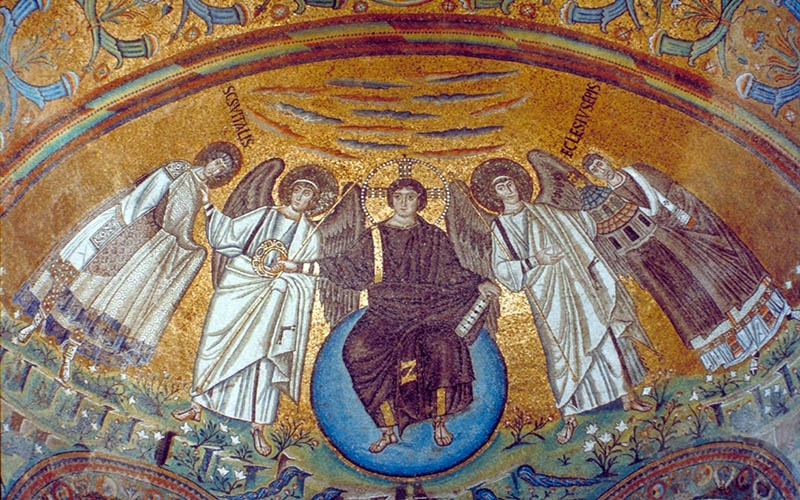 The influence of Byzantium on world culture

Byzantium made the main contribution to world culture, first of all, by the formation of Christianity, its orthodox (Orthodox) form. The Byzantines were among the first to adopt Christianity. The Orthodox faith was brought to Russia precisely from Byzantium, and the Russian Church became part of the Patriarchate of Constantinople. Byzantium was the center of numerous pagan and Christian traditions and ceremonies; all the main religious shrines were located in Constantinople: the crown of thorns of Christ, the Life-Giving Cross and other relics.

Many religious German, Italian and Russian traditions were borrowed from Byzantium. Thus, icon veneration in the Orthodox Church has Byzantine roots. Icon painters created a visible image of God, the entire Orthodox world accepted this method of incarnation of the Almighty, and icon painting gradually spread to all countries. Today, the icon serves as the essence of Orthodoxy; without it, this Christian doctrine is unthinkable. 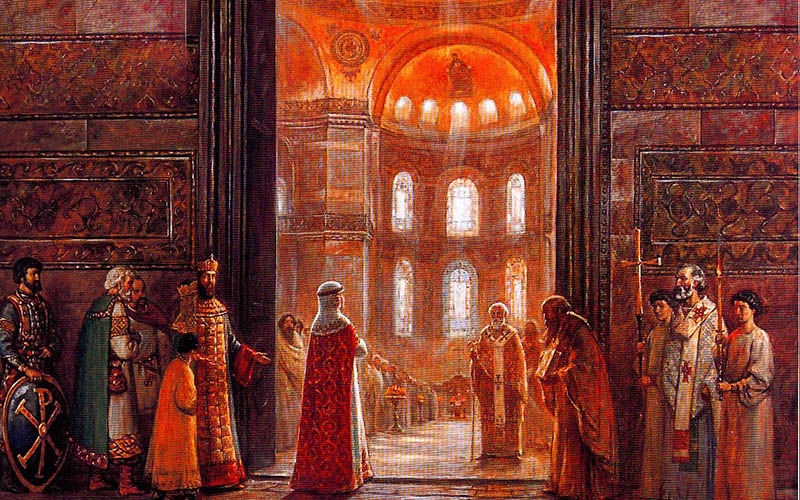 From Byzantium came to us the tradition of building stone temples with domes symbolizing the vault of heaven. Frescoes and mosaics inside temples, antique sculptures decorating buildings – all this is the Byzantine heritage. Byzantine architects passed on their skills and experience to Russian masters, being called as mentors to Kyiv, Moscow and St. Petersburg. 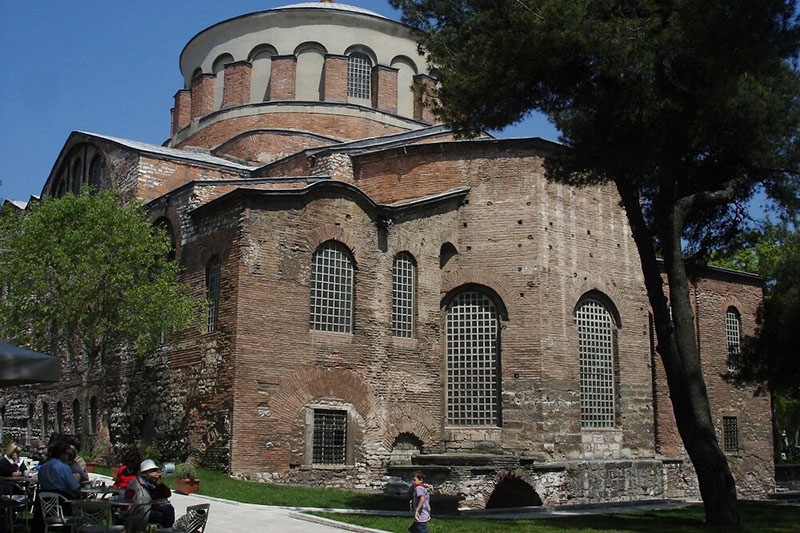 The influence of the Byzantine style, which is characterized by pomposity, pretentiousness and flamboyance of design, can be traced in the Romanesque and Gothic architectural trends, and even in the Italian Baroque. In the 19th and 20th centuries, such a form of temple architecture as the Russian-Byzantine style also arose: in it, the squat domes of temples are located on a common drum, the central dome is much higher than the others. Today, elements of the Byzantine style are often used in interiors.

Comments to Traditions of Byzantium