Brazil is a country with a population of over 200 million people. Many of them came here as a result of immigration, so the traditions of Brazil combine many different cultures. 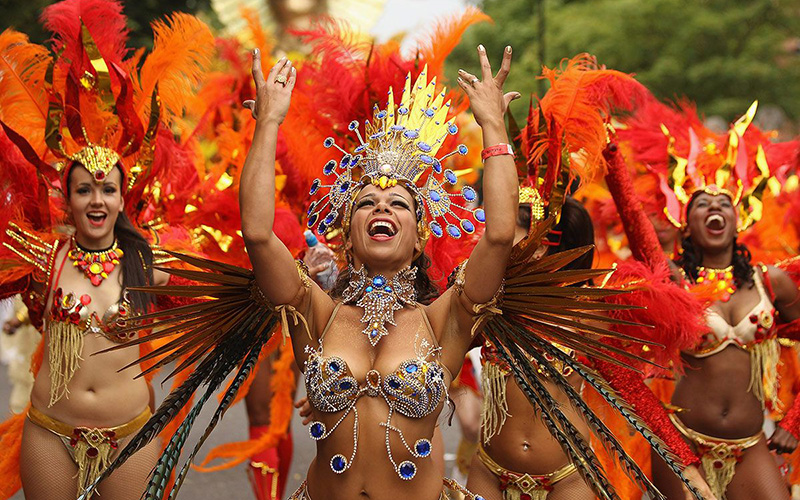 A feature that all tourists immediately note: Brazilians are accustomed to making eye contact for a long time. If our people feel uncomfortable when they look directly into their eyes for a long time, then this is normal here. This applies not only to conversations, but also to those cases when people just sit together in transport or in a queue somewhere.

Personal boundaries here are also much closer than is customary among Americans and Europeans. It is considered quite normal to move closer to the interlocutor here, and to make claims in public transport about the fact that someone is too close to a neighbor is stupid: no one will understand the reason for the indignation.

say hello to everyone

When meeting a fairly large group of people, it is customary here not to get off with a loud phrase for everyone, but to approach each and personally introduce yourself, shaking hands. Men shake hands even with unfamiliar people, and holding out both hands for a shake is considered a manifestation of the highest respect and honor. 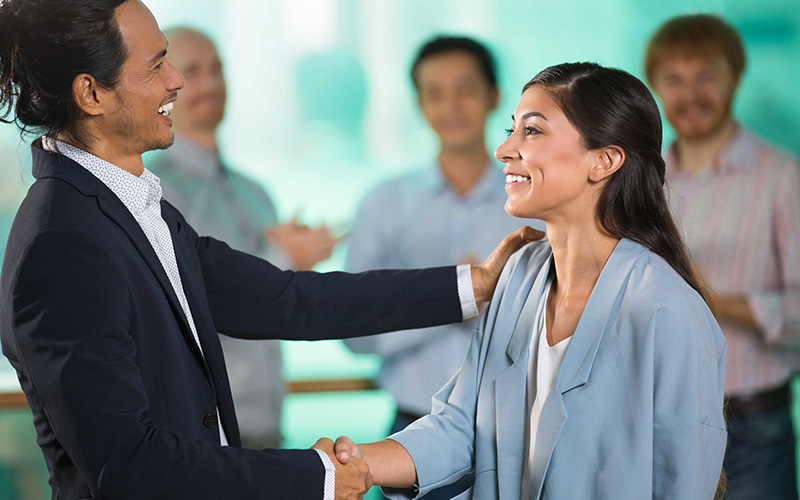 The female sex greets even more warmly: it is normal for women to kiss each other alternately on both cheeks as a sign of greeting. If kissing other men is not included in their plans, they are the first to extend their hand to say hello. Close people hug each other tightly and pat each other on the back and shoulders several times.

One of Brazil’s most famous traditions is carnivals, with many customs associated with them. Carnival in Rio de Janeiro annually gathers millions of people from all over the world, but it is far from the only one. Even the poorest Brazilians love colorful holidays with costumes and dancing. At the same time, they forget about everything, the celebrations last for many hours, and sometimes even days.

At the same time, it is important that the costume is very bright, shiny and noticeable from afar. There are no limits at carnivals: age, social, gender. This is the territory of freedom and happiness.

The creativity and creativity of the Brazilian people is fully embodied in dance traditions. Some regions have their own dances that are less popular in other areas of the country, but they are all known far beyond Brazil: 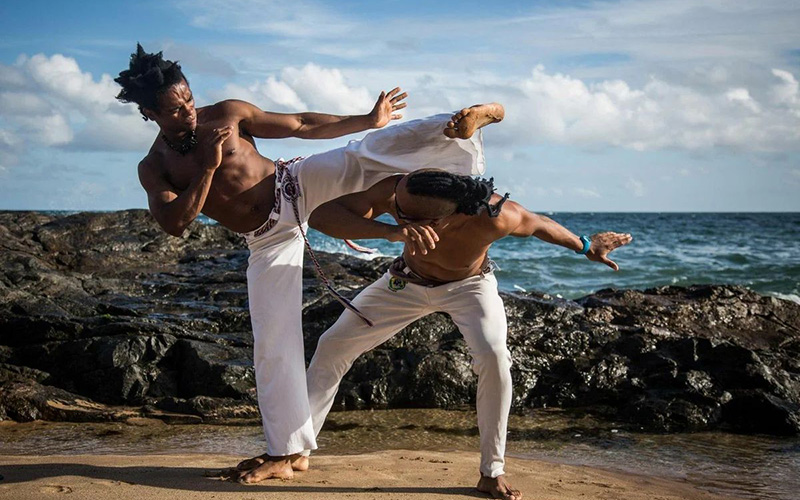 Most of all, wedding traditions are observed in small villages, and tourists should deviate from the route through big cities to see them with their own eyes. For example, after the young people take an oath of allegiance in the church, the local sorcerer must drive away evil spirits from them, which can harm the new family. Such a mixture of Catholic and shamanic traditions does not bother anyone here.

The bride cannot appear at the wedding before the groom, it will be indecent. According to local traditions, she is obliged to be late for at least 10 minutes, or even half an hour. Of course, until this moment, her chosen one should not see the wedding dress. Another requirement that the groom must fulfill before the wedding is to tame a donkey. By how he copes with this, one can judge what kind of life awaits a new created family: if the animal has shown a skittish character for a long time, then the young will not be as smooth as we would like. But if the donkey quickly became submissive, then life will be calm and happy.

When the entire procession of guests and relatives arrives at the house where the newlyweds will live, the groom must transfer his beloved from one end of the room where the wedding night will take place to the other end. At the same time, he must step into this room with his right foot.

In addition to the ancient wedding traditions in Brazil, there are completely new ones. For example, now newlyweds must draw up a marriage contract. The signing of this document takes place right at the wedding, and it is after this that the young are considered husband and wife, the real holiday begins.

The feast is usually very generous, there are many delicious dishes. But the traditional drink at the wedding for many centuries remains coconut milk and casacinhos dessert. Between treats, everyone dances incendiary dances. The main one is a pagoda, such a special version of samba. 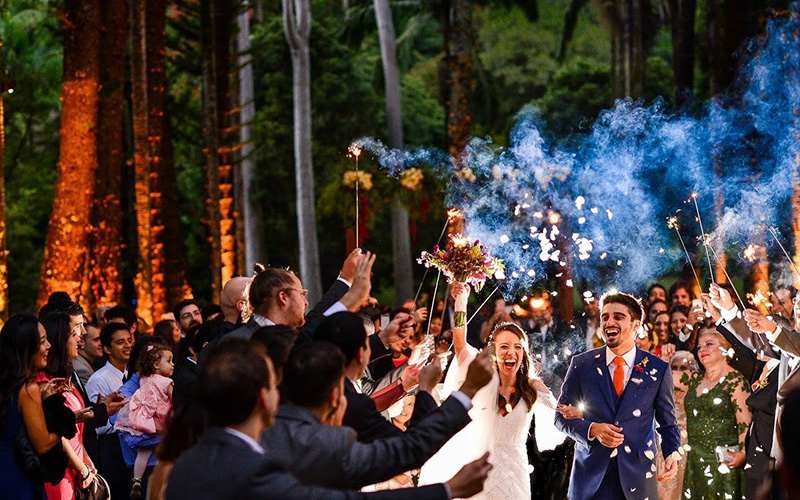 Brazil is a country where they love everything bright and beautiful, and this is fully reflected in the flower traditions. The main and favorite flower for Brazilians is the lelia. This is a delicate and bright orchid, which is bred by Europeans as an ornamental plant. Here it grows in the wild, and in addition it is grown for bouquets and flower arrangements.

Almost always, she complements wedding bouquets and is present in the boutonnieres of the groom and other men. Lelias adorn wedding processions, which look much more luxurious than the ribbon decorations we are used to.

Snow in this country is an extraordinary phenomenon, it happens only during incredible natural disasters. But nevertheless, the white color plays a special role for the New Year in Brazil. The fact is that the Brazilians are sure that it is necessary to wear a white outfit for this holiday. This is due to the fact that in this country white is a symbol of good luck and success. But this does not mean that everyone is dressed in pure white clothes: blotches of other shades allow you to ask the gods for various blessings. For example, pink elements or accessories will bring health for the whole year, yellow – career and salary growth, and red will help you meet love and start a family.

A well-known New Year’s tradition in Brazil is the descent of luminous lanterns into the water. Hundreds of thousands of people participate in this action, so this spectacle is simply unforgettable and attracts a lot of tourists. 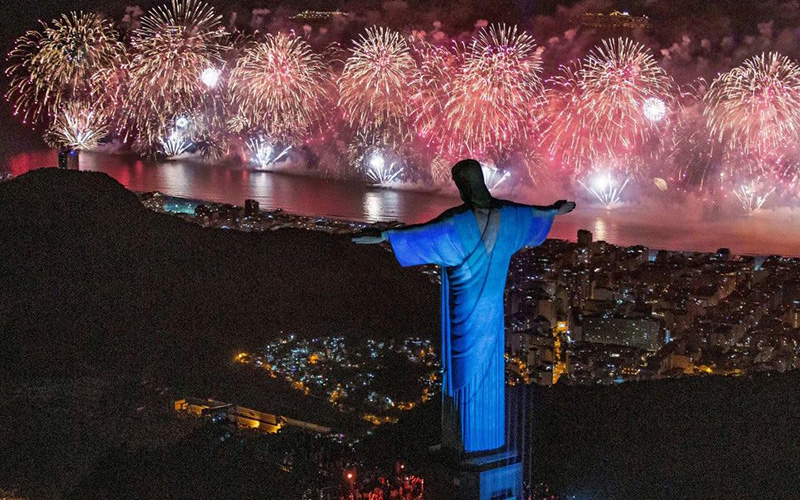 You need to be prepared for the fact that communication traditions in Brazil are somewhat different from ours. Questions that are considered tactless in our country do not go against decency there. Unfamiliar people may well ask how much you earn, how old you are, why you are still not married or not married, why do not have children, etc.

Brazilians are very friendly people. They are happy to support conversation and new acquaintances. However, keep in mind that they are very optional. Punctuality is not their forte. They are always relaxed and will not rush to get somewhere on time. Therefore, when making an appointment with someone, it is better to set aside a lot of time for it, because it is possible that most of you will just wait until they finally come to you.

Traditional national clothes are rarely seen in our time, but folklore traditions are still widely used. Men often wear loose shirts and sandals with wooden soles. Women dress in layers: a white skirt is worn on the bottom, and a bright color on top. Blouses with embroidered ornaments are worn on the upper part of the body. Women’s wardrobe always includes a lot of beads, bracelets, hairpins made of bright feathers, brooches made of sea shells. Boho style for travelers will be just right here. 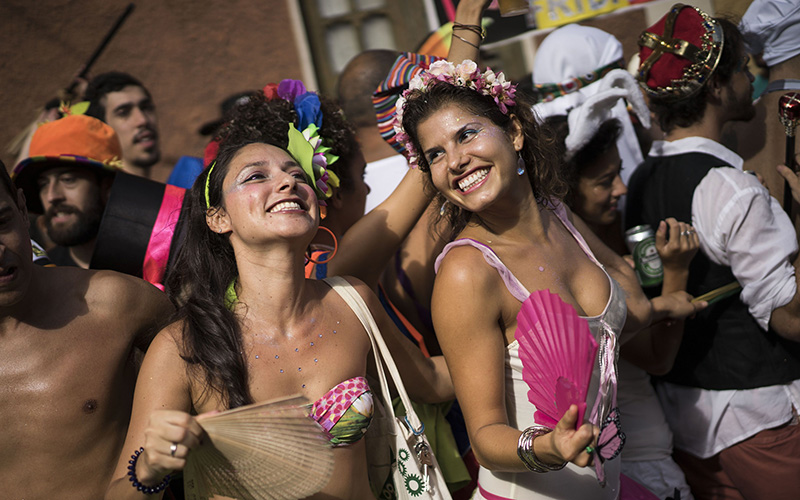 Love for one’s country is a characteristic Brazilian trait. God forbid to criticize at least something in Brazil, even seasoned travelers. If someone from the local shows dissatisfaction with local politics, mores or customs, you do not need to support him, because he himself will take this as an insult and be offended. But if you tell a Brazilian to help you learn the language, he will be very happy and will do his best to be helpful.

Until now, family traditions are very strong in Brazil. Family ties are not an empty phrase for a Brazilian. Children live with their parents until the moment of creating their own family, and if necessary, willingly look after the little ones or the oldest ones. They try to maintain relationships even with distant relatives, to help each other.

Until recently, having many children was the norm, and only in recent decades this trend is changing. In the city, few people decide to have more than two children. And the official marriage itself is no longer as obligatory as it used to be. Now more and more young people are choosing civil marriage and ordinary living together. 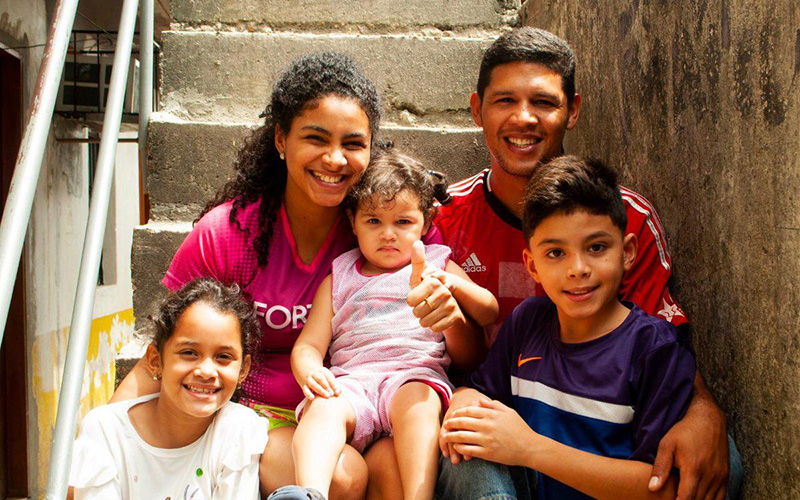 Tourists who first come to this country can be shocked by the discrimination that is still clearly present at all levels. The upper class are treated with disdain by the lower class.

As early as 1988, the Constitution was amended against discrimination against women, but real change is happening very slowly. The opportunity to get an education and make a career in cities is more or less available to the female population, but in villages and small towns one can only dream of this. Even in the cities, women’s work is paid much lower than men’s. Hard low-paid work is the reality that awaits women if they are not heirs in rich families. The most common professions for the representatives of the lower classes are a maid or a prostitute.

Brazilians have a particular passion for football. Not only men, but also women remain ardent fans here. If you cheer at the stadium, then with the whole family. If there is no match, you can wash the bones for the players in the bar. Even small children know the chants, and vuvuzelas, team scarves and T-shirts with the image of their favorite football players can be found in every family. 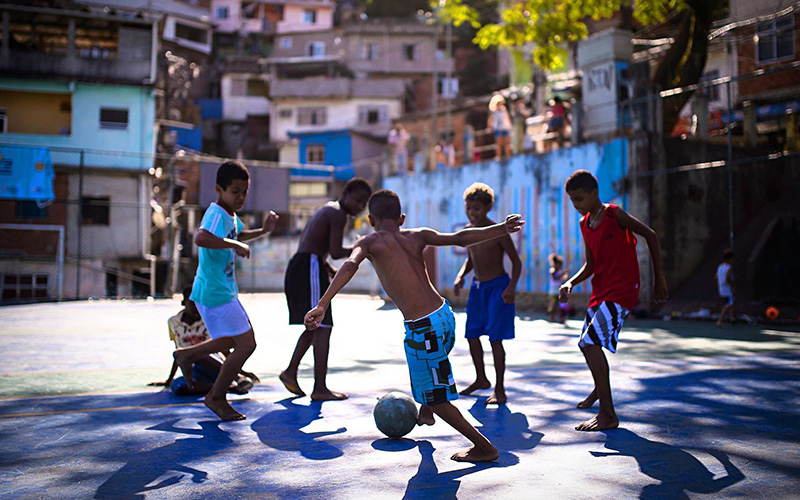 Sexual traditions in Brazil have absorbed the currents of different peoples and nationalities. This has created such a combustible mixture that it turns heads to all tourists who go here to expand the geography of their sexual adventures. There are practically no taboos for women and men of this country, they have sex with pleasure, they are not embarrassed by their bodies. The only direction that is practically absent here is sadomasochism.

Sex education in Brazil is at a very low level. Approximately 17% of girls give birth before the age of 18, and most often this is due to the fact that they have no idea about protection and contraception. All these reasons lead to the fact that the chance of taking a souvenir in the form of a sexually transmitted disease for a sex tourist is very high.