Geographical conditions and a mixture of tribes and peoples living on the territory of this Asian country have led to the presence in Afghanistan of traditions that convey elements of the social and cultural heritage of many nations. The unifying factor is belonging to the Muslim religion, which largely determines the lifestyle of the Afghans. 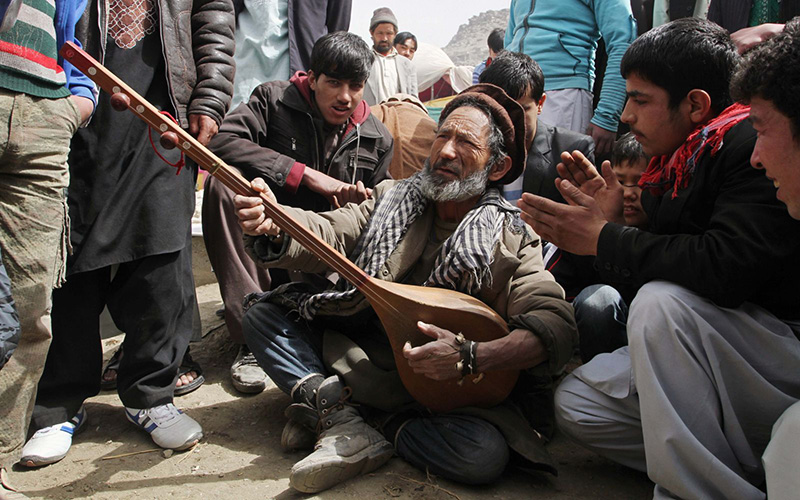 Each nation has its own authentic features, way of life, mores and customs. There are up to 20 ethnic groups in Afghanistan, five of them make up the majority of the population.

In the southeast of the country live Pashtunsrepresentatives of the Iranian ethnic group, this is the most numerous nationality in Afghanistan. The Pashtuns have preserved a tribal structure: each of the 60 tribes that exist today consists of family clans, which are headed by elders (aksakals). Some of the Pashtuns lead a sedentary lifestyle, there are also nomadic tribes who live in tents. Pashtun women are famous for their beauty and do not wear veils. 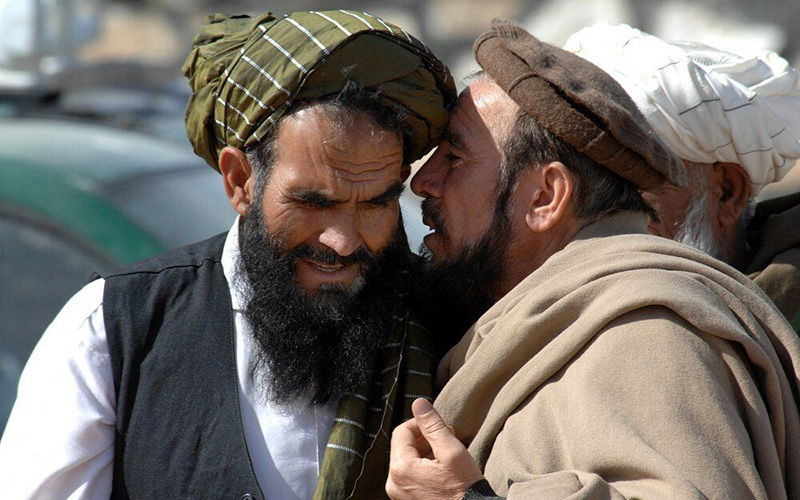 The second largest people ― Tajiks. They live in the center and northwest of the country. The original occupations of the Tajiks are arable farming and cattle breeding. Crafts such as weaving are also developed (moreover, men are also engaged in the manufacture of woolen, cloth, silk and cotton fabrics), jewelry and pottery. The Tajik people make up the bulk of the Afghan intelligentsia. 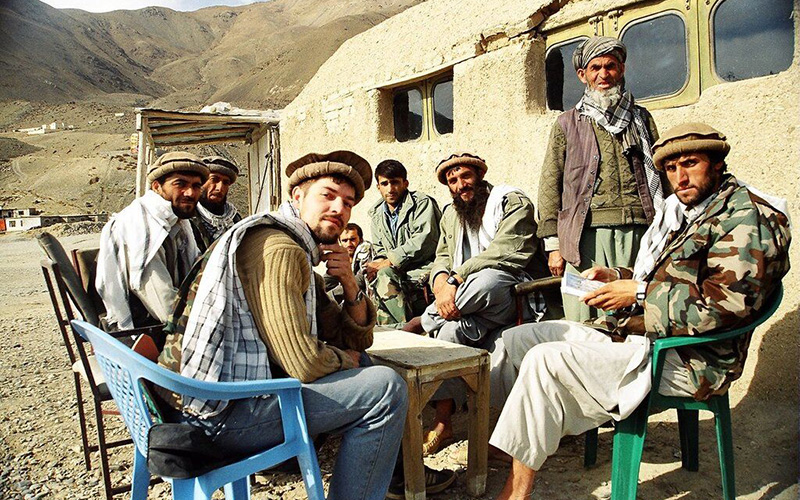 Live in northern Afghanistan Uzbek (Sarts). They are famous for their amazing hospitality and excellent cuisine. Of the crafts among the Sarts, artistic embroidery, work with precious stones and metal, as well as carpet weaving are common. A large place in the culture of the Uzbek people is occupied by national clothes. Beautiful and comfortable national costumes in big cities are worn mainly for festive events, but in rural areas they are also worn as everyday clothes. 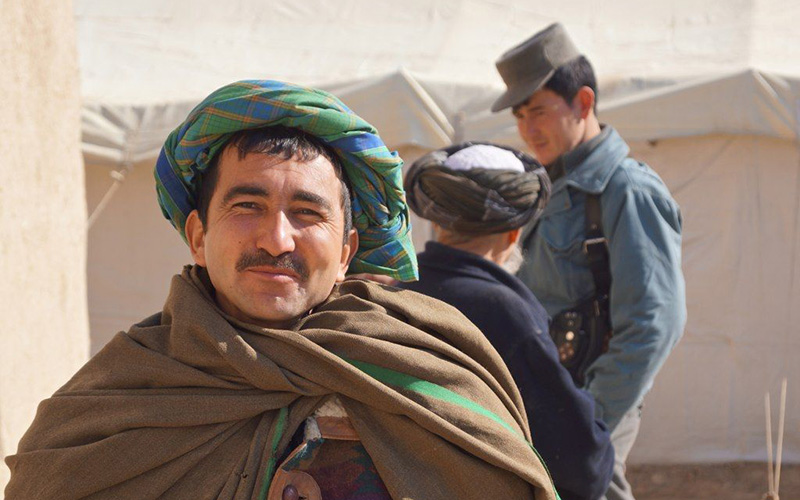 In the center of the country there are also Hazaraswho are considered descendants of settlers, the Mongol warriors of Genghis Khan. This nation was subjected to repression for a long time, but at present the Hazaras take an active part in the political and religious life of the state. 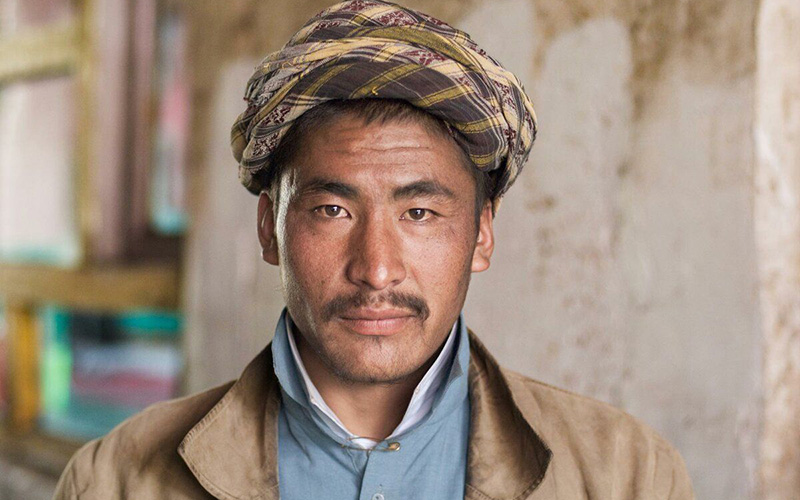 The culture and traditions of Afghanistan are closely connected with the Muslim religion. According to Sharia law, an Afghan must:

The dates of religious holidays in Islam do not have a clearly fixed duration, and are set according to a calendar based on the synodic month. Public holidays are observed according to the Gregorian calendar.

The most significant public holidays in Afghanistan are: 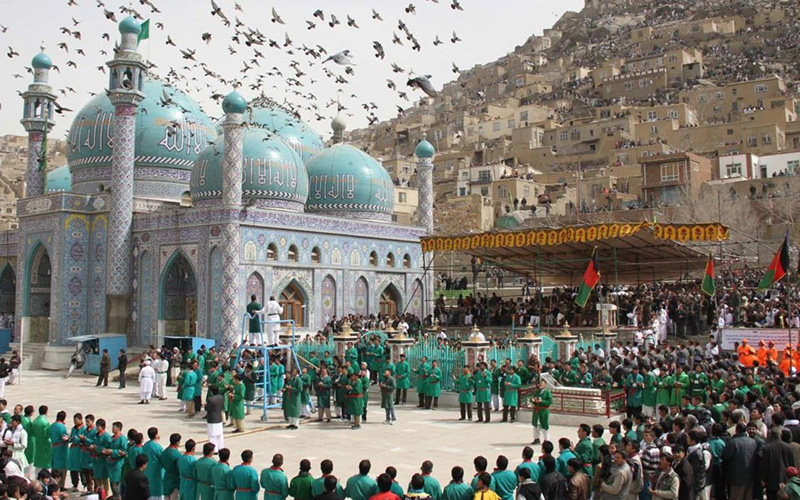 Religious holidays are widely celebrated in Afghanistan, the main ones include:

Afghans most often live in large families, the head of the house is the eldest man of the family. Afghans traditionally build houses in the form of a square, a ring surrounding the courtyard. The premises are divided into two halves: the men’s, where there are living rooms and rooms for storing weapons and agricultural implements, and the women’s, with a kitchen and rooms for wives with children.

Afghan men wear wide trousers, knee-length shirts, vests, and a skullcap or turban. Women’s national clothes are harem pants and a long dress, in the form of a headdress – hats or scarves. 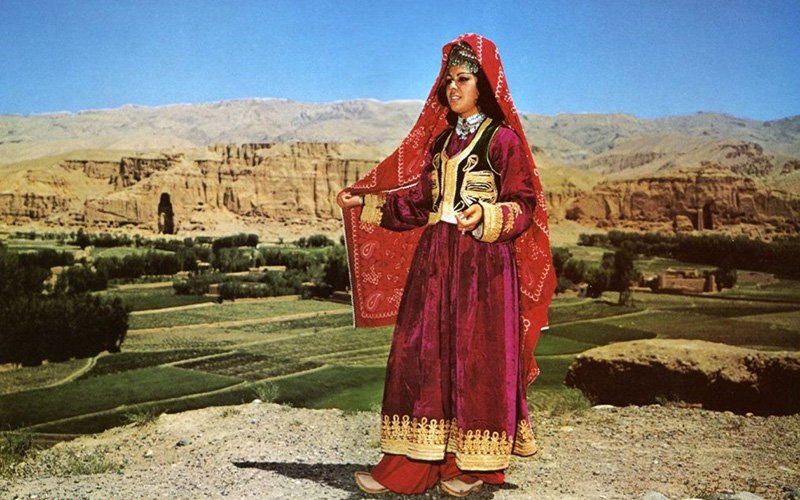 The traditions of Afghanistan regarding behavior at the table and in public places are unusual. Afghans eat on the floor on a special felt mat. It is considered decent to eat from a common dish, but food can only be taken with the right hand. It is not customary to have a conversation over food; you can speak only in response to a question asked or with the permission of the owner of the house.

According to religious dogmas, it is forbidden to touch a person’s head, point the soles of shoes at people, or pass in front of a person who is praying. Entry of strangers to the women’s half of the house is also prohibited. Afghans use a different system of gestures from the European one. In this regard, some of our expressive body movements may seem offensive to local residents.

Of the sports in Afghanistan, folk sports are the most common. These are nezabazi (Afghan dzhigitovka with a spear), varzeshe pakhlavani (a cross between judo and classical wrestling) and buzkashi (horse polo, in which a goat carcass is used instead of a ball). Cricket, football, volleyball, basketball, field hockey are also popular among Afghans.

Marriages in this country, as a rule, are quite early, and are concluded mainly between members of the same tribal group, marriages between relatives are not uncommon. The selection of a future married couple is traditionally done by the parents of the girl and the guy, the bride and groom themselves often do not take part in choosing a spouse. When the future father-in-law and mother-in-law go to ask for the girl’s hand, her parents, as a sign of consent, give them khyncha – a composition of sweets decorated with artificial flowers and sparkles.

The wedding itself consists of several stages: 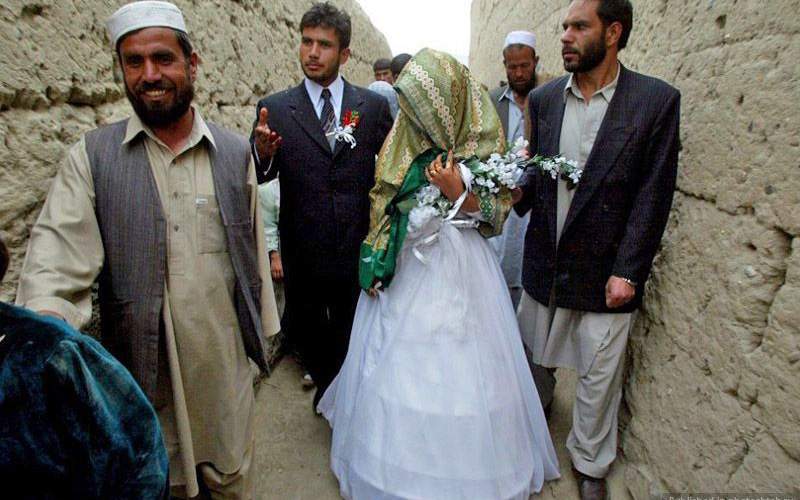 There are practically no divorces in Afghanistan, although they are not prohibited by Islam: divorce is considered a disgrace and negatively affects the reputation of the entire family clan.

Traditions associated with birth and death

The birth of a child among the Afghans is accompanied by rituals, often based on superstition. So, a woman after childbirth should not cook food for 40 days, as it is considered unclean. A newborn immediately after birth needs to read a few words of prayer in order to turn his soul to Allah. The name of the child is given on the seventh day after birth.

According to the customs and traditions of Afghanistan, all boys before the age of seven are circumcised (sunnat). The operation is a truncation of the foreskin. Since a prerequisite for the rite is its simultaneous performance on two boys, circumcision is often postponed until the birth of a second son in the family.

There are customs and traditions in Afghanistan regarding seeing off the dead on their last journey. This is, first of all, the Muslim rite of washing the body of the deceased three times and dressing him in a white shroud. The funeral service can be held at home or in a mosque. It is customary to bury Muslims on the day of death; only men can take part in the funeral procession. Graves are always torn off in the direction from north to south, the deceased is placed in the grave on the right side, that is, facing Mecca. Tombstones are flat stone slabs: along the grave – if a man is buried, and across – if a woman is buried. 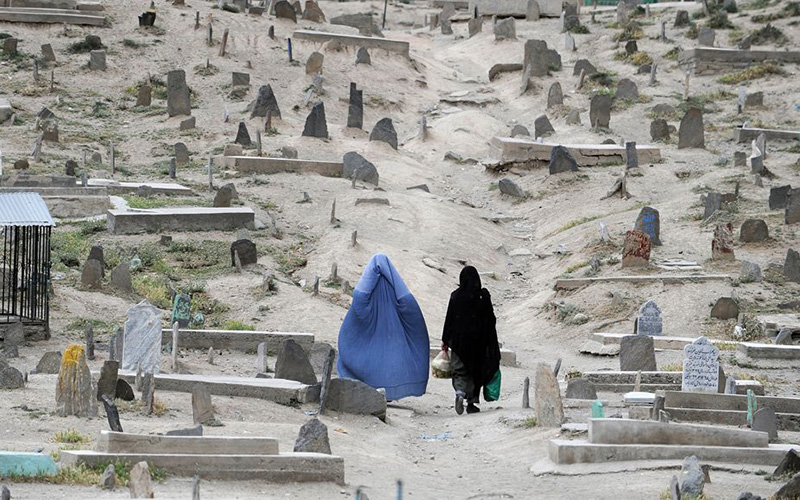 Afghans manage a very modest set of products: rice, flour products, meat and vegetables. But there are many recipes for their preparation – the cuisine of Afghanistan is considered one of the oldest in the world. 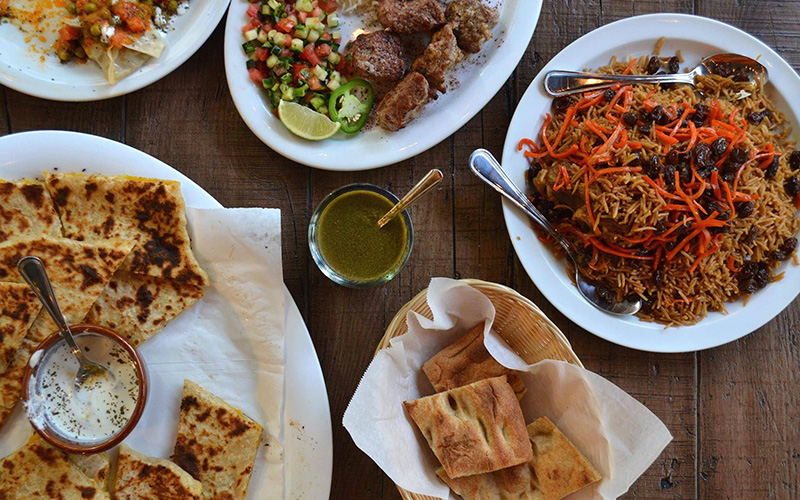 Of the first courses, thick soups are popular with Afghans, an integral part of which are mint and coriander: “shorba” with rice and vegetables and “mashava” – a soup made from golden beans (mung beans), rice, potatoes and carrots.