Traditions and customs of Spain

A couple of traditions and customs of Spain are known all over the world, but they are not at all limited to the unique identity of this sunny country. Upon closer examination, it turns out that the culture of this country is a mixture of the ardor of gypsy blood, Celtic solidity, goodwill and bright temperament of the indigenous population. Such a mixture is able to amaze any tourist who first came here. The locals will be happy to tell everyone about their traditions, but it’s even better to find out about them in advance in order to see confirmation already on the spot. 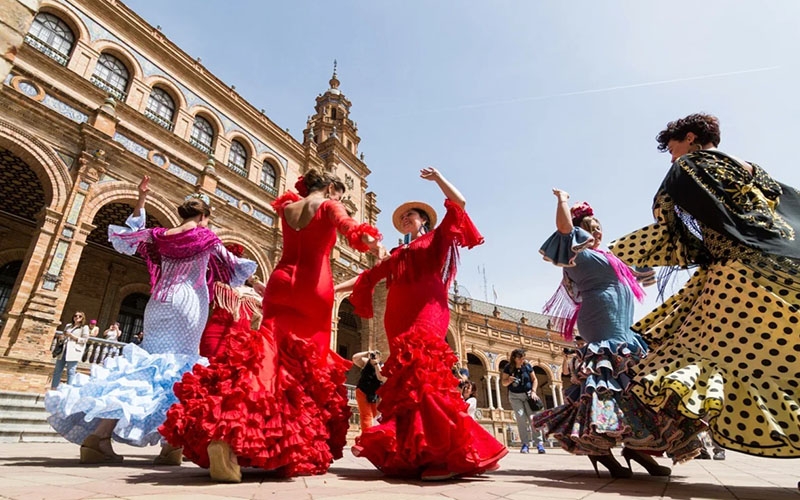 Bars as islands of communication

The Spaniards say: “Even in the smallest village there is always a church and a bar.” Bars and cafes are closely woven into the culture and traditions of Spain; there are always a lot of people here. This is due to the fact that lunch is not customary at work. Everyone goes to the cafe en masse, so it is difficult to find a free place at lunchtime. Weekend evenings or minor holidays are always spent here in bars, in communication with acquaintances or strangers. Getting to know someone is not difficult, so tourists who come to Spain without a company will not be able to leave without making new friends.

There is one habit that often shocks visitors – dropping crumbs and napkins just on the floor, at least in the bar hall, at least near the bar counter. If other Europeans consider it unhygienic, then the inhabitants of this country, seeing this kind of garbage on the floor of an establishment, immediately understand that it is popular. 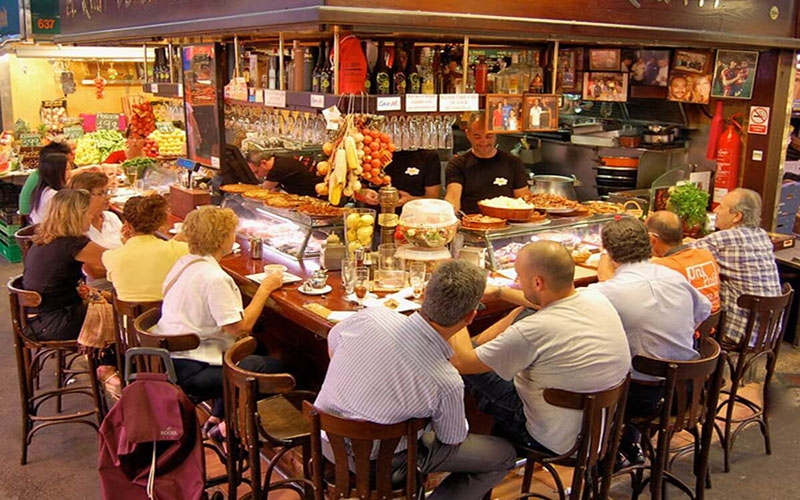 One of the first associations when it comes to the traditions, customs and rituals of the Spanish people is the siesta. This word comes from the expression hora sexta, which translates as “sixth hour.” The fact is that in ancient times, when this custom appeared, time was counted not from midnight, but from dawn. Close to noon and there came a siesta – afternoon rest. Of course, the appearance of this dream is not associated with laziness, but with the fact that it was very difficult to work under the hot sun, so people got up early before the heat and preferred to catch up on what they had not slept at lunchtime.

Now the siesta does not come at noon, but lasts from 13-00 to 15-00. And the custom has not yet sunk into oblivion: tourists note with annoyance that now many shops are closed during these hours, so you need to plan your vacation taking this tradition into account. The only city that has refused this is Venice. The local small business is not ready to lose profits even for the sake of a very ancient and very authentic custom. 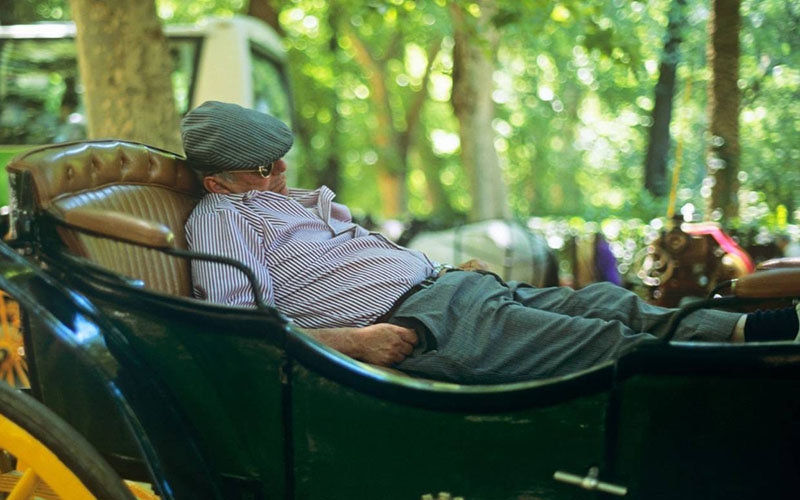 One of the most famous Spaniards – Salvador Dali – admitted that he learned a lot of plots for canvases during a siesta. Therefore, do not neglect the opportunity to join the unique culture while in this country. It is possible that some brilliant idea will come in a dream.

The family is the greatest value and pride of every Spaniard. If you want to make friends with someone from the locals, feel free to ask about children, parents, brothers and sisters, and then look at their photos on the interlocutor’s phone. You can be sure that now you will be remembered as a very pleasant person.

The attitude towards children in this country is special. Here they understand that the well-being of the next decades depends on how psychologically comfortable the younger generation lives. Children celebrate not only their birthday, but also name days, while the second holiday is considered more important and is celebrated more magnificently.

After marriage, a woman does not take her husband’s surname, but leaves her maiden name. When children appear in the family, they have double surnames. The name of the first-born is also often given, according to the custom, to name him in honor of the same-sex parent: the girl – as a mother, and the boy – as a father. 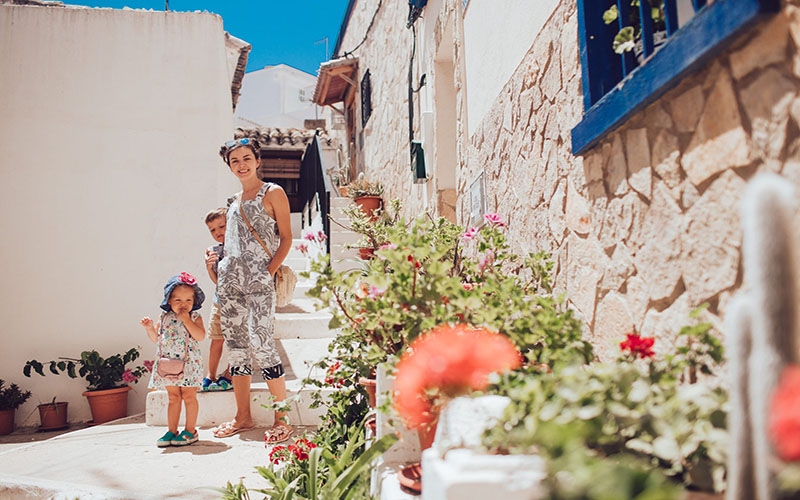 As for weddings, the traditions here practically do not differ from the pan-European ones. But in Coruna or Valladolid, those who get to the wedding will be surprised: the traditional color of dresses for the bride here is black. It is considered the most solemn and elegant.

But with divorce, the situation is different. Divorce proceedings are very expensive and lengthy. Divorce 5 years – a common thing for this country. Therefore, the issue of a life partner and marriage here are treated very scrupulously and responsibly. If a Spaniard offers to marry, then he is sure that he will be able to live happily ever after with his chosen one.

The phrase “War is war, but dinner is on schedule” was said by the Prussian king Friedrich Wilhelm I. But if he had not said it out loud first, then one of the Spaniards would have done it in exactly five minutes. For this nation, eating on time is sacred. Any tourist will immediately feel that everyone here strictly adheres to the schedule, because the situation when only snacks can be offered in a cafe between lunch and dinner is not uncommon here. 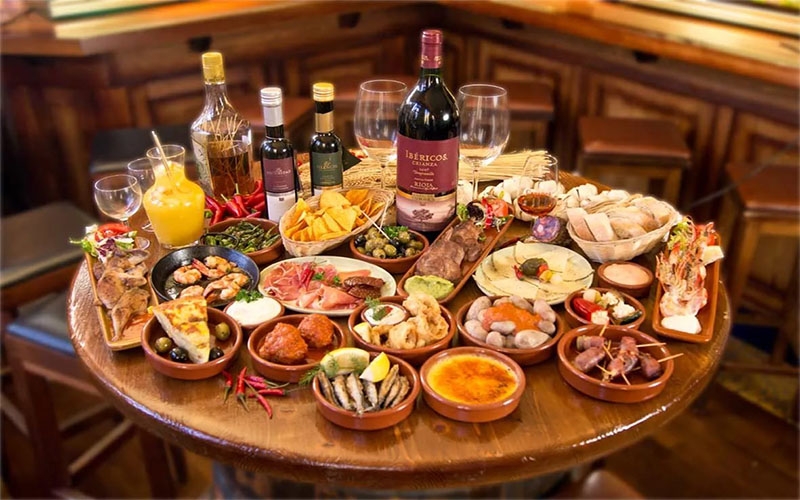 Some cafes and restaurants generally close between lunch and dinner in order to prepare delicious dishes without being distracted by visitors. The local population firmly believes that by adhering to a strict eating schedule, many digestive problems can be avoided and health can be maintained.

Bread is the head of everything

Rich breakfasts are not honored here, but lunch becomes the main morning meal. At 10:30, schools take a special break, and cafes and restaurants offer an extensive menu by this time, which includes bocadillos and bocatas – Spanish sandwiches. The main ingredients of the filling are jamon, cheese and scrambled eggs. Foreigners note how much bread there is in these sandwiches. But if for our people the quality of a sandwich is determined by sausage, cheese and other contents, then for the Spaniards it is the quantity and quality of the roll.

In general, they eat a lot of bread here, and at the same time, their choice is scrupulous. In bakeries and supermarkets you can find a huge variety of bakery products. 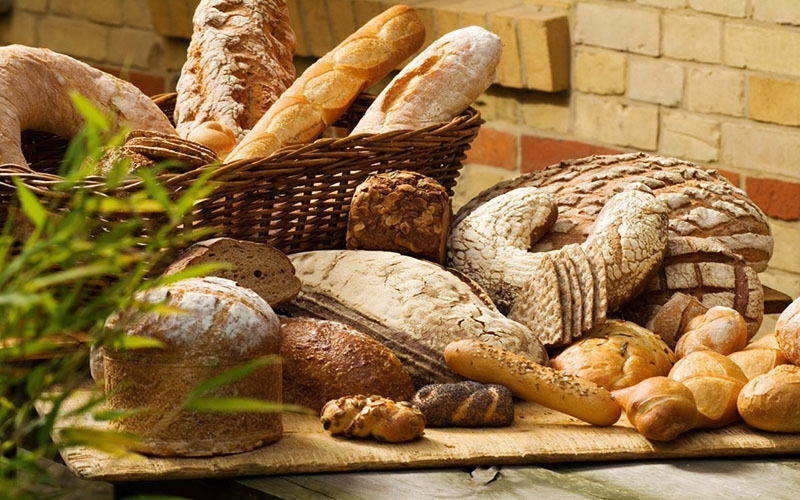 Before you go on a trip here, you need to be prepared for a specific manner of communication. From the outside, it may seem to a person that in Spain the locals are constantly swearing: they talk loudly, often argue, interrupt each other and say everything at the same time. If you add to this a very active facial expression, you can understand why it seems that a scandal is about to break out. But this is not so, just emotionality and temperament are in their blood. Despite the fact that the interlocutors speak at the same time and there is an incredible noise, these people hear each other perfectly.

Another point is personal space. It will be unusual for visitors that here, during a conversation, they keep a much smaller distance, which is usually the case. An unfamiliar person can easily put his hand on the interlocutor’s back, pat on the shoulder, swipe across the face – this is the norm. At the same time, one cannot recoil or move away, as this will be perceived as impolite. It seems that there are no introverts in Spain, and they all moved to other countries a long time ago. 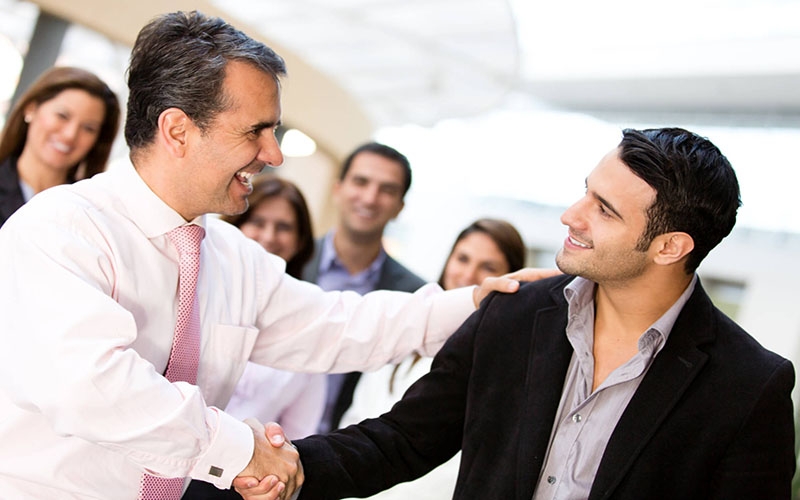 In addition to verbal communication in Spanish culture and traditions, sign language is of particular importance. Good language teachers always tell their students from the very beginning how important this non-verbal communication channel is in Spain. To understand the locals, you need not just to know the translation of words, but to “read” every wave of your hand. They tell more with gestures than with epithets and adjectives.

Experienced tourists recommend visiting this country on holidays, when culture and traditions are most clearly revealed. Each town has its fiestas and festivals, there are regional ones, and there are national ones. National events include religious, Constitution Day and the children’s Three Kings Festival. The warm climate allows for mass celebrations on the street, with masquerades, street performances. 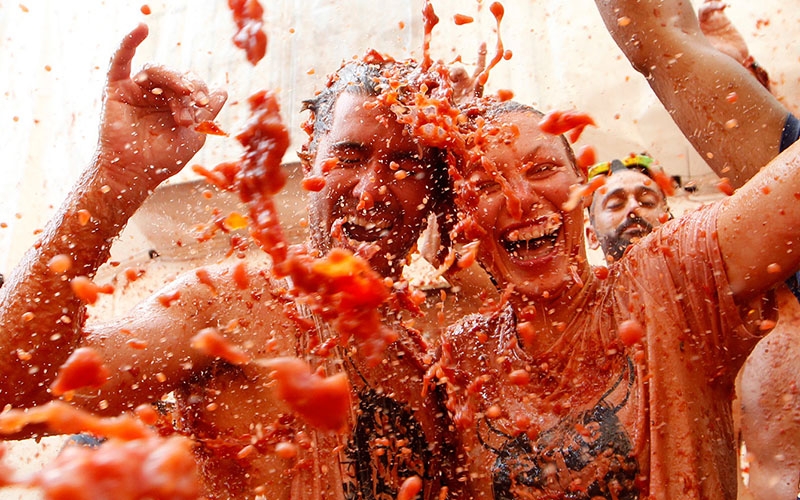 Each holiday has its own traditions: 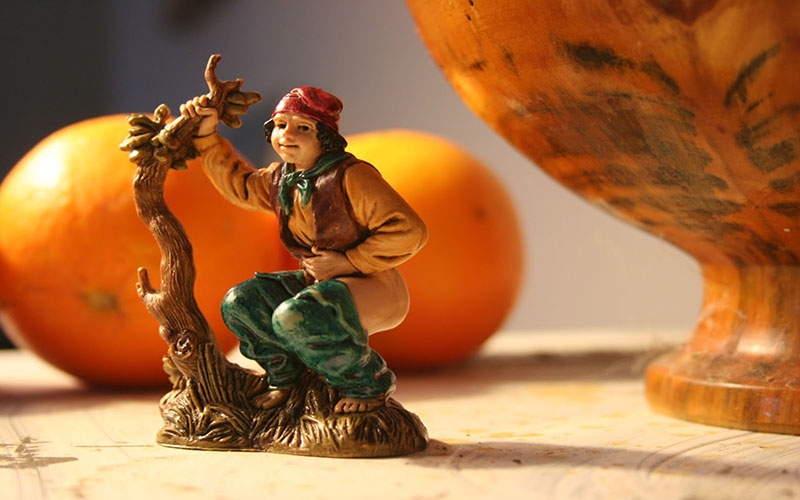 The Spaniards are still shopaholics. They give the soul a break during the Christmas markets, which arose as a phenomenon back in the Middle Ages. From the very beginning of December, stalls appear in the central squares of big cities and small towns, where in the coming weeks you can choose gifts before Christmas.

Here they create a special festive atmosphere: illumination, Christmas trees, the smell of sweets. In larger cities – Madrid, Malaga, Barcelona, ​​Valencia, etc. – such Christmas markets turn into small holiday towns with entertainment and a program. In Spain, they differ from other countries in that here you can buy mainly craft and products of local craftsmen. At the same time, the prices here are really lower than those at which everything was sold all year. Therefore, it makes sense for tourists to visit these fairs if they want to bring home souvenirs and save money at the same time. 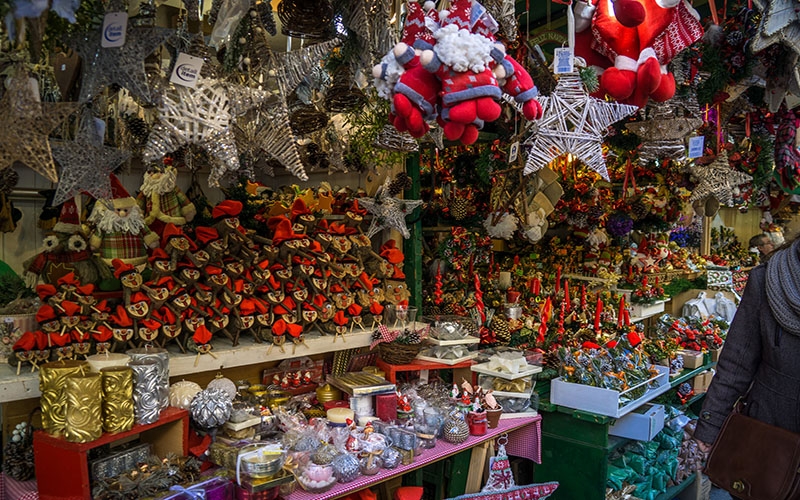 In some areas, Spain is developing faster than other countries, but in flower traditions it remains conservative, so here flower customs have remained the same as centuries ago. For example, fresh chrysanthemums never make ordinary bouquets, they serve as funeral flowers. They are carried to the cemetery to the dead as a symbol of sorrow and memory.

But wedding bouquets here are necessarily decorated with a branch of a blossoming orange. Its white fragrant flowers are associated with the purity and tenderness of the bride. It will be difficult for a foreigner who has come to a wedding to understand which of the young people is the groom, because it is customary here to dress equally numerous friends of the groom and himself. To understand which of the young people will go to the crown today, a flower in a boutonniere will help.

Another beautiful event in which flowers are involved is the celebration of Corpus Christi, when flower carpets with beautiful patterns are created on the streets. First, a sketch is drawn on the asphalt, and then filled with buds. In this case, roses, mimosa, carnations, hydrangea and other flowers are used. 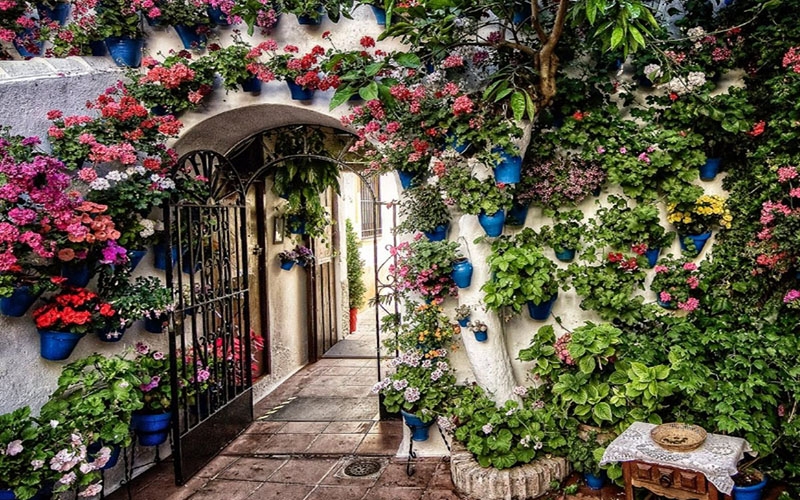 But real fans of floristry need to go to Cordoba. A flowering patio festival has been held here since the 1930s. Residents of the city decorate their yards with pots and planters with petunias, fuchsias, pelargoniums, etc. Thousands of tourists rush here to admire such a flower riot, which you will not find even in Provence.