A video filmed in Tennessee, USA, shows us a dog making a terrible mess. 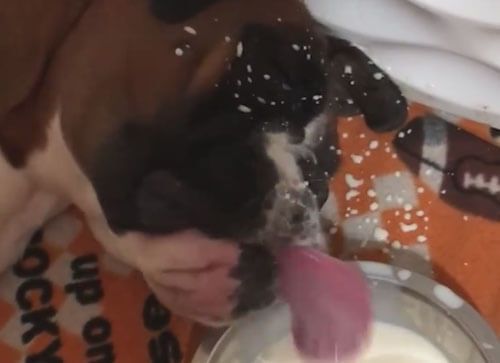 The animal drinks milk from a bowl, but only does it lying down. The result of such a lazy method is obvious - the dog's tongue generously sprinkles white liquid around. 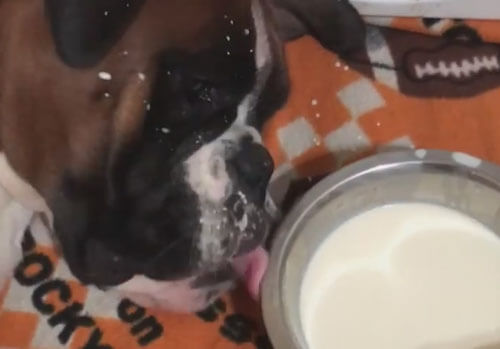 However, one should not rush to accuse the main character of the frames of laziness and swinishness. The dog recently became a mother, and the footage was filmed just after she fed the offspring. This activity turned out to be so tiring that the newly-made mother could not even get up to drink normally.

See also: The owner of the dog did not want to throw out the shoes that her pet chewed