A strange video that appeared on the Internet quickly gained a lot of views, which is not surprising. 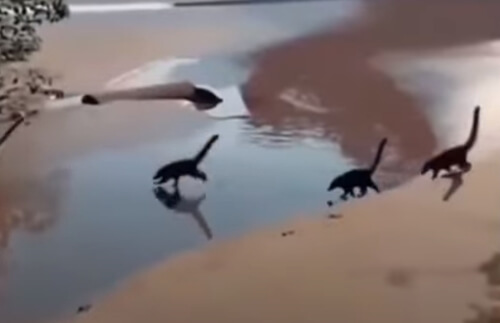 In the footage you can see a whole flock of tiny dinosaurs, cheerfully and briskly running along the beach. Creatures with long necks are remarkably similar to extinct lizards (albeit greatly reduced). The bizarre nature of the video has made it very popular, leaving viewers wondering what kind of creatures they are seeing. 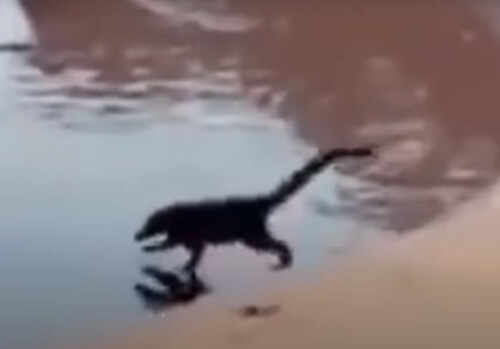 But, no matter how sorry to disappoint everyone who believed in dinosaurs, the explanation for the miracle turned out to be very simple. If you look closely, you can see that not mini-lizards are running along the coast, but animals known as coatis. The trick is that the video is played backwards, which is what created the illusion. And although it’s a little pity that in our world there is one less inexplicable curiosity, it’s impossible not to laugh at the creation of unknown pranksters.

Traveling through underground tunnels, an eyewitness met with strange creatures