While renovating his home, Rob from Illinois (USA) found a strange gastronomic greeting from the past in the wall. 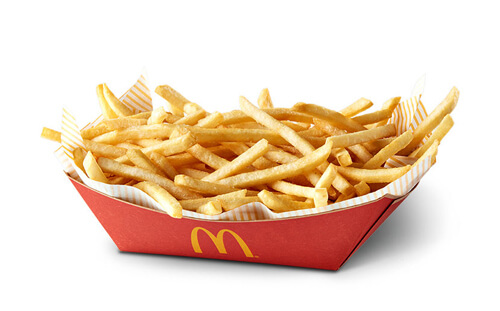 The homeowner was removing the light fixture in the bathroom and noticed a piece of fabric sticking out from behind the plaster. Calling his wife, Rob, with her help, removed the crumpled fabric and unfolded it. After that, the husband and wife could only be surprised, looking at three old packages of McDonald’s fast food and a half-empty container of french fries. Rob was especially struck by the fact that there was no unpleasant odor from the find, and mice seemed to have completely ignored the edible treasure all these years. 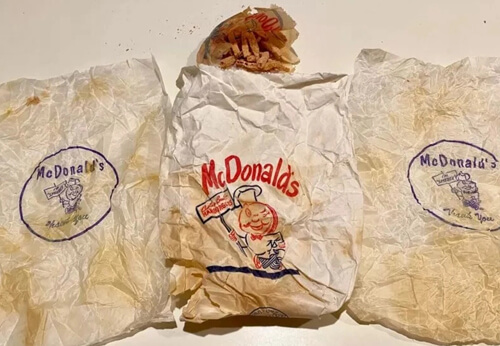 Joking that from now on he can officially be considered an archaeologist, the man added that he seemed to have guessed how the bags and potatoes ended up in the wall. Rob’s house was built in 1959. Nearby is a McDonald’s restaurant, which had already opened at the time. Apparently, the builders bought their lunch at the restaurant and either accidentally or deliberately planted the remnants of another snack into the wall.

Ordering a kilogram of sweet potatoes, the woman received only one giant copy