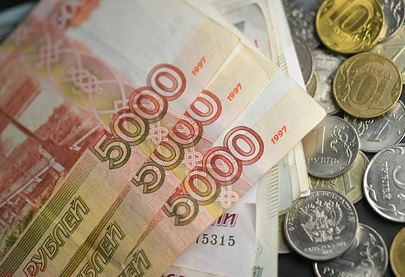 Resident of the CSR expert club, Alexander Bezdolny, in an interview with the Prime agency, called the threats to the ruble exchange rate until the end of the year.

The expert noted that the prospects are rather favorable than negative. Over the past six months, the ruble has appreciated against the dollar by 4.5 percent. In his opinion, further strengthening should be expected, despite the “outflow” of capital from emerging markets.

The unhappy explained that the ambiguity of the situation lies in the decline in the markets of interest in the assets of the countries of catching-up development. He noted that this is due to the expectation of changes in monetary policy (MP) in the United States. “By the end of the year, the reduction of the QE program may begin – which means the beginning of the end of the era of“ cheap money ”, which, among other things, inflated the value of assets in developing countries,” the expert emphasized.

Also in 2022, there may be an increase in the US Federal Reserve rate. This will increase the attractiveness of American securities, said Bezdolny. This can lead to a fall in the rates of currencies of “third” countries. Russia is currently avoiding this threat due to the rapid economic recovery and expensive oil, but in 2022 the factors that play into the hands of the Russian currency may be exhausted, the expert said.

According to Bezdolny, other major risks for the ruble exchange rate are new US sanctions on the purchase of Russian public debt in the secondary market for American investors and the possibility of a new economic crisis. The expert added that in the event of a crisis, interest in Russian assets will decrease, and this will hit the ruble exchange rate.

Earlier it was reported that the Central Bank (CB) assesses the impact of the ruble exchange rate dynamics on inflation as neutral. Kirill Tremasov, director of the monetary policy department of the Central Bank, said that the ruble exchange rate is now the same where it was a year ago, and even became a little stronger. At the same time, he noted that taking into account all the inflation accumulated during this time, the Russian currency strengthened in real terms.