The island of Kauai (Hawaii, USA) is famous for being home to thousands of wild chickens that can be found everywhere. 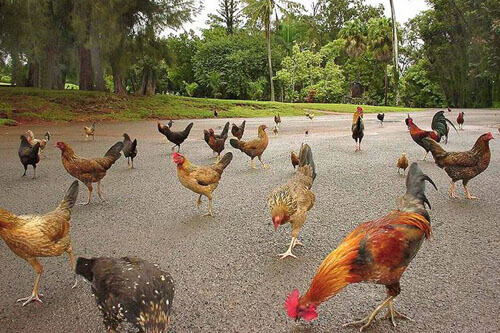 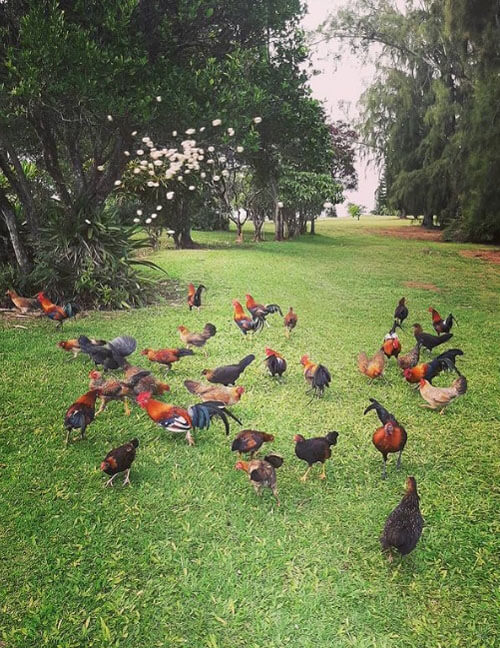 They have adapted to lead a free life, feeding on insects, garbage and animal food. In addition, they beg for food from people and, unfortunately, cause great harm to the gardens. 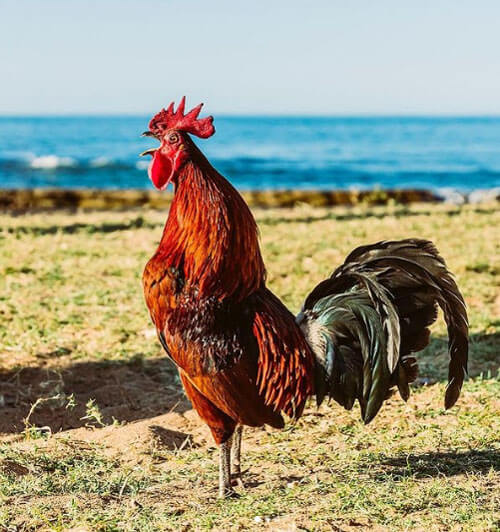 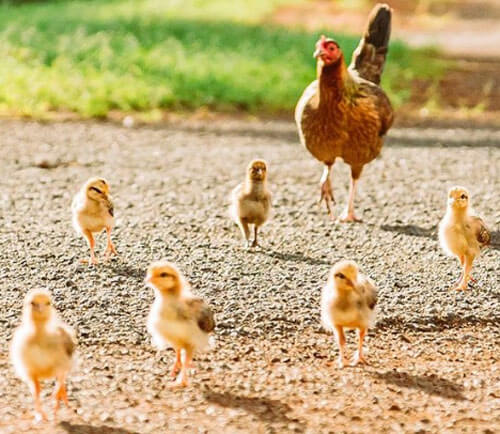 It is believed that the dominance of birds began in 1982 and later in 1992 during severe hurricanes. The chicken coops collapsed and the chickens scattered. Subsequently, they mixed with the wild moa chickens introduced to the island over a thousand years ago. And since the moa are protected by the state, the inhabitants are now afraid of offending annoying chickens, since they cannot determine who exactly is in front of them – a real moa or an ordinary wild chicken. 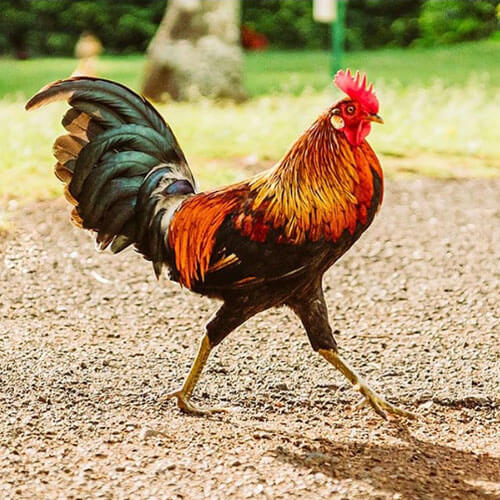 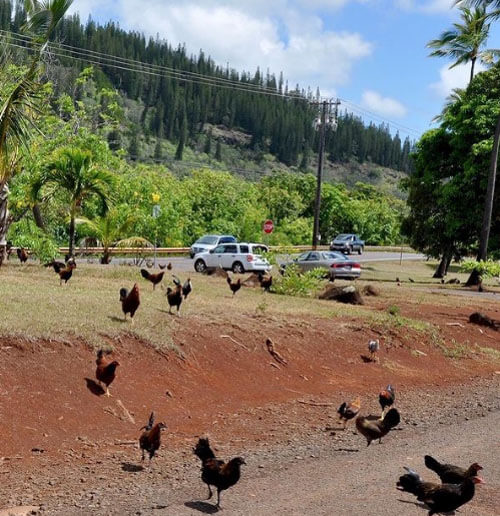 The abundance of excrement underfoot, constant traffic accidents associated with birds, crowing in the morning – these are the factors that make up the everyday life of local residents. At the same time, they cannot even secretly hunt chickens, because their meat is so tough that there is even a joke on this score. A funny recipe says that you need to take two pots of water and cook a stone in one and chicken in the other. As soon as the stone was cooked and became soft, then the bird was also cooked. 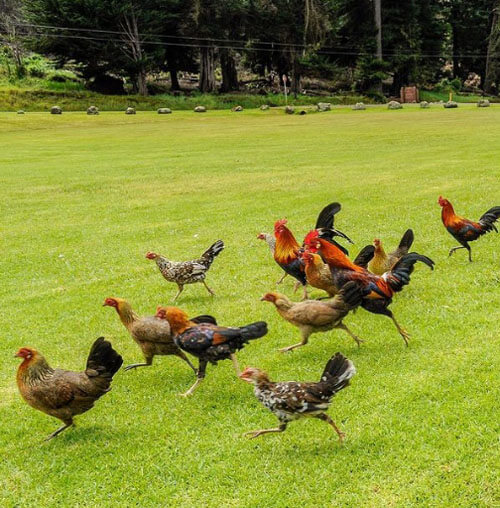 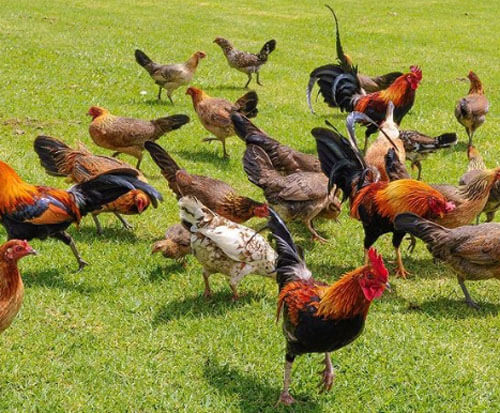 However, the chickens still served the islanders a good service – they attract tourists who come to Kauai to admire the strange bird paradise.