Several thousand musicians gathered at once on the territory of the Venezuelan Military Academy (Caracas, Venezuela) to please the audience with a massive concert. 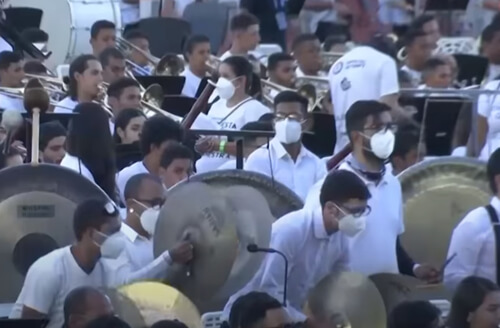 The age of the performers varied from 12 to 77 years, and among those present there were many representatives of the country’s youth orchestras. In addition to ordinary spectators, independent observers came to the concert, who made sure that all 8,097 musicians played at the same time, because the show was conceived not only for the entertainment of the public, but also for the sake of a world record. Among other things, the anthem of Venezuela and the song “Alma Llanera”, which many Venezuelans consider the unofficial anthem of their country, were played. The concert ended with the performance of the “Slavic March” by Pyotr Tchaikovsky. 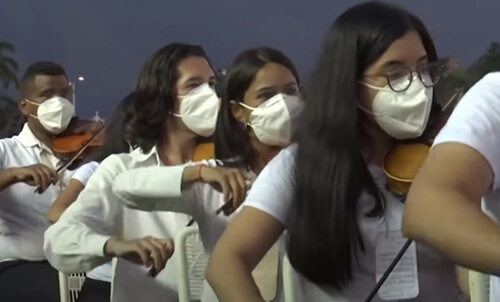 The organizers of the event admitted that they did not quite achieve their goal – they planned to assemble an orchestra of 12,000 musicians. However, the resulting number is also worthy of being included in the Guinness Book of Records. It remains only to wait for confirmation from there.