Things are not going my way”. Why Chinese taxi Didi could fail in Russia

The new aggregator has many advantages, but there is no talk of full-fledged work in all regions of Russia, and the system is far from perfect.

How the Russian taxi market works

Experts on e-commerce and transport services conditionally divide the Russian market into two sectors: metropolitan (with the highest traffic rates both in terms of quantity and prices) and regional. On the first, two large companies have been working for a long time. The first is Yandex.Taxi, known throughout the country and neighboring countries, and the second, Citymobil, scaled to the federal level from the capital's taxi operator. 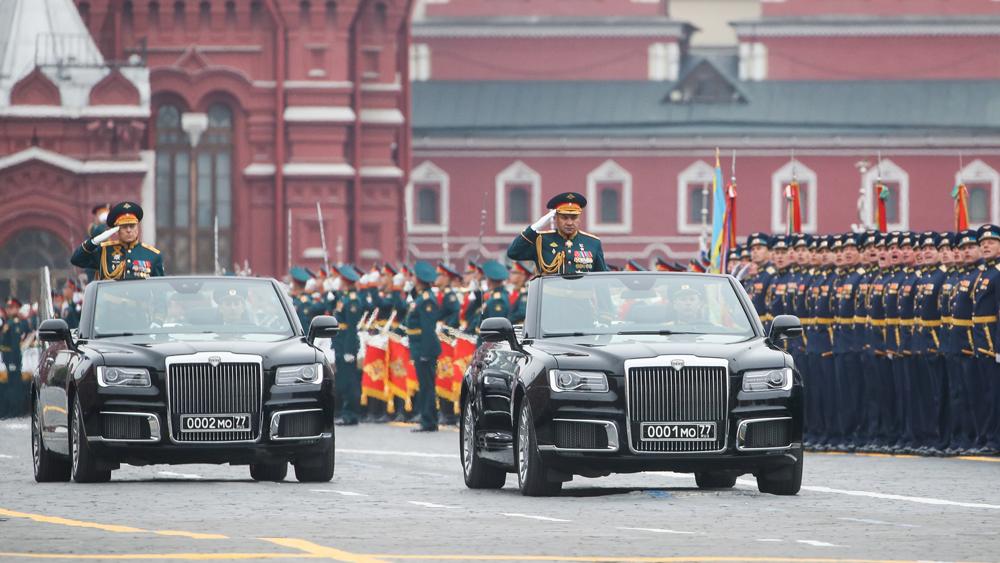 Car from New York taxis, Rolls-Royce and Aurus convertible. What cars were used for the Victory parades

The main car of the parade is the pride of the country and a demonstration of achievements. But sometimes extremely exotic cars appear at the most important memorable events.

Regional players do not have the same resource as the two large metropolitan companies, but the regions account for up to 40 percent of all transportation in the taxi market. On July 27, the Chinese taxi aggregator Didi started working in Russia. He was characterized in different ways. Some believed that the "Chinese Uber" could destroy Yandex, while others began to doubt that the Chinese aggregator could survive on the Russian market.

Both are right. Didi is not just an aggregator. It is a tech giant and a leading taxi operator in China with a customer base of 600 million people, who drove Uber out of the country. On the other hand, as explained by the expert on the transport market and e-commerce Robert Yang, Didi is making only the first steps in Russia, it will not reach the level of Yandex.Taxi and Citymobil soon.

Didi does not invent anything new. They are following the same path as other aggregators that have entered the federal level. They make low prices for passengers and surcharges for drivers, but in Russia the aggregator ran into a problem. They (aggregator .- Note Life), apparently, are accustomed to working in civilized markets, where people have a high financial consciousness. In our country, we hope to travel a little and earn a lot, because Didi really pays extra for orders, but people are slowly beginning to be limited in such opportunities. However, to date, drivers believe that the restrictions that are introduced at this stage do not prevent them from earning

The work of a taxi driver in Russia cannot be called easy - working 12-14 hours a day is exhausting, unnerving and wearing out. But frankly speaking, there is not a lot of honesty from Russian users. Immediately after the launch of the service in Kazan, messages appeared on social networks about multiple registrations in the Didi service for virtual mobile numbers. The purpose of these "bonus attacks" is called getting coupons for discounts and free travel.

There is a little conflict here. Didi still has technical problems: errors with payments, surcharges, errors with the calculation of prices. Therefore, I personally have doubts that Didi will deal with possible scams, as they have problems with monitoring the current state. In addition, there is fraud not only from the driver's side, but also from the passengers. A discount of 300 rubles, and the cost of a virtual SIM card is 20 rubles. Didi pays extra to drivers, makes discounts to passengers, and the money is given live, but there is no profit. The main method of struggle is life-long blocking of both drivers and passengers, but so far this has not happened.

So will they compete or not?

If you study the amount of money invested only at the stage of entering the Russian market, you will find that Didi's expenses are currently incomparable with the profit. However, according to Robert Yan, Didi does not pursue the goal of becoming number one in the Russian market of transport services, and it will not yet be able to compete "like an adult". 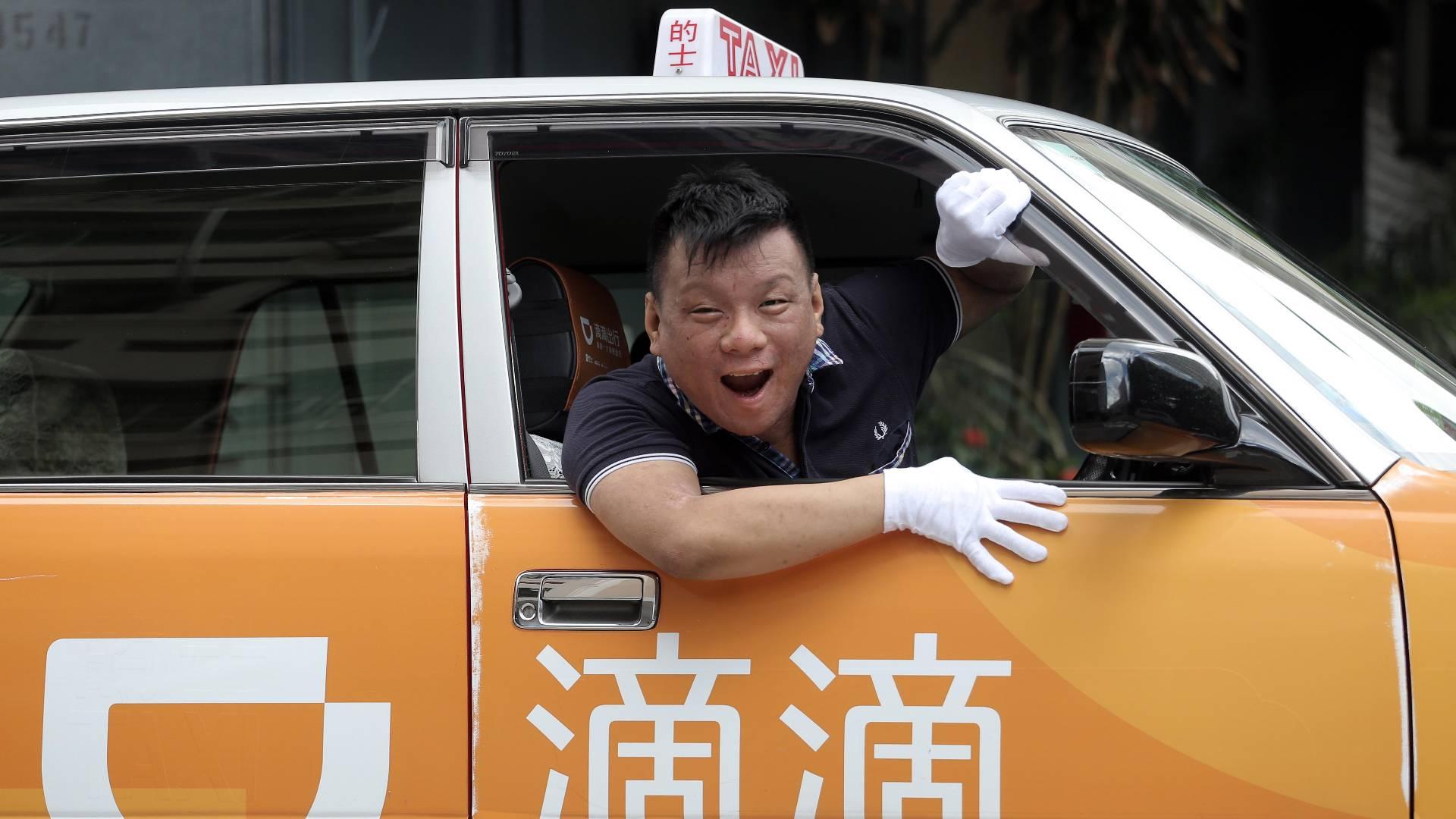 The Chinese have seriously decided to take on the trips of Russians, and large American companies and Russian government agencies have invested in the service.

The situation with customer support remains unclear. In the official Didi community on the VKontakte social network, users report the impossibility of ordering cars and note that the customer service, which must resolve conflict and controversial situations, reacts sluggishly to requests. 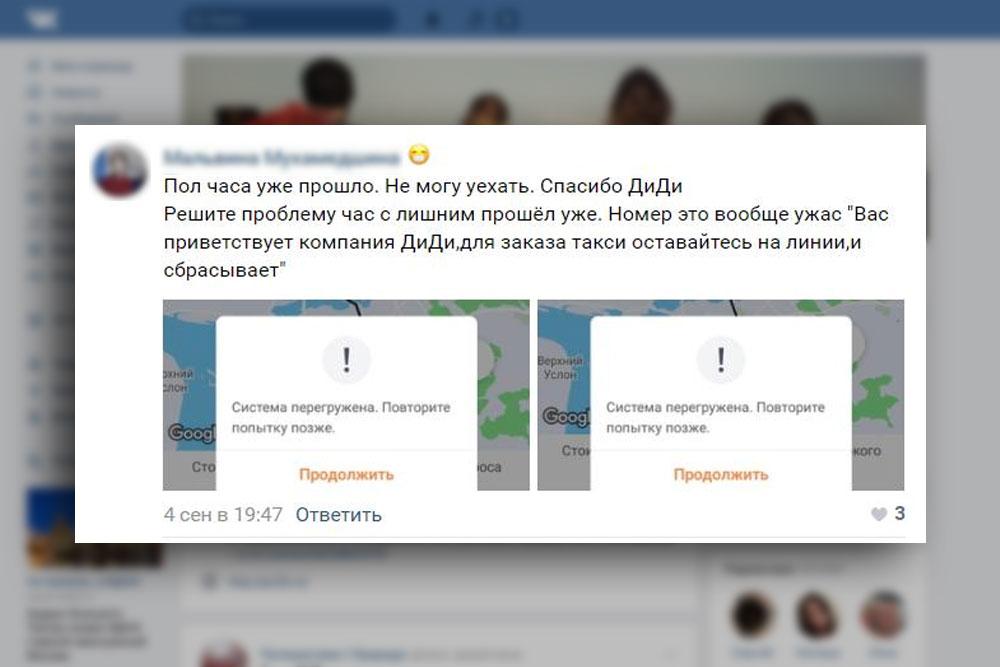 Other users note that in the early days of the service, you cannot use promotional codes for free trips, and repeated charges from bank cards occur.

There are already difficulties with taxi drivers connected to the system. Users complain that taxi drivers refuse to take customers for no reason.

The internal problems of Didi, which the experts talked about earlier, make themselves felt in a rather strange manner. Users from Kazan complain that in response to a request to write off money without a car arriving, the company provides a promotional code for 200 rubles, but they cannot be used.

The problem of taxi drivers

Drivers who tried the new service in Kazan were far from satisfied with the result of cooperation in all cases. For example, the application delivers not the car closest to the client, but any car to choose from. As a result, drivers complain that they have to travel four to five kilometers to the client, although a trip with a passenger takes only a few minutes and one or two kilometers. 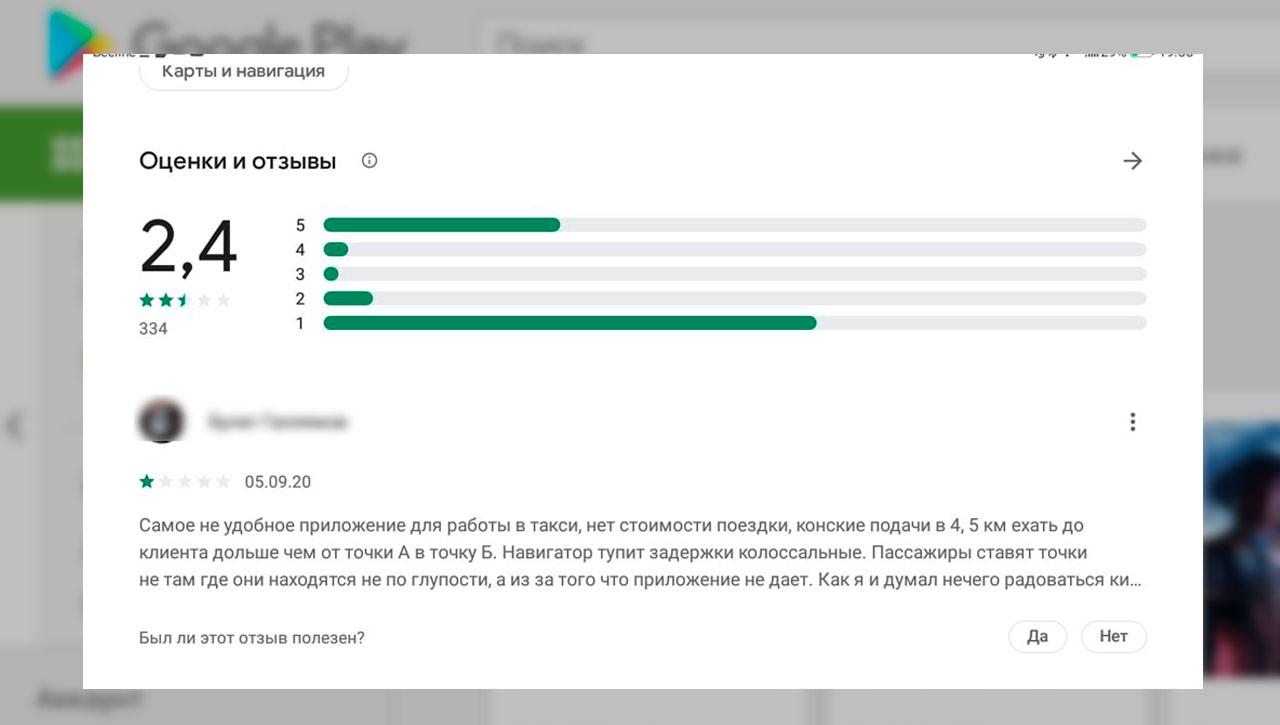 In addition, drivers note that the app requires access to personal files on the phone. Why is it needed when working in a taxi, the support service does not answer. 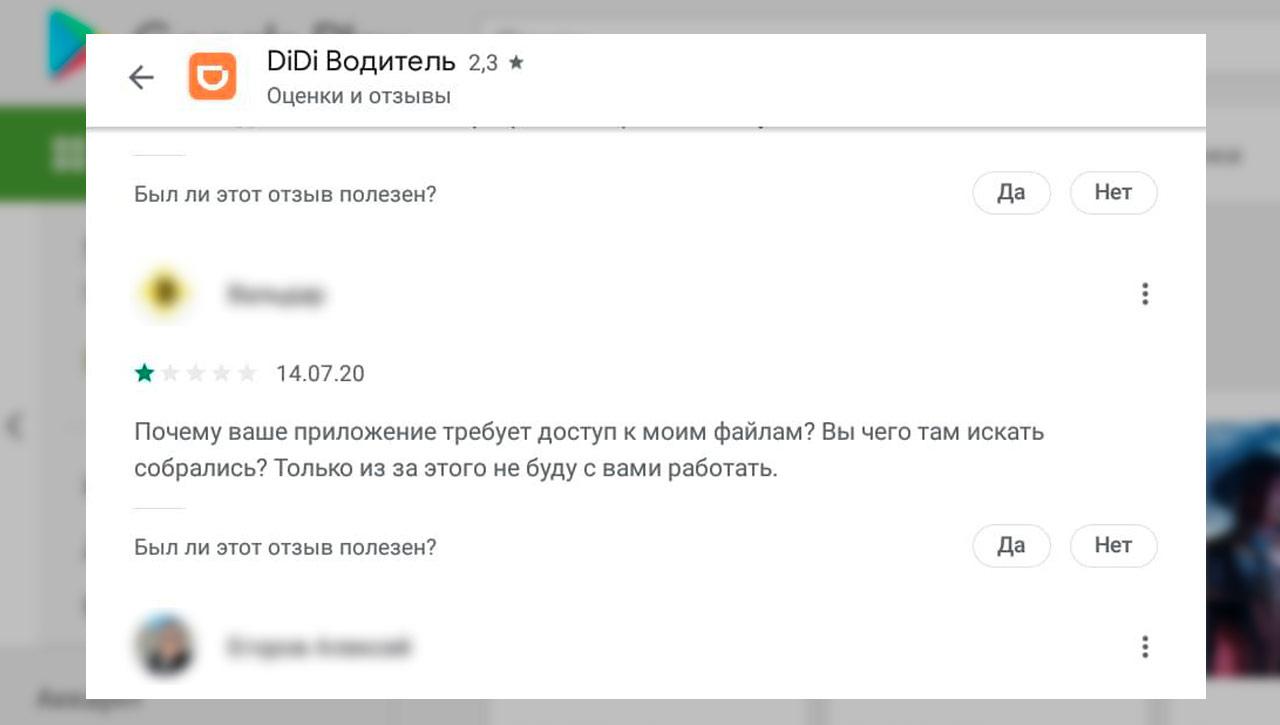 Other drivers write that the final point of the route is visible only after the order is accepted, and the taxi driver does not know the amount for which the trip is made until the end of the journey. 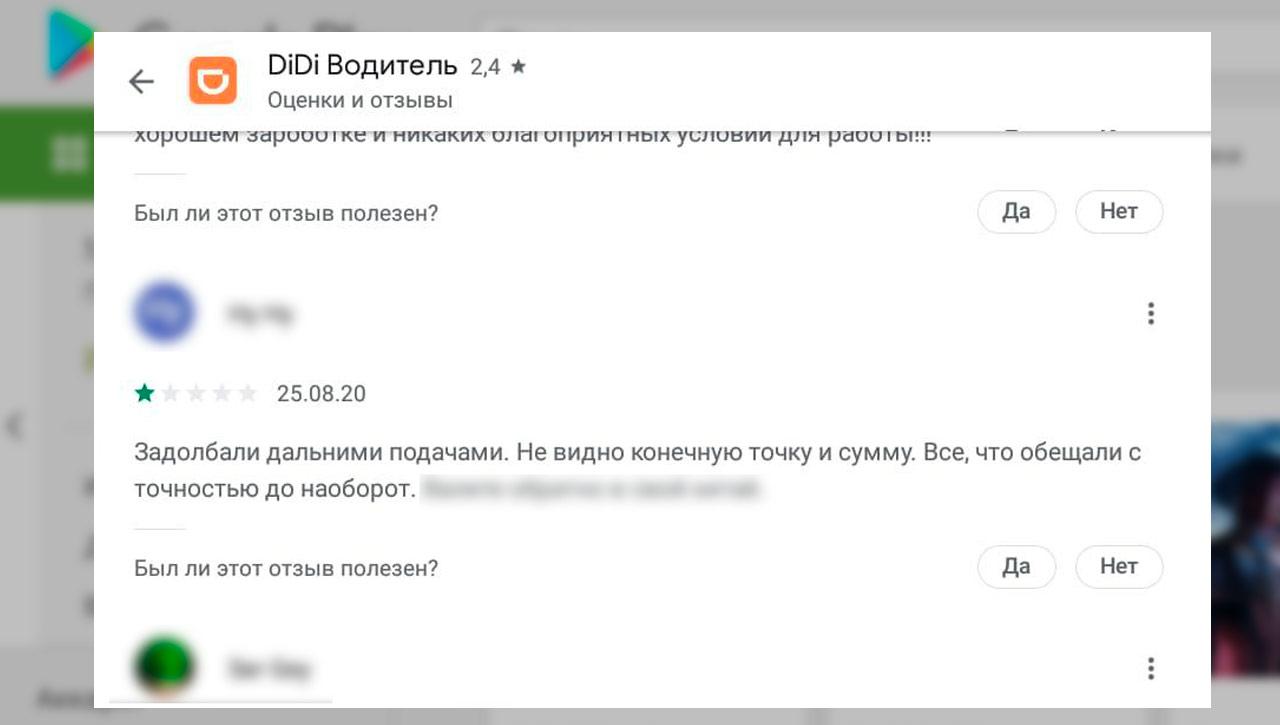 A difficult story with bonuses. Despite the fact that Didi does nothing in Kazan, conflicts between passengers and drivers are already happening. If a passenger complains about the driver and gives a low rating through the application, the taxi driver's rating instantly drops, and with a low online status, the ability to receive and withdraw bonuses is lost. 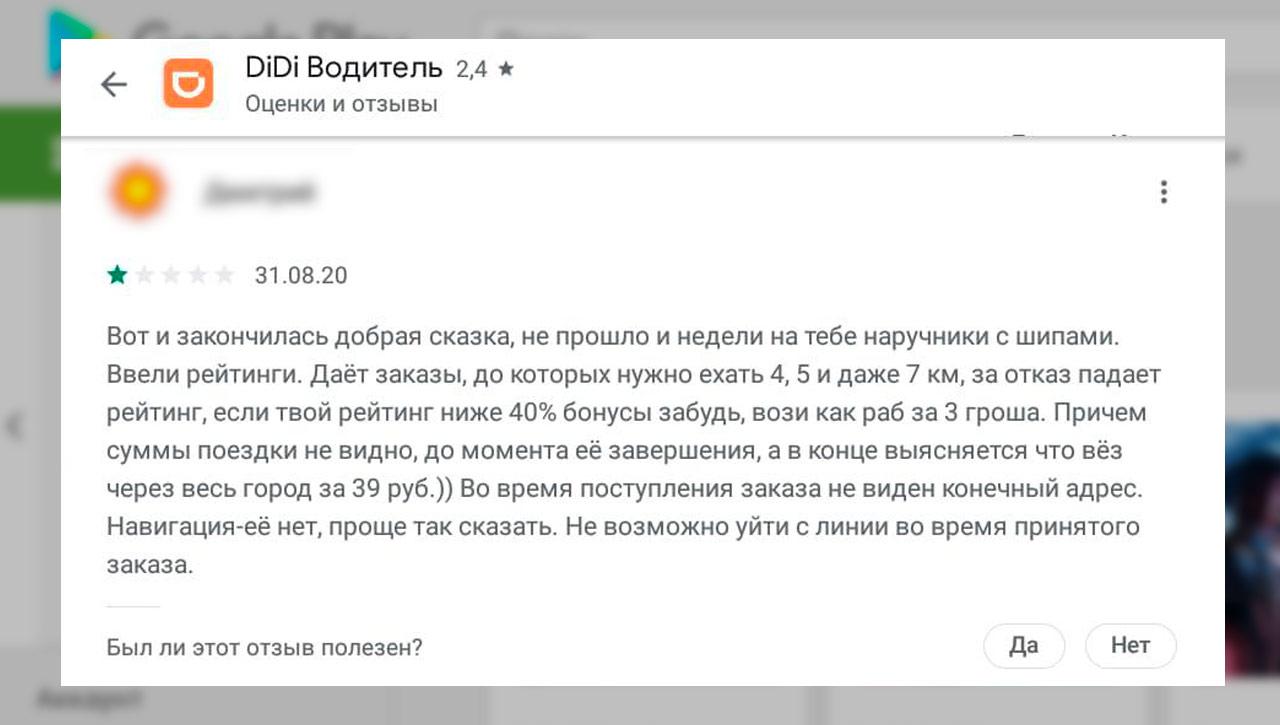 So far, there are more questions to Didi than answers. This is due to both customer support and driver rates. Experts studying the phenomenon of Didi's appearance in Kazan also cannot explain how the Chinese aggregator will act further.