“There was not a single day that I did not cry”

How do the children of Mikhail Efremov, who is serving time, live?

The 20-year-old daughter of Mikhail Efremov, Anna-Maria, admitted that she is now financially supported by Renata Litvinova. Why exactly she? And how do other children of Efremov live today?

“LITVINOVA TRANSFERS 40 THOUSANDS TO ME”

A fatal accident has divided life into “before” and “after”. And it’s not just about the dead driver Sergei Zakharova and Mikhail Efremov, who is now serving time in a colony. The life of numerous relatives and friends of the actor has completely changed. I remember that even before the verdict was pronounced in his last speech, Efremov addressed the judges: “I have three minor children and a student daughter. I would like to participate in their upbringing. ” But these words did not affect the decision of the court. So now the children of the actor are trying to live without him.

The most important concern for Efremov and his friends is Anna Maria, born in a marriage with Ksenia Kachalina… 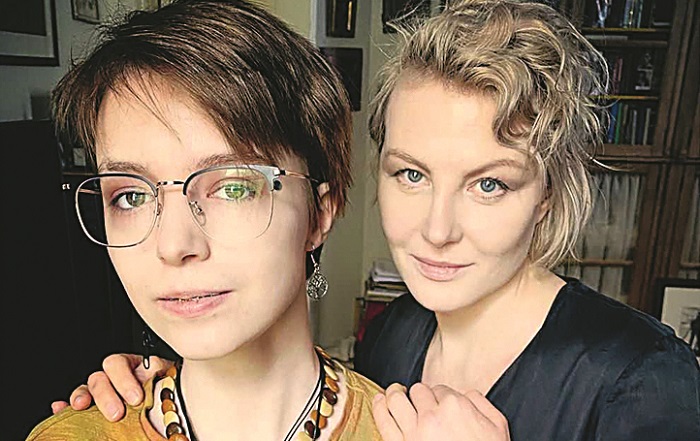 The girl has long been an adult, this year she will turn 21, she has been living alone since 17. However, Anna-Maria always had many problems – partly due to the fact that for a long time no one was involved in her upbringing and she lived on her own. For several years now, Efremov’s daughter has not hidden her non-traditional sexual orientation, and recently announced that she is not a girl at all, but a man, and her name is now AM Tillmari. Moreover, the heir (s) still does not work anywhere. If earlier the father was engaged in providing Anna-Maria, now she (or about him) took care of herself Renata Litvinova… The daughter of Efremova herself told reporters about this:

– Renata transfers me 40 thousand. We meet with her once every two weeks. If something is missing, then I report to her. But I have no special requirements, I prefer to dress in second-hand shops, I buy products of the middle price category. Apartment bills are paid Sophia (Kruglikova… – Ed.), the fifth wife of dad, I have a good relationship with her too …

Why did Litvinova take it upon herself to help a 20-year-old girl, or by sight? The fact is that the actress is Anna-Maria’s godmother. And in this situation, she simply could not stay away …

“TRAGEDY AND PAIN FOR THE WHOLE FAMILY”

Well, what about the rest of the children of Efremov? The actor has six of them. The eldest son of the famous prisoner is 32 years old Nikita Efremovwho was born in union with Asya Vorobyova, literary editor of the Sovremennik Theater. For a long time only a narrow circle of people knew about Nikita’s existence. But then the young man decided to storm the walls of the acting school, they immediately started talking about him everywhere and everywhere. The past year, ironically, was very successful for Nikita. There were several pictures with his participation, almost every shot. 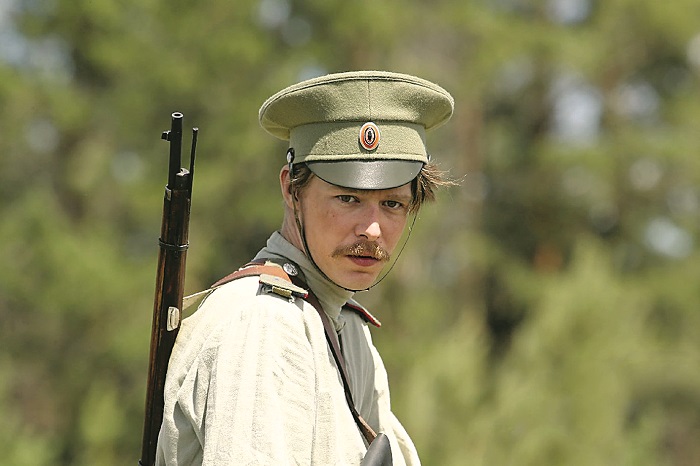 However, Nikita is going through the incident with his father very hard. He refuses to discuss this topic with journalists, only repeats: “What happened is a great tragedy and pain for the whole family.”

The middle son of Mikhail Efremov, Nikolai, was born in marriage to an actress Evgenia Dobrovolskaya… He followed in the footsteps of his parents, but so far he has not made any noticeable success in the profession. The young man does not give an interview, but a famous mother does it for him.

– How did I feel after learning about the accident? It’s just the end of the world, ”Dobrovolskaya recently admitted. – Believe me, Misha is good. Only Misha and drunken Misha are two different people. After all, he did not understand at all what he was doing … Nikolasha went through it very hard. Yes, it’s hard for all of us, I’m worried too. Letters hardly reach where Misha is now, there are no answers. Because of the pandemic, do not come to him. And I would have gone, of course. With the fact that he was condemned, I agree. With how much they gave – no. I don’t know what the deadline should be, I don’t understand this at all. I just know that a person has already been punished. It’s very hard for him …

Of these, 15-year-old Vera is always in sight, who actively maintains social networks and talks about her life. The girl has no time to be bored, but it is clear that what happened had a serious impact on the whole family. When in one of the December posts Vera summed up the results of 2020, she noted that “this year there was not a single day without me crying.”

Although the standard of living of the actor’s family fell sharply (after all, Efremov had very decent fees), nevertheless, Sophia and the children do not live in poverty. Kruglikova herself works at the Academy. Gnesins, she is an assistant professor, teaches sound engineering, recording and other disciplines. Also, in film and music circles, everyone knows that Sophia is an excellent sound engineer and sound producer. However, the woman assures that the family does not have any savings – despite Efremov’s considerable income, they never saved anything for a rainy day. So now we have to start living in a new way. They say that Kruglikova has already refused the services of a nanny and a housekeeper and is thinking of selling a house in Jurmala.

By the way, in addition to the children, Mikhail Efremov was also cared for by his ex-wife. Ksenia Kachalina… The former actress started having alcohol problems many years ago. That is why her daughter Anna-Maria (the one who now calls herself AM Tillmari) moved out from her to a separate apartment. Ksenia has not worked for a long time, if she suddenly gets money, she immediately spends it on alcohol. But she herself is clearly not able to go and earn a living. What will happen to her?

– We will help the whole world, throw off until Misha is away, – the restaurateur, a friend of the Efremov family, promised Tatiana Berkovich…

So for now, Ksenia is under the care of the friends of the convicted actor …