There are no longer enough workers in the USA 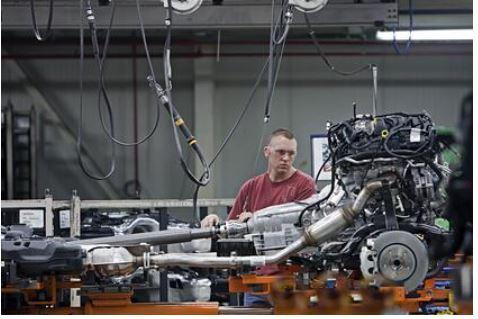 US President Joe Biden’s $ 1 trillion infrastructure plan has been threatened by a shortage of skilled workers, writes The New York Times.

Joe Biden wants to stimulate the development of infrastructure projects and motivate large companies to create jobs for builders and repairmen. However, the baby boomer generation is aging and rapidly retiring, and young people are unwilling to take their place, despite the specific wages. Today’s generation sees higher education as the only path to success.

The infrastructure plan includes costs for many industries. About 110 billion dollars will be spent on repair and construction of roads and bridges, 25 billion for airports, 66 billion for railways. $ 39 billion will be allocated for the development of the public transport system. However, the industry is facing a shortage of bus drivers, metro workers and maintenance technicians. The Metro Transit operator is trying to find around 100 bus drivers by the end of 2021. At the end of June, only 35 employees were hired instead of the planned 70.

S&P Global Ratings estimates that the bill could boost productivity and economic growth by adding $ 1.4 trillion to the US economy over the next eight years. But if the workforce does not match demand, efforts to rehabilitate old and build new highways, bridges and public transport will be wasted.

The senior vice president of Anchor Construction, which specializes in repairing bridges and roads, fears that there will not be enough workers for all planned projects. “I’d be surprised if any firm says it’s ready to carry out the plans of Congress,” Irwin said. The bill suggests that businesses will have to double the number of jobs. At the same time, the number of students in community colleges offering various vocational training programs has dropped sharply. A report from the National Research Center for Student Information Sharing (NSCRC) showed that student enrollment decreased by 9.5 percent.

Biden wanted to address the problem of labor shortages by providing $ 100 billion to establish vocational retraining centers, including for ex-prisoners. However, in the latest version of the infrastructure project, this proposal was abandoned.